KBFC vs HYD Dream11 Prediction: In the next match of Indian Super League, Kerala Blasters will be travelling to play an away game against Hyderabad. Kerala has won and lost a game each and is currently at 7th spot this season while Hyderabad is yet to win their first match in ISL and is currently at the bottom of the table.

The match is scheduled to start at 7:30 PM IST, on 2nd November 2019. The match will be played at G.M.C Balayogi Athletic stadium, home of Hyderabad.

Indian Super League will be telecasted on Star Sports Select Network. Live scores will be available on Hotstar.

KBFC vs HYD: Head to Head

The two teams will be facing each other for the first time.

Marco Stankovic – The Austrian international played for Pune City in last 2 seasons and was a crucial part of the squad. He is playing as a central midfielder and an is expected to play a key role in making the team’s first season a success.

Robin Singh – The 29-year-old forward is among the best players in the country and is certainly a key player for his team. He is an experienced player who is best known for his pace and skills in the middle.

Bartholomew Ogbeche – The 35-year-old Nigerian International plays as a forward in ISL since the last 2 seasons. He is best known for his pace and finishing skills. He has scored 2 goals in 2 appearances this season.

Sergio Cidoncha – The Spanish attacking midfielder is an experienced playmaker of the team. He is will be a crucial player in the middle and has already made 1 assist in 2 appearances this season. 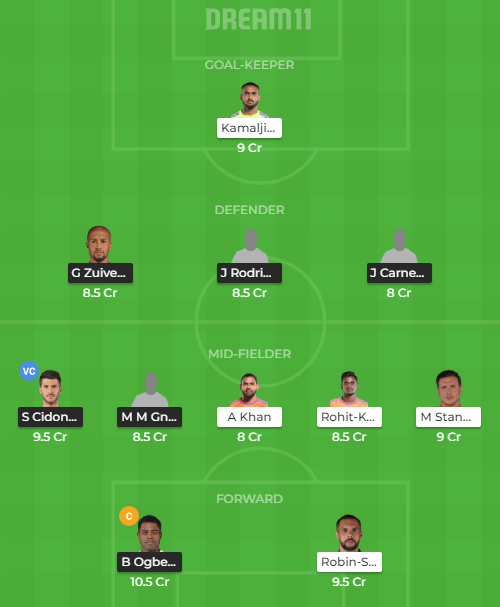