IR-W vs SC-W Dream11 Prediction:- Scotland Women will play against Ireland women in the Women’s T20 Quadrangular series encounter on Wednesday, in what is the 11th match of the series. Scotland-Women lost their first match against Thailand-Women, only to see them win the next 4 on the trot to seal the second spot. Their opponents, Ireland-Women have won just one game out of 5, while one of their games have been washed out.

All the matches in the league are played on the same ground. Most of the matches have been low-scoring affairs with the average first innings score looms around 100-110. There have been some exceptional performances as well, but largely, it has been more of a bowlers’ show.

The match between Scotland Women and Ireland Women will start at 2:30 PM IST. The match will be played at Sportpark Het Schootsveld, Deventer on 14th August, 2019 (Wednesday).

The match between Scotland Women and Netherlands Women will not be broadcasted in India. All the latest updates regarding the match will be available on Sportzcraazy.

SJ Bryce
SJ Bryce has been in good form and has played some outstanding innings, especially the one against Thailand, where she scored a match-winning 63 runs off just 57 deliveries. She had an off-day in the last outing and would hope to play another one of her match-winning innings.

K Mcgill
K Mcgill has been amongst the wickets for Scotland in the tournament. She has picked six wickets in the series and would be eking to add some more to her tally against the Irish.

K Fraser
K Frazer showcased a phenomenal spell in the match against Thaliand on Monday. She picked 3 wickets in her quota of four overs, giving away just 14 runs. She got another wicket in the next game against the Irisih, in a miserly spell, giving away just 12 runs. Undoubtedly, she will be one of the players to watch for Scotland.

Gaby Lewis
The opener has been in sensational form, and played an innings of a lifetime against the Netherlands-w, scoring 71, which unfortunately came in an abandoned match

Eimear Richardson
The all-rounder has been the lead bowler for the side and can play some shots in the lower middle-order. 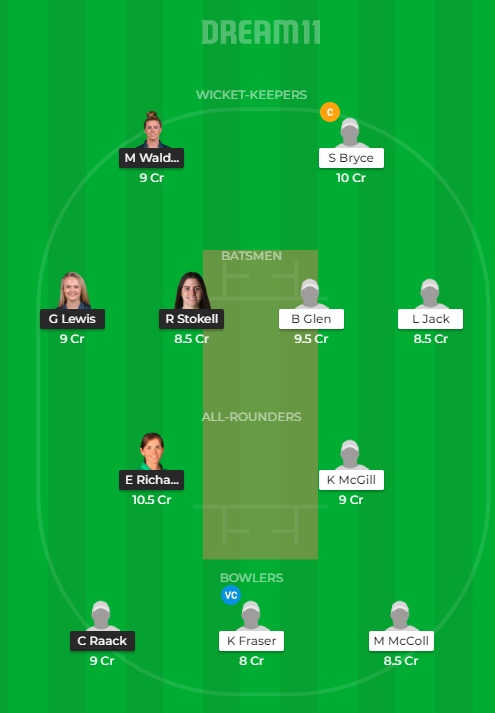 Catch all the live updates of IR-W vs SC-W cricket match, including live scores and match report. This time IR-W vs SC-W Dream11 Prediction will depend on the final team line-ups.