The last two days have been very upsetting for the Indians. After the death of the Bollywood Actors Irrfan Khan and veteran Rishi Kapoor, yesterday the former Indian football player Chunni Goswami also took his last breath. 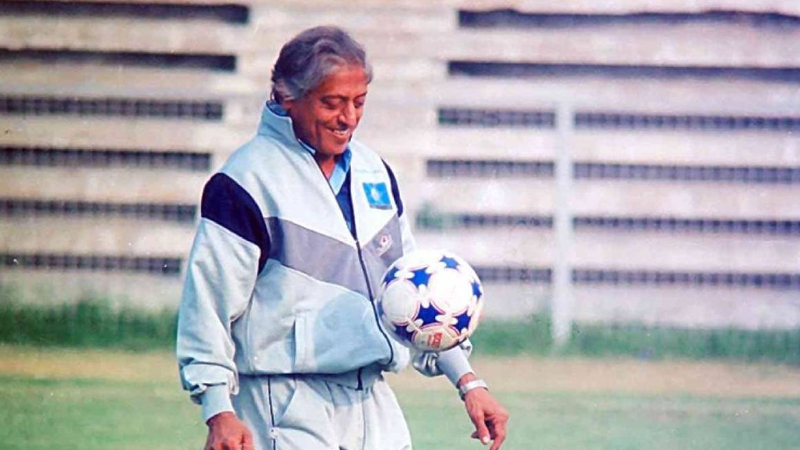 Chuni Goswami was one of the greatest football players India ever produced, and he is touted to be in the category of legends when it comes to Indian Football.


He died at the age of 82 in Kolkata West Bengal due to cardiac arrest. As former Indian Football players have expressed grief on the same where Baichung Bhutia said on his official twitter account “Rest In piece Chunni Da”.

Which was followed by a heartfelt tribute by Sunil Chetri one of the greats of the game by adding “We have lost a leading light in the world of Indian Sports Today? Not too many players can get a top-notch in two different sports. You have played your part to the fullest. rest well, Chuni Sir and strength to the family”.

We’ve lost one of the leading lights of Indian sport today. Not too many can boast of being top-notch in two different sports. You played your part to the fullest, rest well, Chuni sir. Strength to the family.

Let’s have a look at Chuni Legendary status and his contribution towards Indian Football as he was the captain of the Indian team during the 1962 Asian games gold medal when India scored a historic 2-1 win against South Korea in the final to land India second gold in Asian Games History.

Goswami made his debut for India in 1958 and made 36 International appearances for the country captaining in 16 of them and scoring 13 goals.

For his impeccable contribution in the game of football, he was given the Arjuna award and Padma Shri award from the government of India in the years 1963 and 1983 respectively.

Goswami represented Mohan Bagan for 15 years spanning between 1954 to 1968. He won 14 trophies as a captain for Mohan Bagan.

In 2005 he was awarded the Mohan Bagan Ratna and was bestowed the Banga Bibushan in 2013. The Indian postal department also honored Goswami with a commemorative before his 82nd birthday. The contribution that he has on Indian football is simply irreplaceable.