GED vs CHQ Dream11 Match Prediction, Live Score & Probable 11
In the next match of Chinese Super League, league toppers and hosts Guangzhou Evergrande will play against Chongqing Lifan. Both the teams have had a contrasting season till now, where one side has dominated the league completely, while the other side hasn’t been as consistent as they would have liked.

The Guangzhou Evergrande side will miss the services of Yu Hanchao and Yan Dinghao for this match due to injury, while Chongqing’s Alan Kardec and Chen Lei too won’t be a part for this match.

GED vs CHQ Match Timing & Match Details
The two teams will meet at Tianhe Stadium, home of Guangzhou Evergrande. The match is scheduled at 5:05 PM IST, on 15th August 2019.

GED vs CHQ Broadcast Details
DSport has broadcast rights for Chinese Super League in India. Live score updates for the game are also available. No official live streaming is available in India.

Guangzhou Evergrande Top Players:
Paulinho– The Brazilian midfielder has scored the most goals for his team in this season till now. With 15 goals to his tally, he has also assisted in 4 goals as well.

Yang Liyu– The attacking midfielder has been quite impactful for the club’s success this season. He has been involved in 16 goals this season where he has scored 4 and has assisted in 12 goals.

Chongqing Lifan Top Players:
Fernandinho Silva– The Brazilian has been the key in the middle as he can make through balls and crosses in the opposition’s half. The attacking midfielder has scored 5 goals and has made 2 assists.

Adrian Mierzejewski– The Polish attacking midfielder is another important aspect of the squad who has impacted the team performance. He has scored 4 goals while making 5 assists to name. 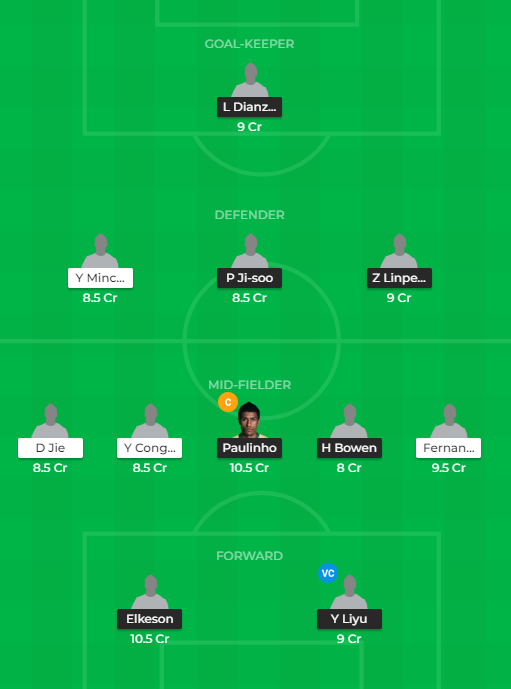