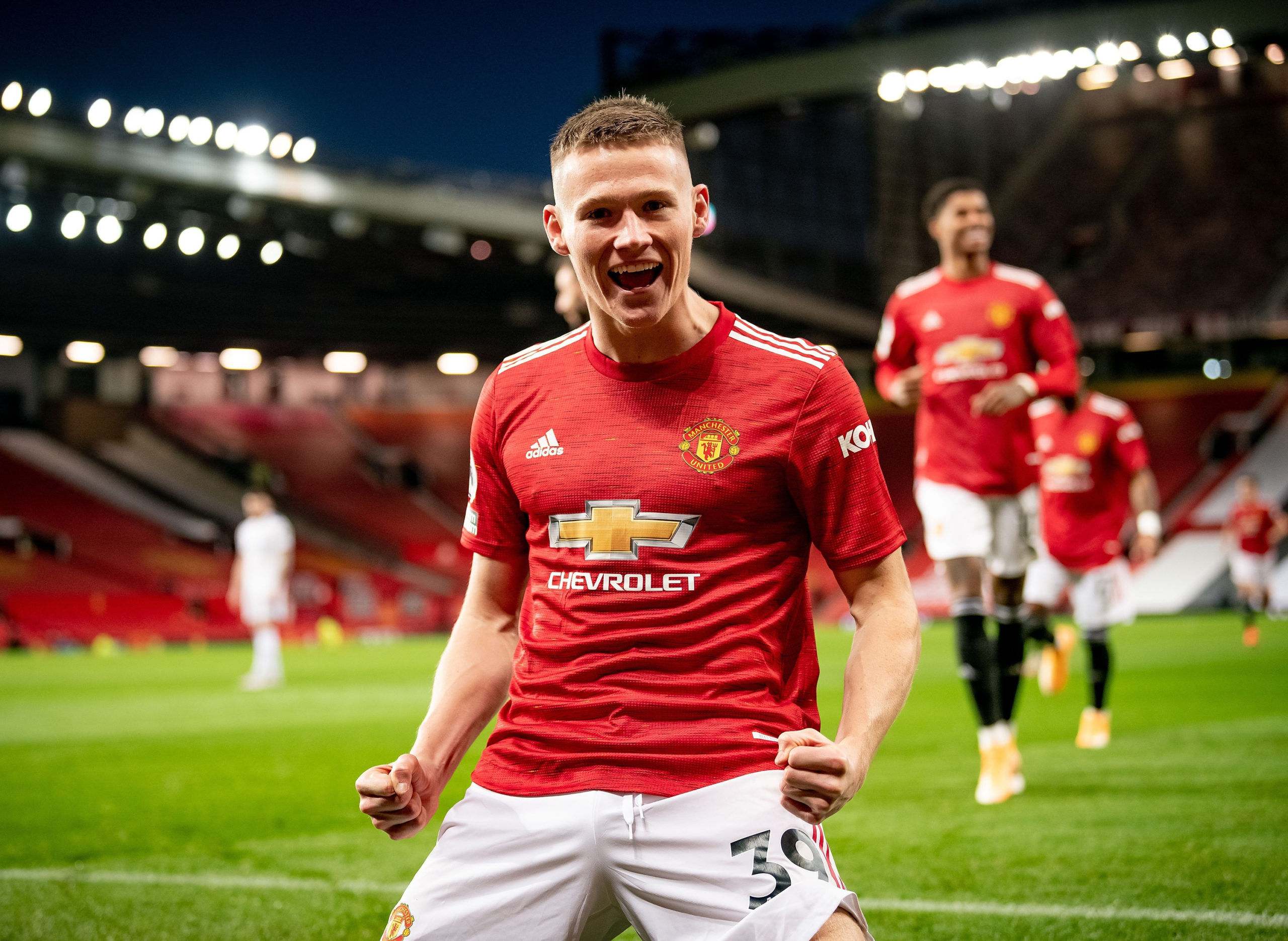 The Scotland international is more of a playmaker from the midfield, but he got off to a quick start to last night 6-2 win over Leeds United, showing his finishing qualities with early goals.

As part of Sky Sports’ coverage of the game, Gary Neville compared the midfielder to United legends Roy Keane and Paul Scholes for his all-round display.

“He’s driving forward, I’m not sure whether that’s in the tactics or if he just fancied it, but he’s gone and Martial comes inside, sees him running and he’s off.

“His first touch is brilliant, his second is sublime.”

Asked about being compared to McTominay, Keane told Sky Sports: “Probably more Scholesy to be fair.”

McTominay was happy to be in starting squad and he was just doing his a job to make his team win.

“You just go on the pitch to do your job,” he said, following the win.

“You don’t want to be getting too carried away. It’s nice to score two goals and the team do a really good job.

“For us the next game, every game, is a cup final and manager’s firmly reiterated that to us. Last we were far too inconsistent approaching games not in the right frame of mind but I feel like this year we have to be so dialled in, so focused in every way that we’re approaching games.

“It’s good that we scored six today. We said today in the dressing that we need to get used to scoring goals at home. It’s so important to have that fortress when teams come here.”