CRY vs MCI Dream11 Prediction: In the next match of the premier league, Manchester City will be travelling to play an away game against Crystal Palace. The City has won 5 of their 8 games this season and is currently behind Liverpool at 2nd spot while Palace after winning 4 games is at 6th position.

The match is scheduled to start at 10:00 PM IST, on 19th October 2019. The match will be played at Selhurst Park, home of Crystal Palace.

Premier League is telecasted in India on Star Sports Select Network. The live stream is available on Hotstar.

Raheem Sterling – the attacking midfielder is at his peak currently and has already scored 6 goals in 6 games.

Sergio Aguero – the Argentine has been in sublime form this season. The attacking midfielder has scored 8 goals and has made 2 assists so far this season.

Jordan Ayew – the attacking midfielder creates opportunities through counter attacks and has scored 3 goals so far. He also contributes well in the defense as well.

Patrick van Aanholt – the Dutch defensive midfielder is known for his pace and handling the ball. He has scored 2 goals so far this season. 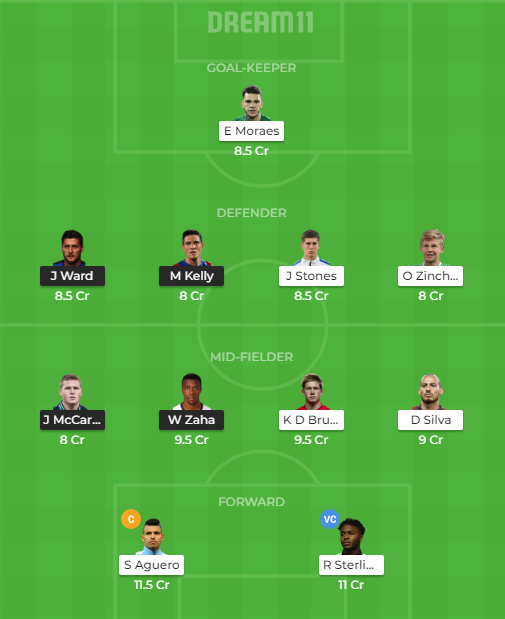