CHQ vs SHN Dream11 Prediction: In the next match of Chinese Super League, Chongqing Lifan will host Shanghai Shenhua at home. Both the teams are stuck in the middle of the table as Chongqing is at 9th spot while Shanghai is at 11th place in the table.

The match is scheduled at 5:05 PM IST, on 25th October 2019. The match will be played at Chongqing Olympic Sports Center, home of Chongqing Lifan.

Fernandinho Silva – the Brazilian has been the key in the middle as he can make through balls and crosses in the opposition’s half. The attacking midfielder has scored 5 goals and has made 2 assists.

Adrian Mierzejewski – the Polish attacking midfielder is another important aspect of the squad who has impacted the team performance. He has scored 4 goals while making 7 assists to name.

Giovanni Moreno – the attacking midfielder likes to play long balls. He has scored 11 goals so far this season. He contributes well in the defence as well.

Cao Yunding – the attacking midfielder is strong at crossing the ball and taking set pieces. He has made 11 assists so far this season. 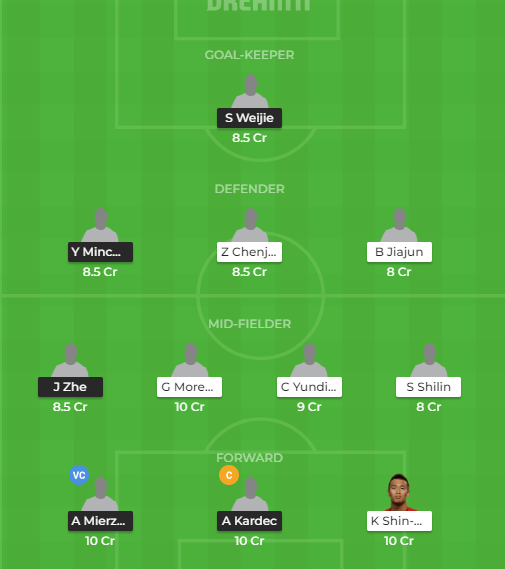