BAY vs HER Dream11 Match Prediction, Live Score & Probable 11
In the opening game of Bundesliga season 2019-20, the defending champions Bayern Munich will be facing Hertha Berlin at home. Berlin finished at the 11th spot last season and is up for a tough challenge in their season opener. Bayern will look to start off the season with a comfortable win and get the horses running for a long season ahead. 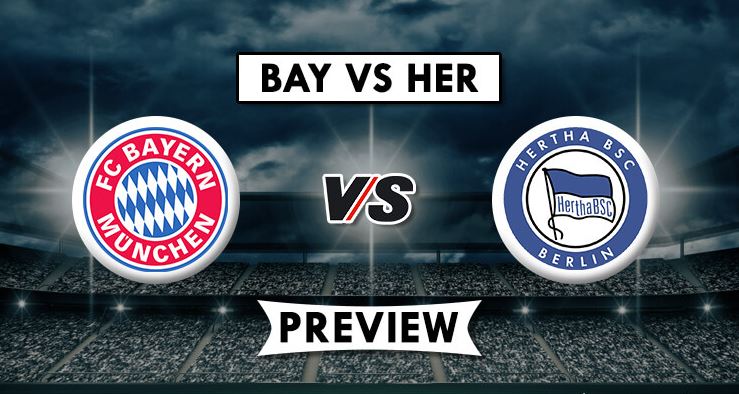 Bayern had a topsy-turvy pre-season but would be looking to change it around come the main season.

BAY vs HER Match Timing & Match Details
The match is scheduled to start at 12:00 AM IST, on 17th August 2019. The two teams will meet at Allianz Arena, the home of Bayern Munich.

BAY vs HER Broadcast Details
Bayern Munich vs Hertha Berlin match will be telecasted on Star Sports Select Network. Live score updates and live stream will be available on Hotstar.

BAY vs HER Best Players
Bayern Munich
Thomas Muller – The German forward is one of the top Bundesliga players currently. His experience in the middle is as valuable as his crosses and passes. He is a key player for the defending champions.

Leon Goretzka – The midfielder will play his second season for this club and will be shouldering more responsibilities this season. He had a good last season and would be hoping to improve more this year.

Hertha Berlin
Marko Grujic – The 23-year-old midfielder had an impressive run last season and is expected to get more responsibility after a promising start to his Bundesliga career.

Vedad Ibisevic – The Bosnian forward was in great touch last season and has been an integral part of the club for quite some time now.

Suggested BAY vs HER Dream11 Team 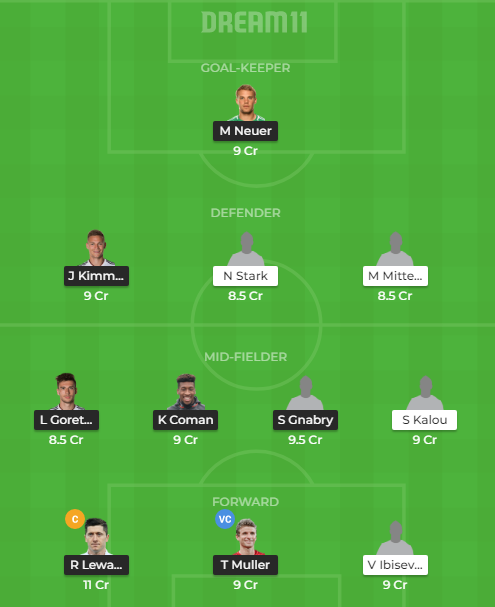 Catch all the live updates of BAY vs HER Football match, including live scores and match report. This time BAY vs HER Dream11 Match Prediction will depend on the final team line-ups.