AVL vs WHU Dream11 Prediction: In the next match of English Premier League, Aston Villa will be hosting Everton at home. Both the teams have had it tough in the first 4 games however West Ham has won back to back last 2 games. Villa with only 1 win till now is at 16th position currently while West Ham has made progress and is at 9th spot.

AVL vs WHU Match Timings & Details: The match is scheduled to start at 12:30 AM IST, on 17th September 2019. The match will be played at Villa Park, home of Aston Villa.

Aston Villa
John McGinn – the Scottish midfielder has scored 1 goal and 1 assist in the 4 league games till now and is looking in good touch this season.
Jack Grealish – the attacking midfielder has had an impressive start to the season and has an assist to his name as well.

West Ham United
Sebastian Haller – the French forward has scored 3 goals in as many matches he has played this season. He has good finishing skills and delivers key passes to keep the momentum going.
Mark Noble – The 32-year-old midfielder likes to play long balls and is good at making through balls. He has also scored 1 goal this season in 2 games he has played. 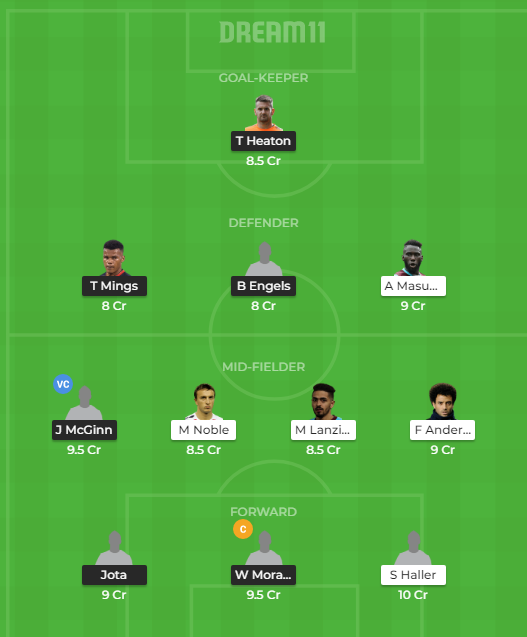 Catch all the live updates of AVL vs WHU Football Match, including live scores and match report. This time AVL vs WHU Dream11 Prediction will depend on the final team line-ups.