ARS vs RM Dream11 Prediction: In the International Champions Cup, Arsenal will be playing their last pre-season game of their US Tour against Real Madrid, who will play their second match of the pre-season. The Gunners will look to extend their unbeaten run in the United States, where they have beaten both Bayern Munich and Fiorentina. The Whites didn’t have the kind of start they would have wanted in their first pre-season game as they were defeated 3-1 by German champions Bayern Munich.

The match between Arsenal and Real Madrid is scheduled to start at 4:30 AM IST, on 24th July 2019. There will be no telecast in India, however, live score and live stream will be available on the tournament’s official website and Youtube channel.

ARS vs RM Head To Head:

Mesut Ozil – The German legend has been one of the most experienced players in the squad. The Gunners will keep a good eye on his performances going into the season as he remains their main creative spark.
Aubameyang Pierre Emerick – The striker will play his second season with Arsenal and will be excited to end the US tour on a good note.
Eddie Nketiah is the x-factor player from the Gunners and can be bestowed faith on, to come good.

Luka Modric – The Croatian midfielder has been one of the most important players for The Whites. His presence on the field is necessary to keep the momentum going.
Toni Kroos – The German international is another experienced midfielder who can change the fortunes of his team. He has the ability to find passes and can also shoot from distance.
Vinicius Junior is Real’s x-factor. 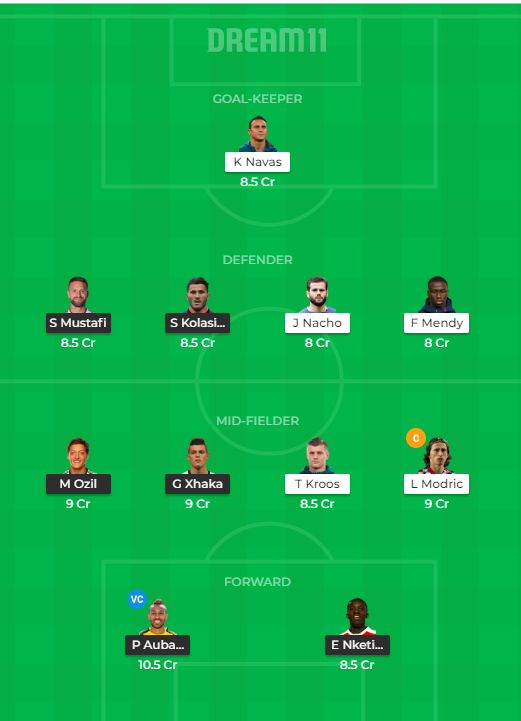