Born in Whangarei, New Zealand, Tim Southee is a cricketer as well as the current Vice President of the New Zealand cricket team. Although he has developed all kinds of swings in his repertory, he is an exceptional outswinger. He is a right armed medium fast out-swing bowler with meticulous accuracy and still remains to be an important lower order batsman. Apart from being a shrewd and astute bowler, this northerner is also known to hit the long ball on quite a few occasions. Debuting at the age of 19 in the year of 2008, Tim Southee was one of the youngest Kiwi players of New Zealand. 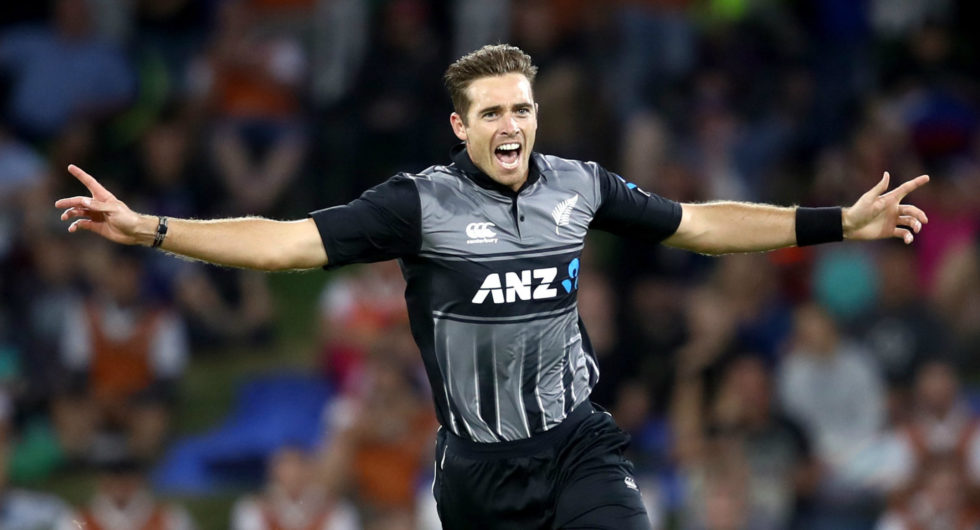 Tim Southee excelled in cricket and rugby both when he was studying at Whangarei Boys’ High School. He played against Bangladesh in 2006 ICC Under-19 World Cup on 5 February, in Colombo, Sri Lanka. In that tournament, he also played against Pakistan, Ireland, the USA, and Nepal. Southee shot to fame at his Second ICC Under-19 World Cup, in Malaysia in 2008 where he grabbed a five-wicket haul and smashed 77 runs off of mere 40 balls. Everyone was bound to take notice of this evolving 19-year-old batsman when he ended up being the Man of the Tournament. In the same year of 2008, Southee made his ODI Debut where he took 16 wickets in his six initial games. By the age of 19, he had already played 13 one–day matches, two full Twenty20 Internationals for New Zealand. Tim Southee was New Zealand’s seventh-youngest test debutant. 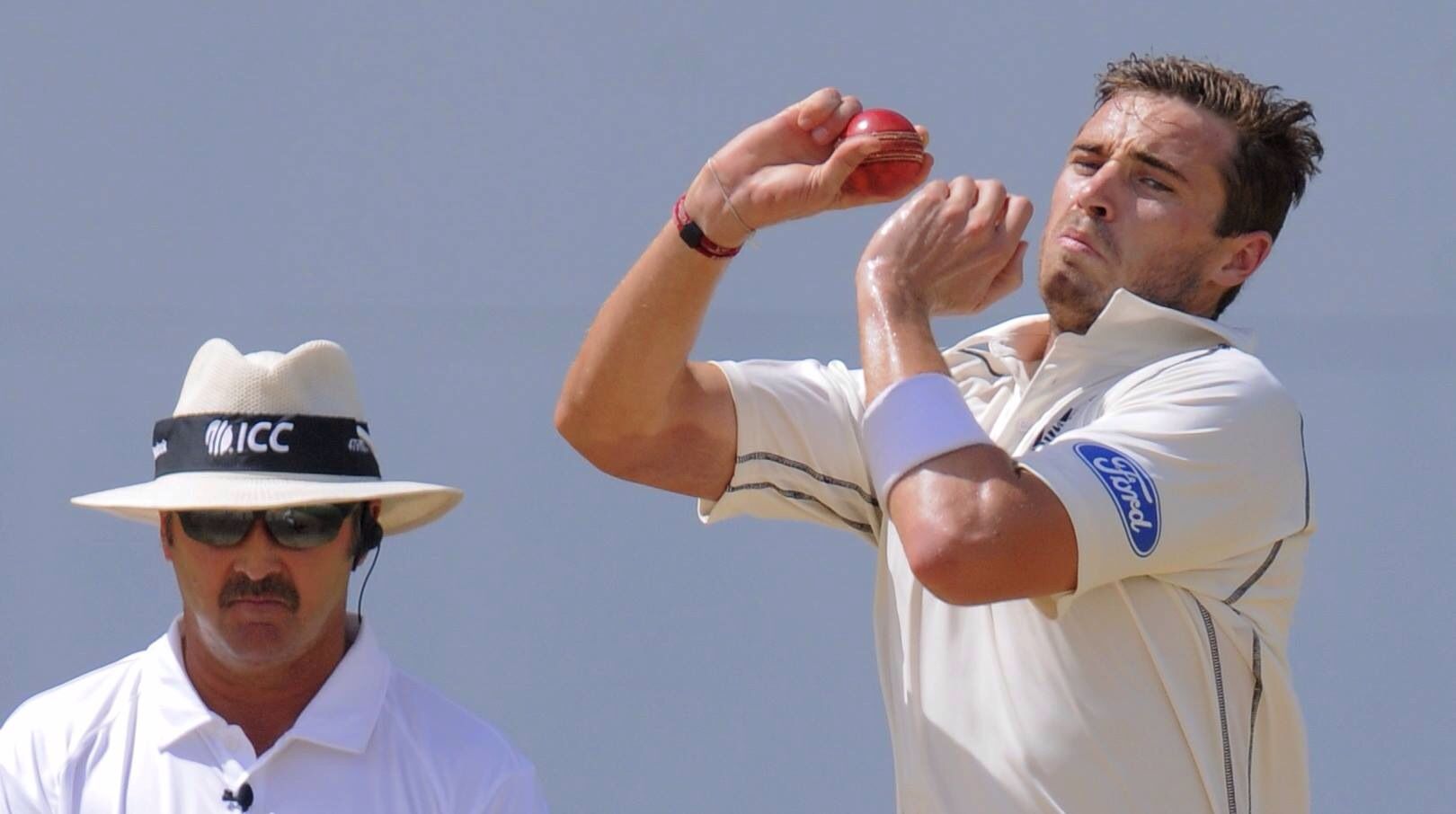 Southee is one of the youngest ever to play for his country and begin his international career. In the 2011 World Cup, hosted by India, Bangladesh, and Sri Lanka, Tim Southee played a very important role as he was proclaimed to be the third-highest wicket-taker. With an excellent average of 17.33, Southee scalped 18 wickets and was also named as the 12th man as well as the only New Zealander in the ‘Team of the Tournament’. During the 2012- 13 season, the win of New Zealand over Srilanka was greatly impacted by Southee. He took 12 staggering wickets under the average of 14. A stamp of Southee is seen somewhere or the other in most of the wins of New Zealand.

Tim Southee has taken part and played in quite a few T20 Leagues across the globe from which, IPL (Indian Premier League) was one of the notable ones. He represented some of the rather big teams like the Mumbai Indians and the Chennai Super Kings. In his Indian Premier League debut in 2011, he helped the Chennai Super Kings be victorious over the Kolkata Knight Riders. Over the course of the last few years, injuries have plagued and affected Southee and impacted his white ball career. However, his reputation and his skills ensure his name and position a vital place in the team list. 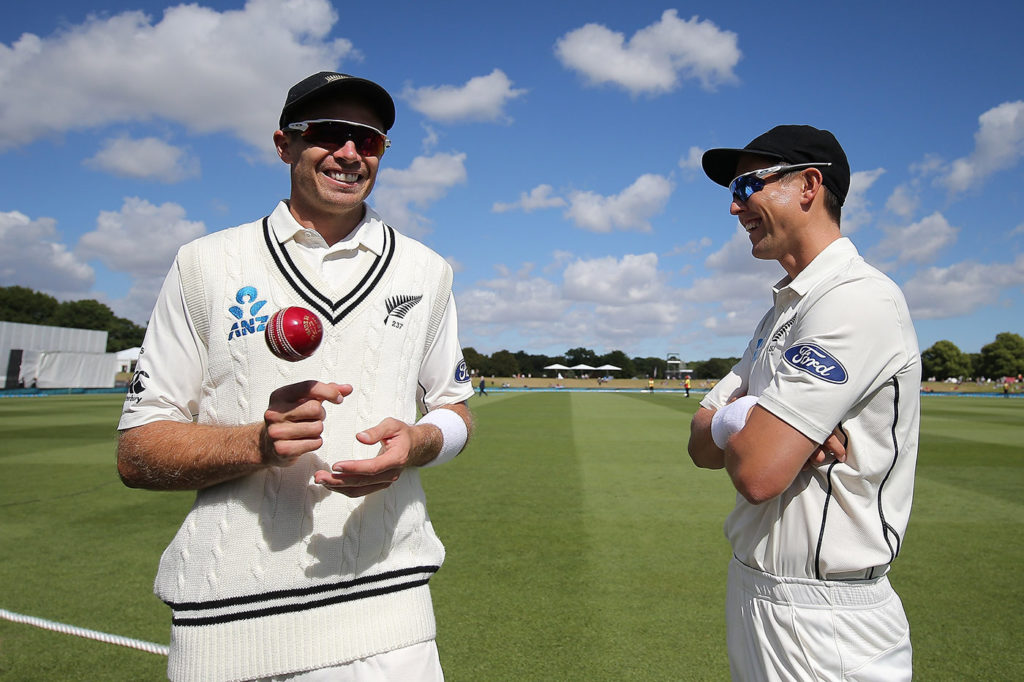 On 29 December 2017, Kane Williamson was ruled out due to an injury which resulted in Southee to be named the captain for the first T20I against West Indies. The team achieved a glorious victory under Tim Southee’s captaincy. He was again made the captain for New Zealand’s cricket team for the first T20I against Pakistan. Southee made his ODI captaincy debut for New Zealand during the ODI series against England due to the usual captain, Kate Williamson, being ruled out of the team for injury.

Developed into a genuine spearhead, Tim Southee mastered the skill of reading the surface quickly and his ability to adjust his pace, accordingly, over the years. He formed a staggering partnership with Trent Boult which is considered to be one of the best duos in the world. They have taken approximately 46 percent of all the wickets since 2013. With his experience which is invaluable, he mentors the other talented minds around him.