MTS vs ALT Dream11 Prediction: The Austrian Bundesliga (also known as Tipico Bundesliga) is all set to resume tomorrow with the first match to be played between Mattersburg and Altach FC at Pappelstadion Stadium in Mattersburg. Both the teams will be meeting each other in the relegation group game in Round 23 of the league. Altach is two games ahead of the Mattersburg and 8th in the Division Table, while Mattersburg is 11th in the standings with just five wins under its belt. MTS vs ALT Live Score and MTS vs ALT Match Highlights will be available on the Fan Code app and BET365 website. MTS vs ALT Match Prediction is given below:

Mattersburg is currently at the 11th place in the Tipico Bundesliga standings and also fifth in the relegation group. Due to their low-key performance, winning just five matches till round 22, they have been demoted down the standings. Heading into this home contest, Mattersburg has not won a single match at home this year. But they have won three Club-Friendly matches at home and scored more than four goals in all of those matches. They also scored a whopping 9:0 against Traiskirchen so that would be a major boost for them when heading into this game tomorrow.

Rheindorf Altach is 8th in the Tipico Bundesliga 2019-20 standings with 7 wins in 22 matches so far. They will be playing their second road contest this year and this match would be the second time they play against Mattersburg tomorrow. Altach has already been promoted to Europa League Playoffs and also the favourite to win this match. Philipp Netzer, Ousmane Diakite are injured so they won’t take part in this game, while Marco Meilinger and Julio Villalba are day-to-day for this road contest.

MTS vs ALT Head to Head: 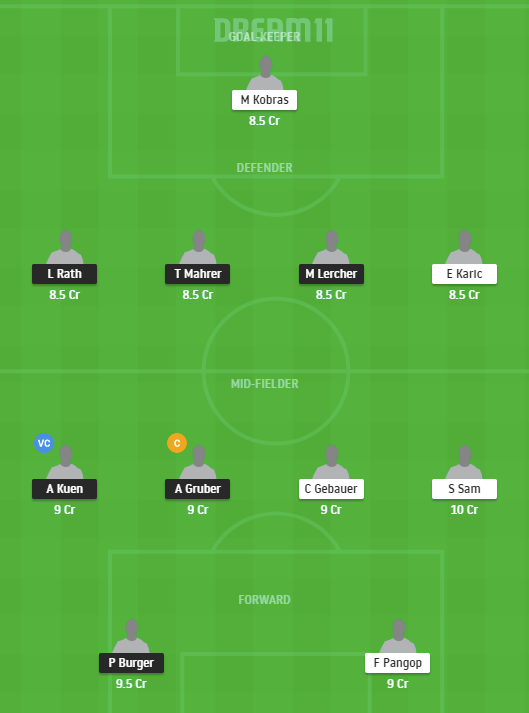