North East United FC will square off against Kerala Blasters FC in the 16th round match of the Indian Super League season. Both teams have had mixed fortunes so far this season, with NEUFC winning 2 and Kerala Blasters just 3 so far.

North East United FC has won just two games out of 13 matches this season, and are sitting at 9th on the table, 22 points shy off the top, but with 3 games less played than leaders FC Goa. They have 11 points from 13 matches, with 2 wins and 5 draws. A win here will take them level on points with opponent Kerala Blasters.

8th placed Kerala Blasters FC, on the contrary, have won just 3 games out of 15, and need to win this game to have any chance of getting something out of this season. If they win this match, it will see them climb 1 spot to 7th. KBFC has 14 points from 15 encounters.

North East United will square off with their rivals from the south of India in their 14th match of the season. The game will start at 7:30 PM Indian Standard Time on 7th January 2020.

The game will be held at the Indira Gandhi Athletic Stadium. You can catch up on the action on the Star TV network, and on Hotstar.  The live scores and scoreboard details will be available on the official websites.

NEUFC vs KBFC: Head to Head

Asamoah Gyan : The veteran striker is regaining his old form, scoring 4 goals and will look to add to the tally in the league, if he is cleared 100% fit to start. The 3-time World Cup player is forming a formidable partnership with Triadis and Tlang in the attack.

Redeem Tlang : This young Indian footballer is proving to be an able partner for Gyan, scoring 2 goals in 13 games, and adding a lot of pace to the attack. He would be looking to add to this tally as well, and help his team return to winning ways.

Raju Eknath Gaikwad: is a senior Indian footballer who plays as a defender in the Indian Super League. Gaikwad is very comfortable on the ball and can easily fill in as a full back even though he is right-footed, and is a long throw specialist. The team would be heavily relying on his leadership in defense to win matches, especially with the attacking unit not functioning effectively. He has been signed as a replacement to Sandesh Jhingan. 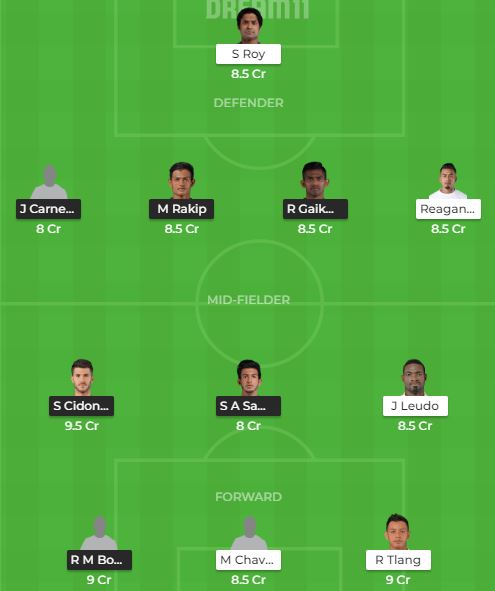