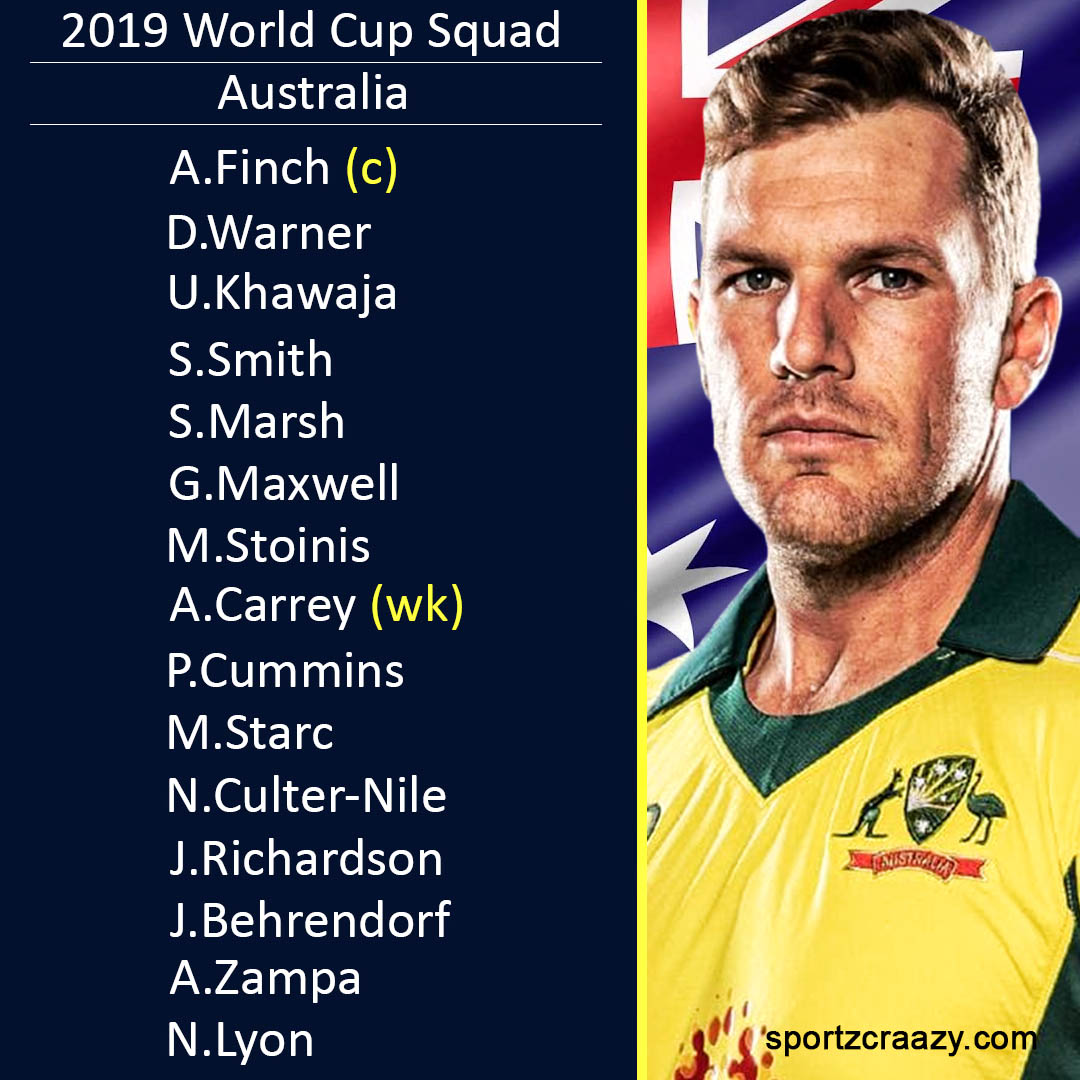 Cricket Australia has announced its World Cup squad for 2019 on Monday, 15 April. Former captain Steven Smith and David Warner have been brought back into the squad post-one-year suspension for ball tampering.

Australia Cricket Team Squad: Though Australia’s winning percentage in the year 2018 has been the worst of all the countries, the Kangaroos would still be considered favorites to defend its title.

Having won the series against India in India, followed by a 5-0 victory against Pakistan, Australia is once again looking a dangerous side and with the coming of Smith and Warner, it is well equipped to face fast English conditions. Mitchell Starc will spearhead the pace battery along with Pat Cummins, Jhye Richardson, Nathon Coulter-Nile, and Jason Behrendorff. However, Starc and Richardson’s involvement will be subjected to fitness as they recover from injuries.

Fast bowler Josh Hazlewood has been omitted from the squad who continues to suffer from a back injury which he picked up in the Test series against Australia.

Australian batsman Peter Handscomb is also one noticeable omission from the squad. One of the strongest cases for the World Cup selection, Handscomb averaged more than 40 in 13 matches he played last year only to make way for Alex Carry as the only wicket-keeper in the squad.

While Shaun Marsh has been selected in the squad owing to his limited overs performance in last one year, his brother Mitchell Marsh has been omitted from the squad who was recently selected as Australia’s vice-captain in the Test side.

Having seen a rough patch last year, opener Aaron Finch has come back to sublime form just a couple months before the World Cup. Finch scored as many as 451 runs in five ODI against Pakistan. Finch is now second in the list of batsmen scoring the most number of runs in a bilateral ODI series. 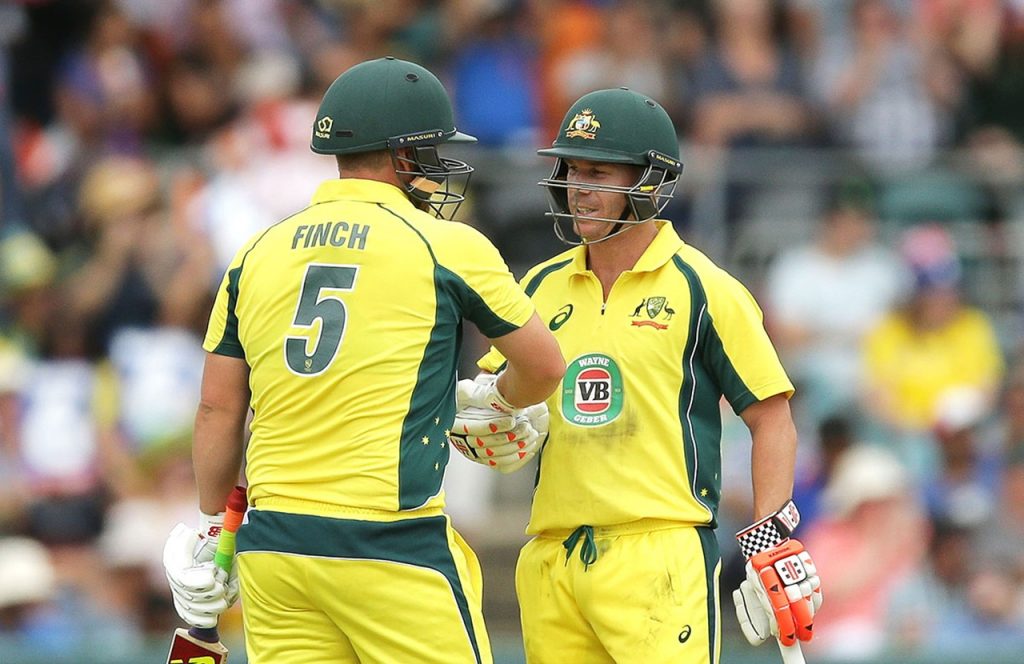 Although Usman Khawaja is also in prolific touch owing to his impressive run in the series against India and Australia, David Warner is likely to open with Finch in the World Cup. 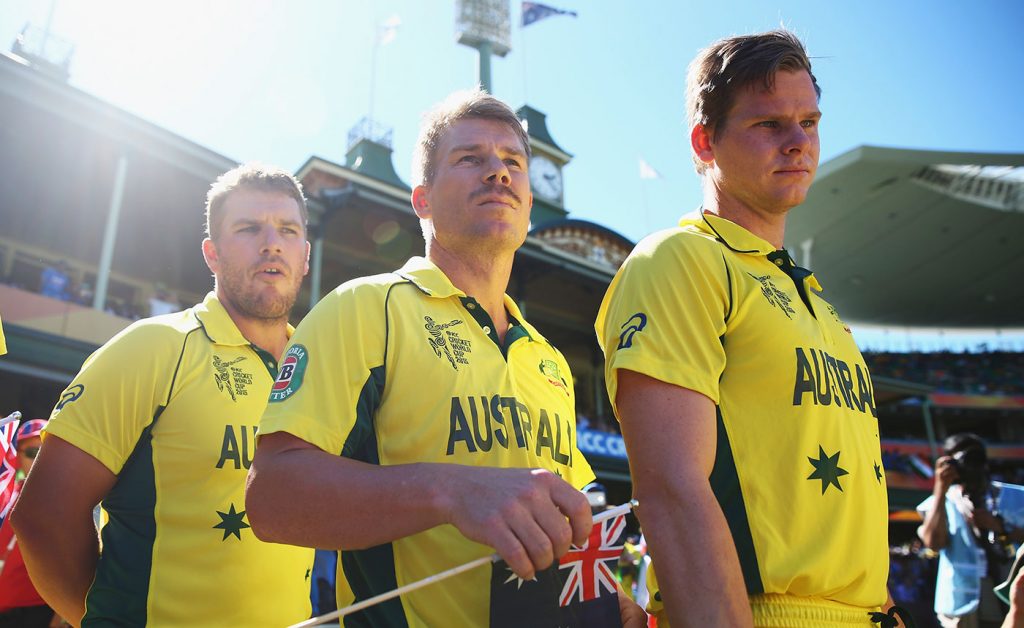 Steven Smith though didn’t enjoy much success in the season so far. The 29-year-old batsman has only scored 295 runs in nine matches he has played this season. He will look to improve his number before heading back to Australia for the World Cup preparations.

“Given the depth of talent and competition for spots there were a number of tough calls we had to make to settle on our squad of 15,” said Trevor Hohns, the chairman of selectors. “Unfortunately, from the recent squad which toured India and the UAE, Peter Handscomb, Ashton Turner and Kane Richardson have made way for the above inclusions [Smith, Warner, and Starc], but all three have been included in Australia A squad for the tour of England.

“Josh Hazlewood has also been named in Australia A squad. Having not played at the highest level for some time, we feel this will provide him with the best preparation to get some quality cricket under his belt. Our focus is to have Josh back bowling at his best for the commencement of a big Ashes Tour.”