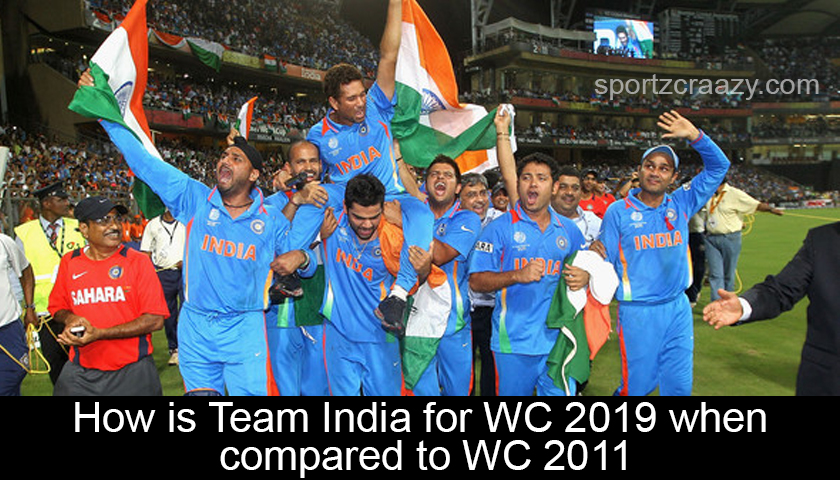 This worldwide event brings families together, people of different caste and creed, different religions, both the younger as well as the older generation together under one roof to watch one of the most awaited events-The Cricket World Cup.

India has always been on the pedestal when it came to the cricket world cup. The upcoming 2019 cricket world cup has already started to trend with people predicting this time’s Indian team.

Let us compare the Indian World cup team back in 2011 to their predicted team now in 2019. They have come a long way. The Indian Team has won two world cups up until now, will this be their chance to win their third title?

The daunting captain MS Dhoni captained the team by playing the role of wicketkeeper and also was a Right-Handed Batsman, who brilliantly steered the team. The Vice Captain, Virender Sehwag took the role of the Top-Order Batsman, and also bowled a few overs. Ravichandran Ashwin who at the age of 24 was an all-rounder player along with Piyush Chawla who at that time was just 22 was an all-rounder as well as a left-handed Batman.

The mighty Gautam Gambhir who carved a niche for himself also played an essential role in the team. Harbhajan Singh, although he was involved in a few misdoings, he always played well on the field. Zaheer Khan was also a part of the 15 played world cup squad and at the age of 32 was a right-hand batsman and was also a left-arm fast-medium bowler.

One of the most sought after players, Virat Kohli was also a part of the world cup team at the age of just 22 years playing one of the most critical roles in the team- Top-order batsman. He was a right-handed bowler and bowled left-arm medium fast. Munaf Patel and Yusuf Pathan were also crucial players in the team. Suresh Raina, another very important batsman’s playing role was that of a middle-order left-handed batsman who also bowled right-arm off break.

Sreesanth at 28 years old bought both entertainment as well as his game face to the field. He played impeccably. This man has won many hearts, as well as many cricket matches. Sachin Tendulkar is a top-order right-handed batsman who has scored more runs than any other batsman in the Indian Cricket Team. Yuvraj Singh is a middle-order batsman who also is a slow left-arm orthodox bowler. 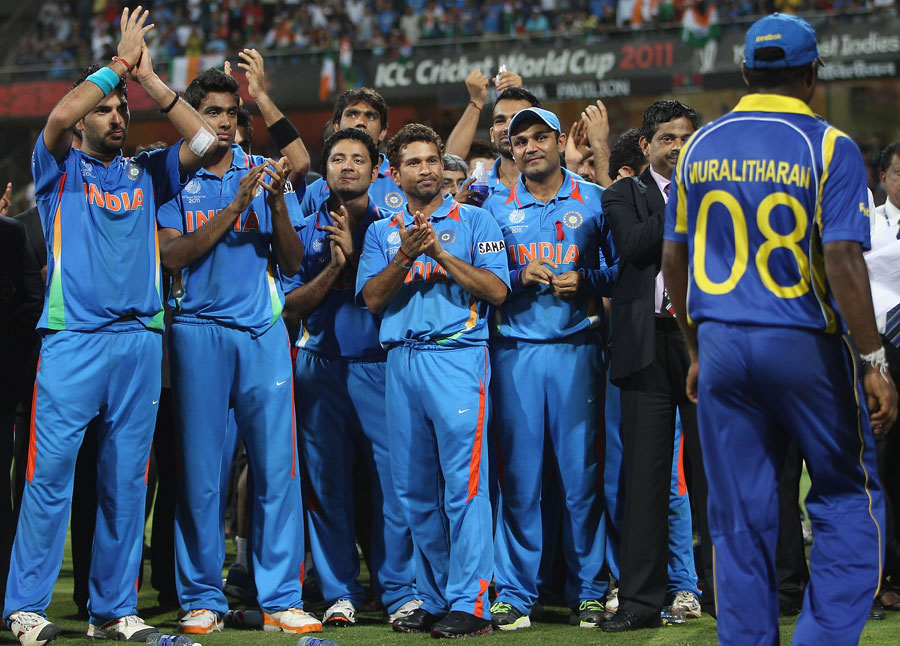 The Indian Cricket team won the 2011 World Cup after playing against Sri Lanka in a nail-biting match. The match took place on April 2nd, 2011 in Mumbai. India won by six wickets with ten balls remaining.

In the semi-finals, they played against Pakistan at Mohali on March 30, 2011.

Both the matches were extremely well played and kept us hooked on to our television screens.

Virat Kohli has a very high chance of becoming the captain of this mighty team. This is a straightforward decision because after all,l he is called the run machine for a reason. This is the first time Virat Kohli will be leading the Indian Cricket team at the World Cup. He holds the ICC ranking as No.1 in the ODIs. Let’s hope that this talented cricketer can bring home the trophy! Rohit Sharma, the one and only hitman, might just end up becoming the vice-captain considering his immense skill and outstanding knowledge. He will be opening as the batsman for Team India, and is by far one of the best openers in the world, with an impressive record. We can definitely expect a double century from the vice-captain at the World Cup 2019.

Shikhar Dhawan, another force to reckon with has played phenomenally in all the ICC events. He is known for his consistent performance and never misses out in the crucial matches. There is a high chance that he will open with Rohit Sharma. KL Rahul has proved himself after scoring countless runs in the Kings XI Punjab team. He can play the role of the third opener if Dhawan and Rohit just happen to mess up, which is highly unlikely. 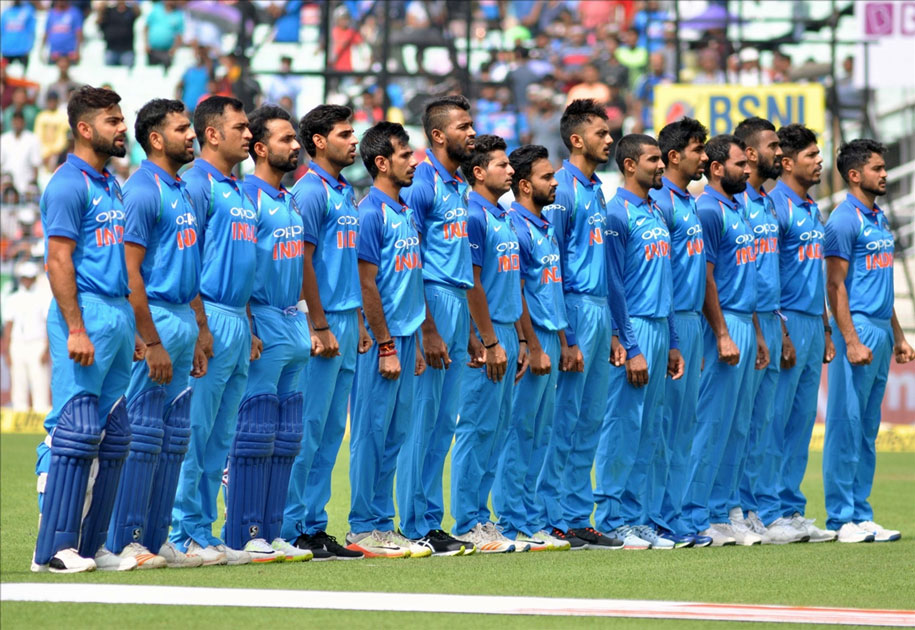 Our man, M.S Dhoni, the spectacular world cup winning captain of 2011 will mostly be playing his last and final ICC World Cup under the captainship of Virat Kohli. His almost theatrical performance along with this calm demeanor helps India stay calm in all stressful situations. His incredible performance both as a batsman and well as a wicketkeeper is bound to bring India the trophy. Dinesh Karthik who is currently the Kolkata Knight Riders Skipper can get the role of the reserve wicketkeeper. He has worked extremely hard on his batting strokes and is the epitome of hard work bringing success. Because of his experience in this field of, he will bring a lot to the table.

Suresh Raina may or may not be a part of the World Cup team 2019 due to his struggle with his form. Back in 2011, he brought his best game, and his brilliant performance put India through to the finale after his brilliant innings against Australia and in the semi-final against Pakistan.  Ajinkya Rahane, the man responsible for India’s ODI series win in England. His performances overseas are proof that he will make a budding member of the dream team. He is dependable and always has his game face on.

Hardik Pandya, the amazing all-rounder, clearly one of the best all-rounder not only in India but perhaps the entire world. He comes to the field in style and lights it on fire with his unbelievable fielding skills, and mesmerizing shots.  His fast-medium bowling will play a significant role in the world cup and can come in handy. Bhuvneshwar Kumar is exceptional with the ball. He is too good at swinging the ball in both the directions and can trick the batsmen with his deadly slow balls, yorkers and knuckleballs.

Jasprit Bumrah is famous for his unorthodox bowling action. His bowling includes spectacular yorkers at the death never gives way to the big shots, hence giving no momentum away at the beginning. Siddarth Kaul has performed brilliantly in the IPL representing the Hyderabad Sunrisers. He has received the first cap in IT-20 against England.

Umesh Yadav is a fantastic bowler and has made him a regular in the Indian Team. Because of his impeccable work, he is very likely to be part of Indian Team next year. Kuldeep Yadav takes wickets after wickets at every ground. He is spectacular at what he does and does not go down without a fight. This quality of his will earns him the ticket to the World Cup 2019.  Yuzvendra Chahal is known for his googlies. This impeccable leg-spinner has become a star and is easy for the WC 19.