Zelina Vega Biography: The Megan Trinidad, popularly known by her ring name Zelina Vega, is an American professional wrestler. Currently signed to World Wrestling Entertainment for Raw brand. Thea developed her interest in wrestling since her childhood when she used to watch professional wrestling with her father and brother.

Thea, under the ring name Rosita, joined  Total Nonstop Action Wrestling (TNA), where she teamed up with Sarita to defeat Love and Winter for the TNA Knockouts Tag Team Championship. In 2017, Trinidad signed a contract with WWE and was assigned for training at the WWE Performance Center. She began to appear on WWE’s developmental territory NXT where Thea changed her ring name to Zelina Vega accompanied Andrade “Cien” Almas. Vega made her in-ring debut for NXT, where she teamed with Almas to be defeated by Johnny Gargano and Candice LeRae.

In 2018, Vega made her WWE’s main roster debut on Smackdown where she battled Lana and defeated her in her debut match. Vega has recently been drafted to Raw as a part of  2019 WWE Superstar Shake-up. 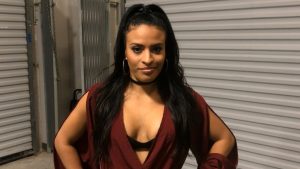 Thea Megan Trinidad was born on December 27, 1990, in Queens, New York. From a very young age, Thea started taking interest in professional wrestling and used to watch with her father Michael and younger brother Timothy. Alongside wrestling, She was also involved in swimming and baseball. Trinidad was only 10 years old when her father was killed in the 9/11 attacks.

Her mother Monique Ferrer described her story and even shared experience of the attacks with her husband’s death to StoryCorps. Trinidad also participated in charitable causes such as Habitat for Humanity.

Thea Megan Trinidad resides in Tampa, Florida, United States. She is married to WWE wrestler Aleister Black back in 2018. They reportedly dated for a year. The couple first met each other on NTX Championship. Before being hitched to Black, Trinidad was rumoured to be dating Andrade and even Austin Aries.

Trinidad was also appeared in the documentary named Children of 9/11 and on the first anniversary of the September 11 Memorial Ceremony. 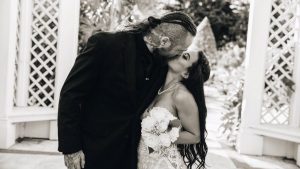 Trinidad started her professional wrestling career in 2010 by taking wrestling training under Javi-Air, Azrieal, and T.J. Perkins. Soon after her training, she joined National Wrestling Superstars (NWS)  where she changed ring name to Snookie Fly. She again changed her name as  Divina Fly in 2010, when she made her debut for Women Superstars Uncensored (WSU). She teamed up with Niya to form a tag team named as The Fly Girls. The duo tasted a defeat in WSU Tag Team Championship match. 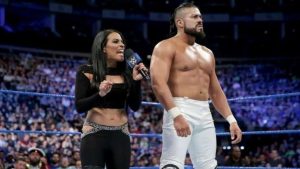 Trinidad signed a contract with WWE and was assigned for training at the WWE Performance Center. She began to appear on WWE’s developmental territory NXT where Thea changed her ring name to Zelina Vega accompanied Andrade “Cien” Almas. Vega made her in-ring debut for NXT, where she teamed with Almas to be defeated by Johnny Gargano and Candice LeRae.

Vega made her WWE’s main roster debut in 2018 where she was put against Russian beauty Lana in a winning result. At Summerslam, she teamed up with Almas and defeated Lana and Rusev. She bagged a golden opportunity to create history at Wrestle mania 35 by participating in the Women’s Battle Royal, but failed to bag the victory. 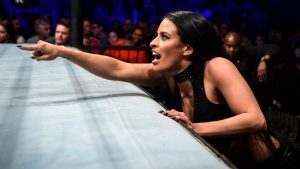 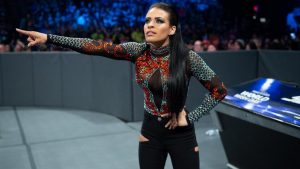