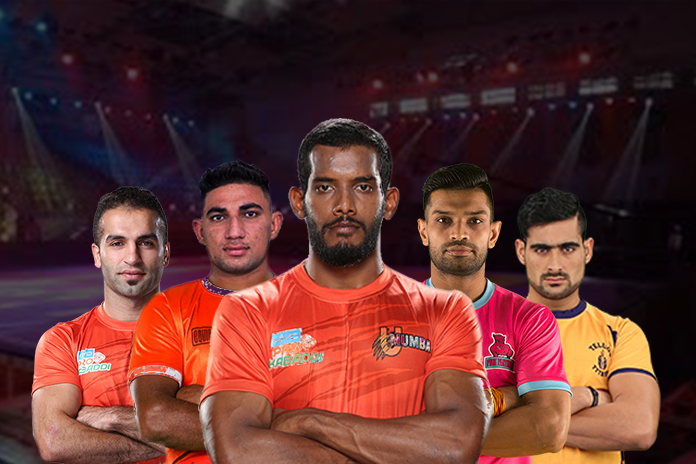 Top 10 Players Most High 5s in Pro Kabaddi: Kabaddi is played in a high-voltage environment, where the players are highly charged-up during the game. Though it’s a team coordination game, it’s the contribution of some star players who play a vital role in the team’s success.

Scoring 5 or more tackle points in a single game by a player results in a High 5. It is considered an ultimate glory of Honor for a defender and here, we take a look at the players who have mastered this art and have collected to most “High 5’s”

He is a versatile all-rounder, who made his mark in the inaugural season of Pro Kabaddi League. The all-rounder earned the tag of “One Man Army”. He has the most number of High 5s, 22 times, in a total of 94 games, where he put in 547 tackles. He is playing for Tamil Thalaivas as one of their lead all-rounders.

The right corner defender is one of the best corner defenders in the game, his records providing testimony to the fact. Due to his admirable skills, he already has 20 High 5s in as many as 89 matches and 519 total tackle attempts. This makes him the second most ‘High 5s’ scoring player. This year he will be playing for Dabang Delhi K.C in PKL season 7.

The current captain of the team Puneri Paltan, Surjeet Singh has already scored 16 High 5s in just 50 games. He is a hawk-eyed right cover defender who relents on the mistakes committed by the opposition raiders. He has scored 20 High 5s in 74 matches, pitting him as the joint second for most ‘High 5’s’ scored.

Surender Nada is a left-corner specialist who has tasted success due to his impeccable skills in the entire journey of Pro Kabaddi League. He is one of the finest defenders, and despite not playing a number of games due to injury, he still manages to claim the fourth spot in the charts for ‘Most High 5s’ scored. In his total attempt of 406 tackles, he has managed to yield 19 High 5s in 71 matches.

The right-corner defender is a tough contender on the mat. He counts on the chances dropped by the opposition raiders. In as many as 92 matches till Pro Kabaddi Season 6, he has managed to achieve 17 High 5s. He will turn up for Tamil Thalaivas in Season 7.

The current captain of U Mumba is one of the most successful foreign players in Pro Kabaddi League and has emerged as one of the leading defenders. He is a left-corner specialist who knows his game very well. He has bagged 17 High 5s in 81 matches played in the league up to Pro Kabaddi Season 6. As the Pro Kabaddi Season 7 progresses, he will look to add to the tally.

The U Mumba all-rounder is a reliable performer who already has a good record in both raiding and defending. As early in his career, he started as a defender, his figures in the Pro Kabaddi League reflect his defending skills. He has bagged 15 High 5s in 103 matches he has played.

Girish Ernak is an impactful defender who made his mark in the first season of the League. He takes over the total responsibility of the corner side and has fared nicely till now. He has a total of 15 High 5s in 90 matches. His breakthrough year came in 2017 when he turned up for Puneri Paltan in Pro Kabaddi Season 5 and the Maharashtra side has invested on him yet again and would expect even better performances from him.

The defender who is in the UP Yoddha side has a decent record in tackling. He specializes in the right corner and he also became the first defender to score 100 tackle points in VIVO Pro Kabaddi League campaign. In 44 matches he has 12 High 5s till season 6.

One of the most experienced defenders in the sport, Cheralathan captained Patna Pirates to their maiden Pro Kabaddi title. The 44-year-old with his experience yielded 11 High 5s in 100 matches he has played till the last season. Haryana Steelers will be hoping the same consistency from the veteran in this season. 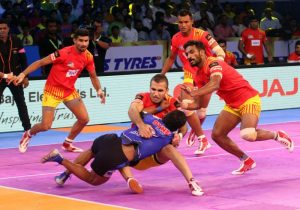 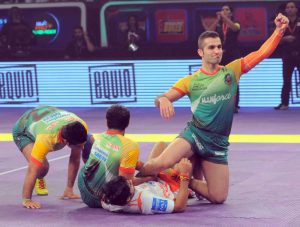 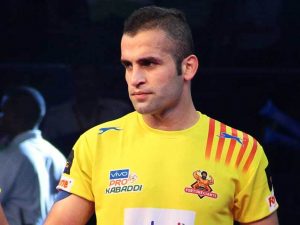 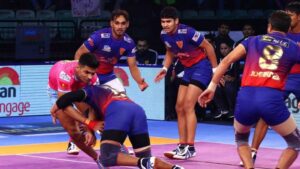 PKL 2021: Key Battles of today’s contest between UP Yoddha vs Dabang Delhi KC, U Mumba vs Telugu Titians and Gujarat Giants vs Patna Pirates
Join us: