Baron Corbin Biography: Thomas Pestock, popularly known by his in-ring name Baron Corbin, is an American professional wrestler, working in World Wrestling Entertainment on Raw brand. Baron Corbin recently won King of the Ring Tournament 2019 by defeating Chad Gable in the final match on Monday Night Raw. Corbin was announced as one of sixteen competitors in the King of the Ring tournament.

Baron Corbin came into the limelight after he made his main roster debut at “The Grandest Stage of them all” Wrestlemania 32, where he defeated Kane to win the Andre The Giant Memorial Battle Royal in 2016. Baron Corbin has been considered as one of the prominent professional wrestlers of WWE’s modern era.

Pestock is a one-time United States Champion, 2017 Money In The Bank winner, the winner of André the Giant Memorial Battle Royal and current King of the Ring winner, pushing the legacy to the next generation superstars.


Before becoming a full-time professional wrestler, Corbin is a former offensive lineman for the Indianapolis Colts and Arizona Cardinals of the National Football League (NFL). He is also a three-time Golden Gloves champion and a former grappling champion. 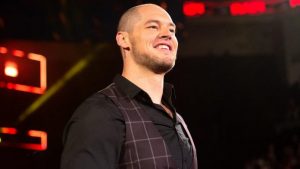 Thomas Pestock was born on September 13, 1984, in  Lenexa, Kansas, United States. Before he set his career in professional wrestling, Corbin was involved in boxing and football, having an interest in sports.  He became an amateur boxer, bagging Kansas-Missouri Golden Gloves regional championship twice in 2007. In the year 2008, He took part in the Golden Gloves National Tournament of Champions in the super heavyweight division.

For those of who don’t know, Corbin also enjoyed a professional stint in football. He joined  Northwest Missouri State University where he played for the Bearcats as an offensive guard in NCAA Division II. In 2007, Corbin bagged an honourable mention in all-MIAA in 2007 followed by his inclusion in the first team all-MIAA in 2008.

Baron Corbin resides in Tampa, Florida, the United States with his wife Rochelle Alexandra Roman. The coupled tied the knots on April 29, 2017. His wife Rochelle is a licensed Registered Nurse in Florida. They don’t have any kids until now and living a very happy life together.

Corbin’s father passed away in the year 2008. 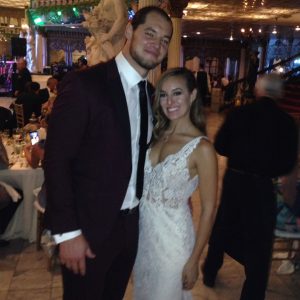 Corbin began his professional wrestling career in 2012 when he joined WWE NXT under the in-ring name Baron Corbin. Unfortunately, Corbin lost his first-ever WWE match to Dante Dash. During his tenure with NXT, he tried his luck to become NXT Champion, however, he failed to bag the victory every time. He feuded with several wrestlers and made his own name in the business.

Baron Corbin was also failed to qualify for the André the Giant Memorial at WrestleMania 31 Axxess, losing to Finn Bálor in the first round of a tournament. Corbin defeated Tucker Knight in his final NXT appearance.

Pestock made a supreme main roster debut by participating and winning the André the Giant Memorial Battle Royal at Wrestlemania 32. Corbin feuded with several superstars like Dolph Ziggler, Jack Swagger, Apollo Crews, AJ Styles, Dean Ambrose, and Kurt Angle. WWE Hall of Famer Kurt Angle gave a golden opportunity to Corbin to be his opponent for WrestleMania 35 in his farewell match. Corbin defeated Angle at the event. 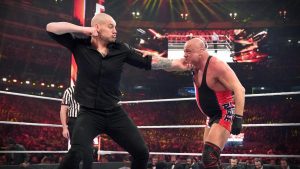 Corbin also feuded with WWE Universal Seth Rollins challenging him for the championship selecting Lacy Evans as a special guest referee. However, Rollins beau and Raw Women’s Champion Becky Lynch attacked Evans and took her out of the match. Rollins defeated Corbin to retain the championship.

Baron Corbin has recently won King of the Ring Tournament 2019 by defeating Chad Gable in the final match on Monday Night Raw.  Corbin defeated The Miz in the first round followed by Cedric Alexander in the quarterfinals, Ricochet and Samoa Joe in the semifinals. Corbin was announced as one of sixteen competitors in the King of the Ring tournament. 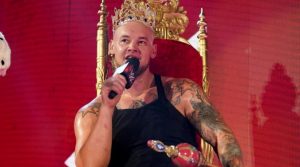 Corbin won André the Giant Memorial Trophy in 2016.
Corbin became King of the Ring winner in 2019.
Corbin won Money in the Bank in 2017.

Corbin joined Northwest Missouri State University for sports but there is no exact information about his graduate school.

WWE wrestler Thomas Pestock’s estimated net worth is aggregated to be $2 million.