Unarguably, the greatest captain India has ever had, MS Dhoni has given his nation countless memories to rejoice. The former Indian skipper boasts of being the only captain in the history of the game to have won all the ICC trophies. With a young side at his disposal, MS Dhoni led India to win the inaugural T20 World Cup in 2007. The year 2011 saw India lift the 50-over World Cup after waiting for 28 years. This was followed by ICC Champions Trophy in 2013.

As far as the Indian Premier League is concerned, MS Dhoni is counted amongst the most successful captains in the history of the tournament. MS Dhoni led Chennai Super Kings to three IPL titles.


Over the years, he has scored some of the outstanding knocks in the cash-rich league. To be honest, it would be quite difficult to shortlist Dhoni’s top 5 best innings in IPL as he has played countless heart-warming knocks in the league.

On that note, here’s a look our top five Best Batting Performance of MS Dhoni in IPL: 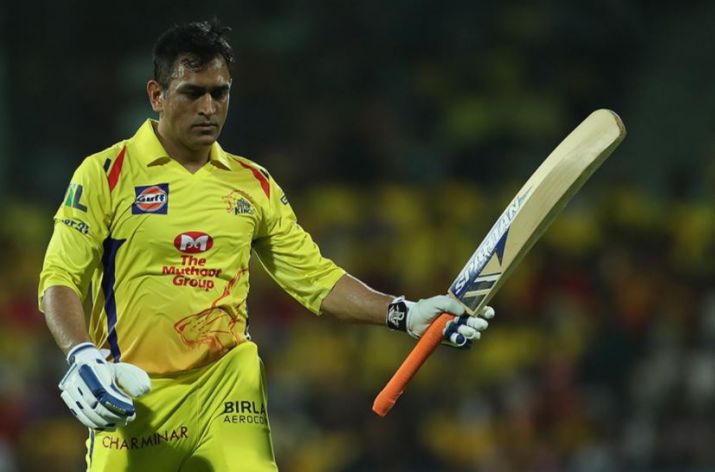 Perhaps, the MS Dhoni Best Innings in IPL has played against Mumbai Indians in his IPL career. It was one of the many occasions when MS Dhoni stood up for his side in a knock-out game. CSK beat Mumbai Indians in the eliminator to knock them out of the tournament.

Batting first, Mike Hussey and Subramaniam Badrinath set the foundation for a big total, having stitched a valuable 93-run partnership for the third wicket.

Coming in at number five, MS Dhoni went berserk right from the word go. He took the bowlers to a leather hunt, scoring 51 runs off just 20 balls. He hit six fours and two sixes during his stellar knock. CSK posted 187 in their first innings and restricted Mumbai to 149 in the second innings. 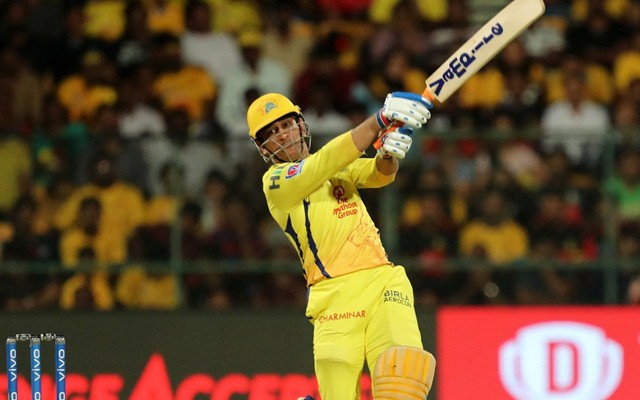 Making its comeback after two years of suspension, CSK gave its fans its third title by winning the league for the third time. MS Dhoni was once against brilliant with the bat, scoring 455 runs in 16 matches at an average and strike rate of 75 and 150.

His knock of 70 runs off 34 balls against RCB is fourth on our list of top 5 innings of MS Dhoni in the IPL.

Chasing a huge total of 205 runs in the second innings, CSK lost four wickets at 74 runs in 9 overs. However, MS Dhoni and Ambati Rayudu stitched one of the best fifth-wicket partnerships in the history of IPL, thereby helping the side win the game in the end by 5 wickets.

MS Dhoni remained unbeaten at 70 runs off 34 balls, including one four and as many as seven sixes, while Ambati Rayudu scored 82 runs off 53 balls, which was laced with three fours and eight sixes.

Also Read: Most Runs Against for CSK 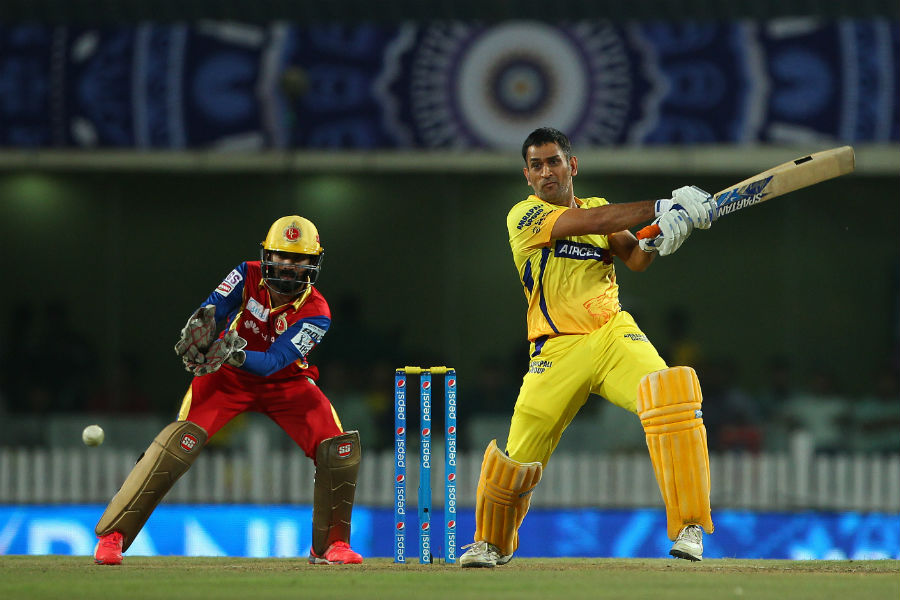 MS Dhoni Best Innings in IPL: MS Dhoni might be in the twilight of his career, however, he is still counted amongst the most destructive batsmen in IPL. 2019 edition was perhaps his best season in the history of the league. While the top-order was failing miserably with the bat, Dhoni was single-handedly taking his team to competitive totals on most of the occasions.

Against the likes of Dale Steyn, Navdeep Saini, and Umesh Yadav, MS Dhoni played some breathtaking shots. In pursuit of the 161-run total, MS Dhoni came into bat at number six and what followed was carnage. The CSK skipper went firing on all cylinders, hitting some of the best shots of his career. He scored 84 runs off 48 balls, which was laced with five fours and seven sixes.

Needing 26 off six balls, MS Dhoni scored 24 runs off five balls but got out on the final ball. CSK lost the game by one just one run.

Also Read: Most Run Against CSK 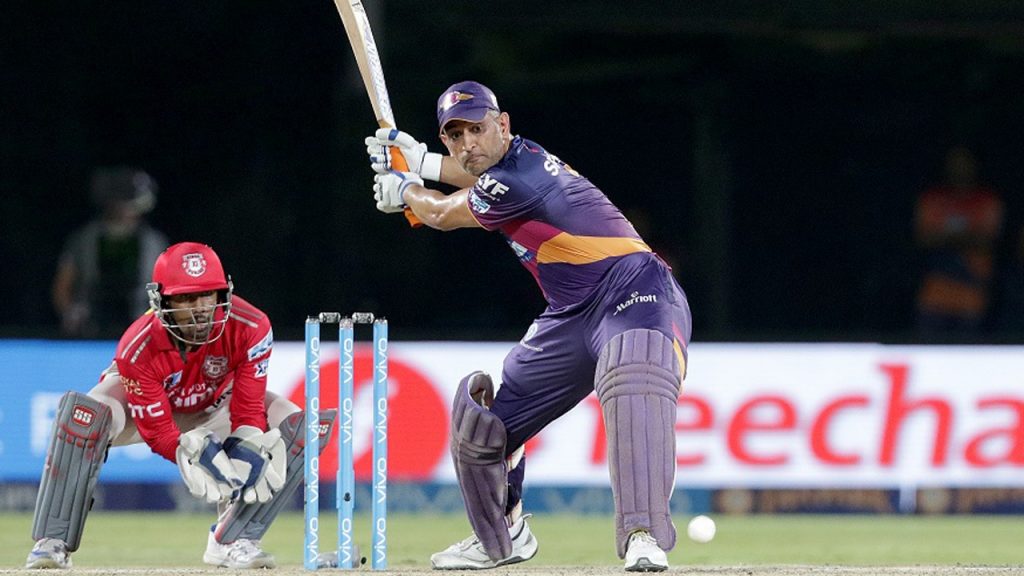 MS Dhoni is best known for finishing matches with the utmost ease. Over the years, the fans have witnessed CSK Skipper finishing the game in the last over on numerous occasions. However, his last-over finish against Kings Eleven Punjab in the 2016 edition was, arguably, the best one could see.

Captaining a new franchise in Rising Pune Supergiants in the 2016 edition of the IPL, MS Dhoni found his team in a tough situation while chasing a formidable total of 172 set by Kings Eleven Punjab.

CSK were 86 for 5 in 13.2 overs and Kings Eleven Punjab’s dressing room could sense a victory. However, MS Dhoni was still at the crease, who was steadily taking the total closer to the target.

Dhoni stitched a 48-run partnership with Thisara Perera for the sixth wicket before the latter lost his wicket on the first ball of the 19th over of the innings.

The equation came down to 23 off 6 balls. No one could even think in their wildest dream what was about to unfold.

Also Read: Most Wickets Against CSK 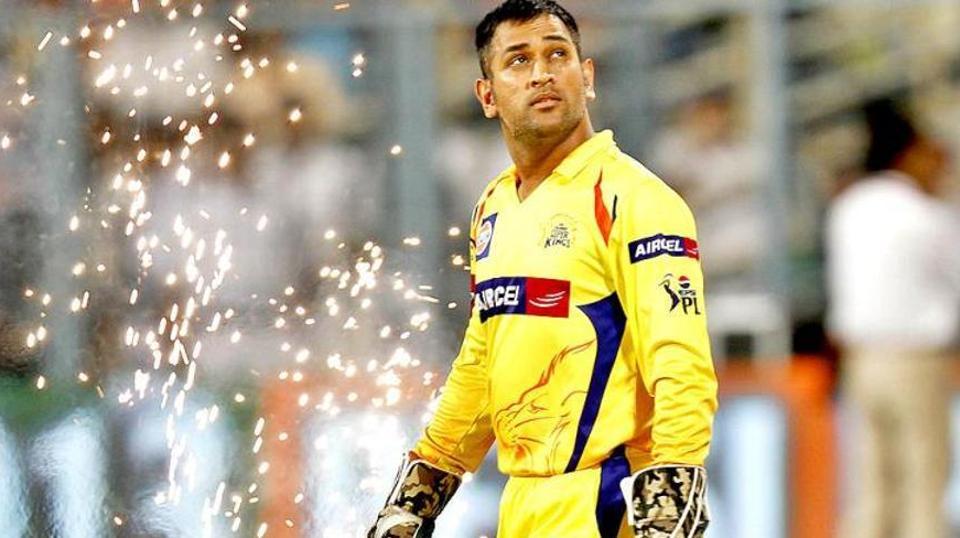 MS Dhoni Best Innings in IPL: In a must-win match for both sides, CSK had to chase down 192 in their 20 overs to get through to the semi-final of the 2010 edition of the IPL.

You don’t often see MS Dhoni showing his emotions on the field. The game was against Kings Eleven Punjab was one rare occasion. After hitting the winning shot, he punched himself on his helmet leaving CSK fans in utmost joy.

MS Dhoni’s knock of 54 runs off 29 balls is etched in every Dhoni fan’s heart till date. This remains at the number position in our list of Top 5 innings of MS Dhoni in IPL.

Batting first, Kings Eleven Punjab had scored 192 runs in 20 overs, thanks to a brilliant 57-ball 88 run knock from Shaun Marsh. In pursuit of the total, CSK were off to a worst possible start with both their openers back in the hunt within 4 overs. Suresh Raina and Badrinath then resurrected the innings and took their total closer to the target.

However, 192 was still a big ask as 29 runs were needed from the last two overs which was brought down to 16 from 6 balls. MS Dhoni, who was at the peak of his career, hit 18 runs in the first four balls of the last over to win the game for the side. He scored 54 runs off 29 balls and helped his team reach the semi-finals of the league. Later, CSK went onto win the title as well.

Also Read: Most Wins Against CSK