Shane Brandon McMahon is an American professional wrestler, businessman, and son of WWE Owner/Chairman/CEO Vince McMahon. He is currently appearing on both Raw and Smackdown brands as an authority as well as a wrestler. Having a huge background of wrestling legacy behind, Shane Mc Mahon developed his interest in WWE from a very young age of 15, when he was involved in filing merchandise orders.

Shane Mc Mahon is also a founder and vice chairman of Seven Stars Cloud Group and WWE’s minority owner. His sister Stephanie Mc Mahon is the Chief Brand Officer while his brother-in-law Paul ‘Triple H’ Levesque is the Chief Operating Officer of the WWE. 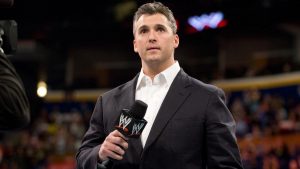 Shane Mc Mahon was born on January 15, 1970, in Gaithersburg, Maryland. He persuaded his graduation from Greenwich High School. He also attended Roger Williams University, where he studied media and marketing. He then joined Boston University, from where he graduated in 1993. 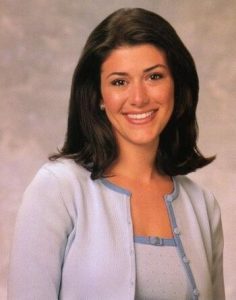 Shane Mc Mahon started his career in 1990 when he became a referee named Shane Stevens. He became the WWF referee at the Survivor Series and then in 1991 Royal Rumble match. Shane was involved in several works in WWE that includes television production, sales, marketing, and international business development.

In 1998, he became the color commentator for Sunday Night Heat, along with Jerry Lawler, Jim Cornette, and Kevin Kelly. In the same year,  Shane McMahon delivered his support in developing the company’s Digital Media Department and created WWF.com, which in 2002 became WWE.com. 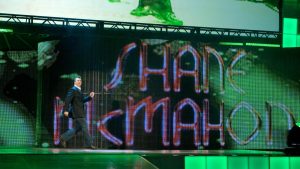 In 1999, he became a key component in ‘The Corporation,’ winning the European Championship from X-Pac. He also feuded with his father and a new faction called The Union. He joined The Undertaker and the Ministry of Darkness to form the Corporate Ministry. Shane Mc Mahon fought with his father once again in 2001 and defeated him at WrestleMania 17.

In 2003, Shane Mc Mahon became the Executive Vice President of WWE Global Media and looked into international TV distribution, live event bookings, digital media, consumer products, and publishing. He was majorly involved in WWE TV deals in England, Mexico, South America, and other countries around the globe, and these international agreements gave a great push to the WWE. In 2009, he resigned from WWE; his resignation became effective from January 1, 2010. He later became the CEO of You On Demand, the first VOD and the biggest pay-per-view service in China. He stepped down as CEO of YOU On Demand in 2013.

He returned to WWE in 2016 and feuded with stars like Kevin Owens, Sami Zayn and most importantly The Undertaker at WrestleMania 32 where he was defeated. At Crown Jewel 2018, he replaced The Miz in the finals of the WWE World Cup and won by defeating Dolph Ziggler in under three minutes, winning the tournament. 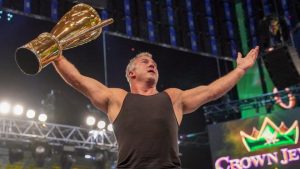 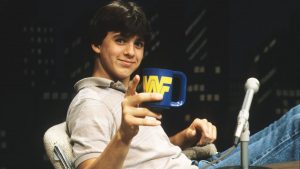 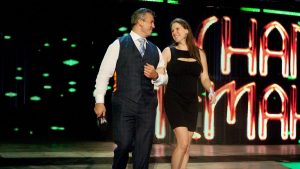 He was not involved in any controversy in his career. 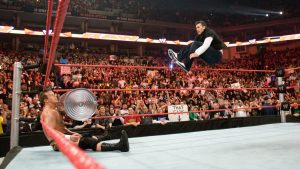