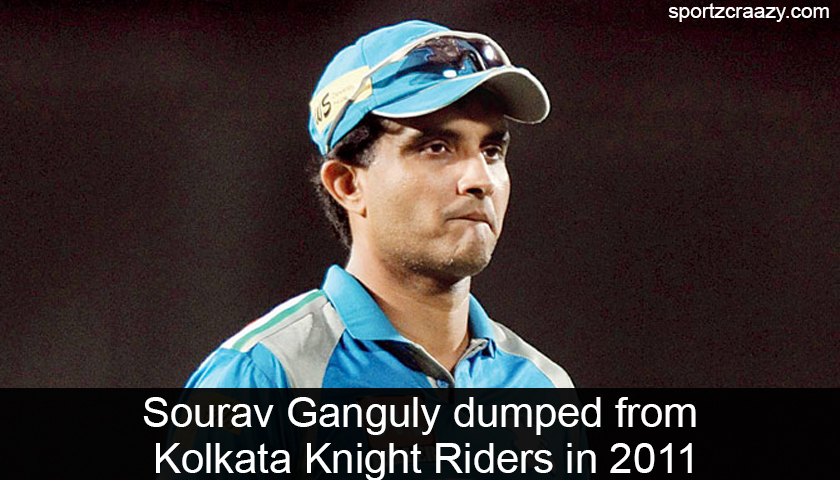 The IPL fourth season saw the biggest breakup of the decade, no fan can ever wonder the split between the charming Bengali prince and the city of Joy Kolkata.

No one expected that Kolkata Knight Riders owners will draw Sourav Ganguly fate line, halting his services for the franchise. It was a total blackout for Dada and his ardent fans, this really seemed to be the end of the road as the veteran was already 38 and his fourth gear strike wasn’t as good as it used to be 5 years ago.

His strike rate was always below 120 and lacked the ability to accelerate when needed the most. Although he was good at holding one end and hung till the last ball, but his performance doesn’t match with the international stature and brand value he possessed.

The owners of the KKR franchise knew about the bromance between the cricketer and the city and losing him with could cut all the ties between the city and IPL franchises. But they took the initiative and dumped the Bengal Tiger, so what was the actual reason behind dumping the ex. Indian skipper.

The actual reason was Sourav Ganguly being greedy despite facing a streak of failures in the domestic circuit. He raised his own base price from 200,000 to 400,000 dollars for the fourth season of the IPL. SRK and company decided to look towards the youngsters and groom them to deliver the goods.

The initiative clicked and KKR under the leadership of Gautam Gambhir went on to win IPL trophies in 2012 and 2014 respectively. On the other hand Sourav Ganguly was signed by Sahara Pune Warriors as a replacement for Ashish Nehra and scored 318 runs in 19 matches before bidding adieu to IPL in 2012.