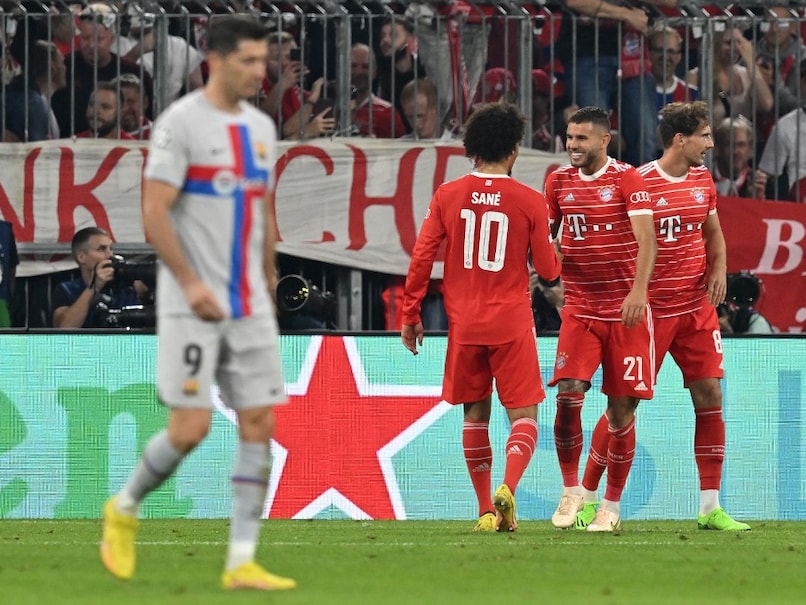 In the last night of UEFA Champions league football, mighty Barcelona just couldn’t beat the German champions, Bayern Munich as they lost 2-0 away from the home. Second half goals from Bayern’s Leroy Sane and Lucas Hernandez helped them beat Barcelona yet again in the Champions league.

Meanwhile, Bayern got the win but Real Madrid players had the last laugh, when Real Madrid front duo Karim Benzema and Vinicius Jnr both posted on their Instagram, which showed both players were mocking Barcelona after losing to Bayern Munich.

Barcelona number 9, Robert Lewandowski who signed for Barcelona this summer from Bayern Munich did not enjoy his return to his former home as he was kept in Joshua Kimmich for almost 90 minutes. 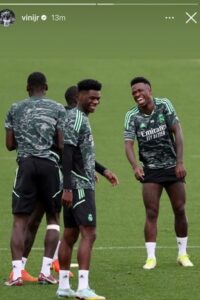 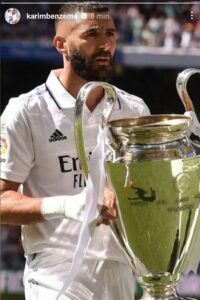 In this summer transfer window, the Catalans splashed a lot of money to become the old fearful Barcelona team. Although, Arch rivals- Real Madrid stars are ready to show who have been the successful team in Europe amongst the two giants.

Real Madrid striker, Karim Benzema posted on IG of himself holding the last year champions league trophy and his partner in crime, Brazilian superstar, Vinicius Jr shared a group picture of himself laughing while training. Both the pictures were posted just after full time whistle in Allianz Arena.

Last year between the two Spanish giants, Real Madrid had a successful season as compared to struggling Barcelona season. Real Madrid did the double last season by winning the UEFA Champions league and La Liga.

Real Madrid have certainly relish blustering rights over the Catalans for the last decade. The last Champions league success for Barcelona came in 2015 when they managed to beat Juventus in the finals. At that time MSN- Messi-Suarez-Neymar were the Barcelona trio who were ruling the Europe and Spanish league.

After the full time whistle, Barcelona manager showcased his frustration in the post match interview, Xavi believed his side were better from Bayern Munich as they were much dominant in the first half but just couldn’t place the ball in the goal.