As far as the ICC Men’s Cricket World Cup Super League’s points table is concerned, each match of the series will consist of 10 points. Both sides would look to win as many points in a bid to make their position stronger for the qualification.

England is currently the number one side in ODI cricket, having won the 2019 World Cup. Furthermore, they haven’t lost a single series at home since September 2015. Eoin Morgan will lead the 14-man squad which consists of some fresh faces along with experienced campaigners.

Ireland, on the other hand, is coming off with just one win in ODI format in their last six encounters. Andrew Balbirnie and Paul Sterling remain as the captain and vice-captain of the team.

Eng vs Ire Head to Head

England vs Ireland has faced each other in nine one-day internationals so far. England has been successful in beating the side on eight occasions, while Ireland has managed to beat them just once. Clearly, England has an upper hand over Ireland, given their recent form and record against the latter.

England and Ireland series will be telecasted live on Sky Sports Cricket and Sky Sports Main Event respectively in England. Also, the live streaming will be available on SkySports website and SkyGo app.

In India, you can watch the games on Sony Six, Sony Six HD, while the live streaming will be available on Sony Live App and Jio TV.

All the three matches will be played at The Rose Bowl Stadium in Southampton and will start at 6:30 pm IST. 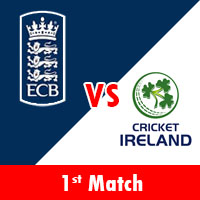 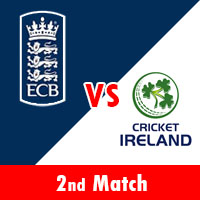 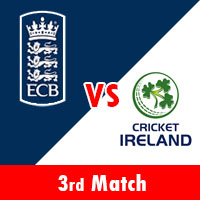