Kay started to develop her interest in wrestling at a very early age of 10 when she used to watch wrestling program with her brother. Having a clear vision of becoming a professional wrestler, Kay kicked off her professional wrestling career with  Australian promotion wrestling named Pro Wrestling Alliance, where she wrestler from 2007 to 2015.

Kay also became a part of   American all-female promotion Shimmer Women Athletes in 2008 and devoted her seven years till 2015 to the promotional wrestling platform. She also joined several other wrestling promotions such as Combat Zone Wrestling (CZW),  Ring of Honor (ROH)  NCW Femmes Fatales and  Shine Wrestling. Kay joined NXT IN 2015 where feuded with opponents like  Bayley,  Carmella,  Ember Moon and many more.

In 2018, Kay entered WWE’s main roster Smackdown with Royce as  The IIconics. At Wrestlemania 35, The IIconics won the match against Bayley and Banks to win the Women’s Tag Team Championship for the first time. 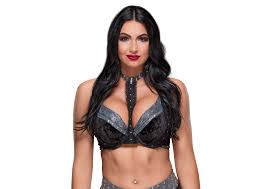 Jessica McKay was born on 23 June 1989  in Sydney, New South Wales, Australia. During the initial phase of her career, Kay persuaded her academics from Westfields Sports high school. Since her childhood, Kay wanted to be a wrestler and joined an Australian promotion named  Pro Wrestling Alliance. McKay has also wrestled for other American promotions, including Combat Zone Wrestling (CZW) and Ring of Honor (ROH)

Kay resides in  Orlando, Florida, United States. Kay is unmarried and there is no rumor popped out regarding her relationship with someone. She has not mentioned anything about her affair and dating status. Her brother’s name is Jacob McKay. 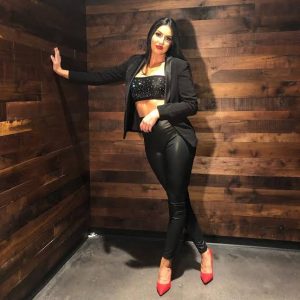 Billie Kay began her professional wrestling career in 2007 when she joined  PWA Australia, winning  PWWA Championship for the first time against  Kellie Skater. After losing the title to Penni Lane, she bagged the title for the second time in a fatal four-way match against Kellie Skater, Sway, and Shazza McKenzie in 2009.

In 2008, Kay became a part of  American all-female promotion Shimmer Women Athletes and made her debut in Shimmer against Kellie Skater in a losing effort. McKay also bagged an opportunity to battle her trainer and former tag partner, Shimmer Champion Madison Eagles for the championship, however, she failed to earn the title. She received another shot at the Shimmer Championship but lost to defending champion Cheerleader Melissa.

Kay joined World Wrestling Entertainment in 2015, where she was assigned to its developmental territory NXT under the ring name Jessie. She made her television debut against Becky Lynch in a losing effort. Kay competed in a number one contender’s battle royal for Bayley’s NXT Women’s Championship but failed to bag the title. Kay grabbed her first WWE win by defeating Santana Garrett. Kay started an alliance with Peyton Royce with the name The Iconic Duo and feuded with opponents like Aliyah, Ember Moon, and Nikki Cross. 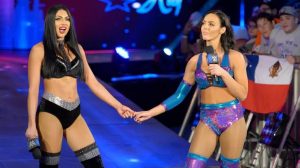 Kay and Royce also participated in WWE’s first all-women’s pay–per–view, Evolution, but unable to bag the opportunity for women’s championship match. The IIconics started a feud with  WWE Women’s Tag Team Champions Banks and Bayley for the championships. At Wrestlemania 35,  The IIconics won the match against Bayley and Banks to win the Women’s Tag Team Championship for the first time. Later, The IIconics lost the titles to Alexa Bliss and Nikki Cross in a fatal-4-way match.

Billie Kay made her video game debut as a playable character in WWE 2K18 and WWE 2K19. 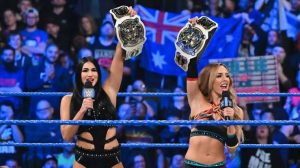 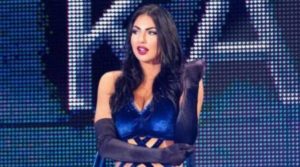 Not a controversial career until now