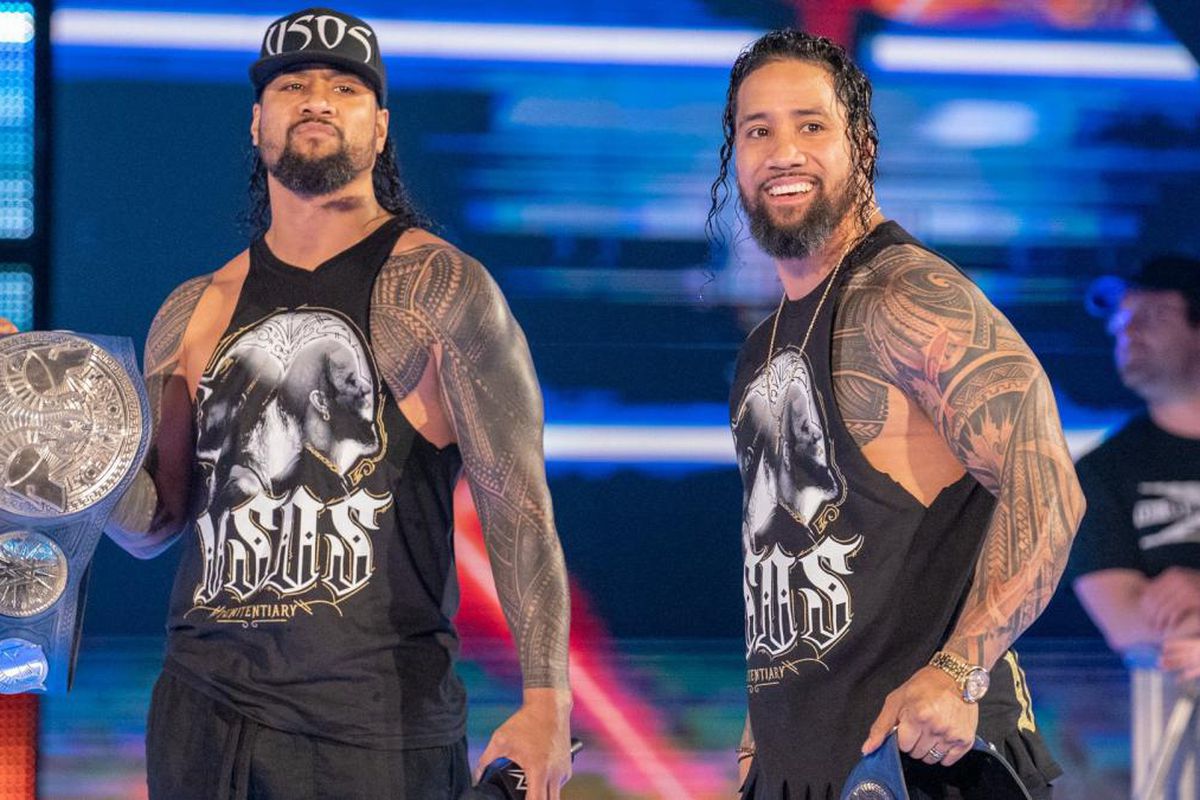 Jonathan Solofa Fatu, popularly known by his ring name Jimmy Uso, is an American professional wrestler, currently working with World Wrestling Entertainment on the Raw brand. He is holding a tag team group named ‘The Usos’ with his brother Jey Uso. He belongs to the family of the renowned Anoaʻi family of Samoan wrestlers that also include Jimmy, The Rock, Umaga, Yokozuna, and Roman Reigns.

During his early days, Solofa Fatu was a football lover, however he persuaded his family’s legacy of becoming professional wrestler along with his identical twin brother.  He and his brother went on to achieve tremendous success as a tag team in the world of professional wrestling. 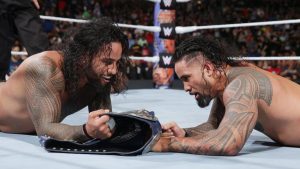 Jonathan Solofa Fatu was born on on August 22, 1985, in San Francisco, California, USA. He is the son of famous WWE wrestler Solofa F. Fatu Jr., better known as Rikishi. Earlier, Solofa Fatu wanted to be a professional footballer, but later he decided to be a wrestler after bein influenced by wrestling. Jimmy grew up in Pensacola, Florida, where he attended the ‘Escambia High School.’

Jonathan Solofa Fatu married fellow wrestler and longtime girlfriend Trinity McCray known as  Naomi on January 16, 2014. She is also the stepmother of Jimmy’s two children, Jayla and Jaidan. Jimmy has never revealed the name of their mother till now. He is the son of Rikishi and his mother’s name is Talisua Fatu. 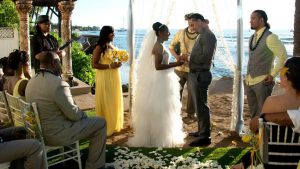 Jimmy started his professional wrestling career in 2009  when he joined  Florida Championship Wrestling (FCW) where he appeared alongside Donny Marlow. He then teamed up with his brother Jey, defeating ‘The Dudebusters’ to become the ‘FCW Florida Tag Team Champions.’ With this victory, Jimmy and Jey named their tag team division as ‘The Usos’.  ‘The Usos’ successfully defended their ‘FCW Tag Team Championship’ by defeating Hunico and Tito Nieves. They eventually lost the title to ‘Los Aviadores’ in June 2010.

‘The Usos’ teamed up with female wrestler Tamina and attacked ‘The Hart Dynasty’ on ‘WWE Raw.’ Their actions resulted in a long-standing feud between ‘The Usos’ and ‘The Hart Dynasty.’ In 2011, he and his brother were asked to participate in ‘WWE SmackDown.’ ‘The Usos’ lost many of their matches throughout 2011. They lost against the likes of Justin Gabriel and Heath Slater (The Corre). In July, they were defeated by Michael McGillicutty and David Otunga. 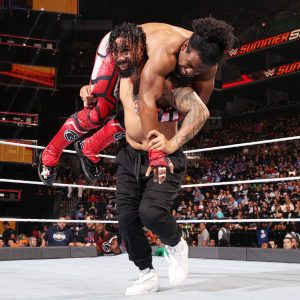 ‘The Usos’ made an appearance along with their father Rikishi. In 2013, Jimmy as his tag team performed well in the ‘WWE’ events. In June, ‘The Usos’ defeated the team of Drew McIntyre and Jinder Mahal to become the number one contenders for the prestigious ‘Tag Team Championship.’ Despite an impressive winning streak, ‘The Usos’ failed to win the ‘WWE Tag Team Championship’ after challenging the then reigning champions, Seth Rollins and Roman Reigns.

In 2014, Jimmy and his brother defeated ‘The Outlaws’ to clinch the ‘WWE Tag Team Championship’ for the first time. Jimmy defeated Xavier Woods in the ‘WWE Main Event.’ He reunited with his brother Jey to fight as a tag team in September 2015. They allied with their cousin Roman Reigns to compete as a team in a ‘WWE SmackDown’ event. In December 2015, ‘The Usos’ won the ‘Slammy Award’ for ‘Tag Team of the Year.’

In 2017, The Usos’ became the first tag team in ‘WWE’ history to win the ‘WWE SmackDown Tag Team Championship’ twice. They also became tag team champions for the fourth time.

Jimmy is a FCW Florida Tag Team Champion with Jey

Jimmy is a two-time WWE Tag Team Champion with Jey 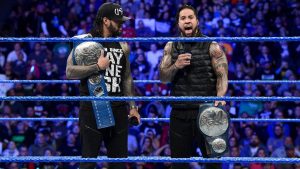 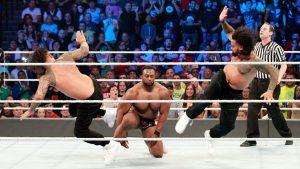 Jimmy Uso was once grilled in drink and drive case. In 2013, he was again arrested on the charges of driving on a suspended license.