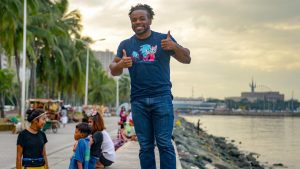 Austin Watson, better known by his ring Xavier Woods, is an American professional wrestler, currently working with World Wrestling Entertainment on the Smack down brand. Watson as Xavier Woods is a member of one of the most famous groups in the WWE named ‘The New Day’ with Kofi Kingston and Big E. Watson started his wrestling career in 2005 when he kicked off his training. While in college, he had already started wrestling on a part-time basis, in a local promotion called the ‘Ultimate Christian Wrestling.

During the early phase of his career, Watson became a part of several Independent platforms under the ring name Austin Creed. He then joined Total Non Stop Action Wrestling in 2007 and stayed till 2010 before appearing in New Japan Pro Wrestling. Watson signed a contract with World Wrestling Entertainment in 2010 under the ring name Xavier Woods, where he formed The New Day alongside Big E and Kofi Kingston, and have since become five-time SmackDown Tag Team Champions (four-times with Woods) and two-time Raw Tag Team Champions.

Woods is currently out of action after he suffered a legitimate Achilles injury, forcing him to sidelined from wrestling for six months. 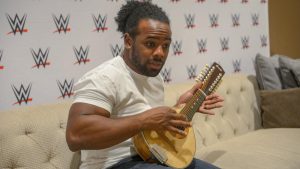 Austin Watson was born on September 4, 1986 in Columbus, Georgia, United States. He persuaded his graduation from Sprayberry High School in 2004 and later studied psychology and philosophy at Furman University in Greenville, South Carolina. He received a master’s degree in psychology and a bachelor’s degree in philosophy.

Austin Watson resides in Atlanta, Georgia, United States. Watson tied a knot with Jess Watson in October 2015. The couple have a son, born in 2017. 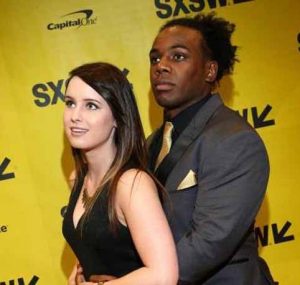 Austin Watson began his professional wrestling career in 2005 where he took his training with Rob Adonis’ Ultimate Christian Wrestling promotion. He then, soon joined NWA Anarchy under the ring name Austin Creed, and made a tag team called Awesome Attraction with Hayden Young. In 2007, Creed defeated Murder-One to become the first DSW Heavyweight Champion.

During the same year, Creed joined Total Non Stop Action Wrestling and made an alliance with Ron Killings known as ‘Truth and Consequences’. He had a long-running feud with Sheik Abdul Bashir, however Bashir defeated Xavier in a match for the ‘X Division Championship’ title. In 2008, Xavier laid the foundation of a young team of wrestlers called ‘The Frontline’ on ‘Impact!’ and feuded with another team called ‘The Main Event Mafia.’ 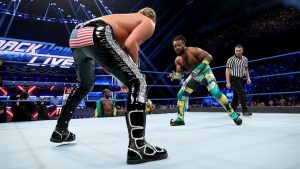 In 2009, Xavier teamed up with fellow ‘The Frontline’ member Jay Lethal and formed a tag-team, and later won the TNA Tag Team Championship against James Storm and Robert Roode.

Xavier started performing in the ‘New Japan Pro Wrestling’ in 2010 and formed a tag-team with Kota Ibushi. He won the 2010 ‘Super 8 Tournament,’ organized by the ‘East Coast Wrestling Association.’ In the same year, Xavier officially signed a contract with ‘WWE’, and was assigned to their developmental territory ‘FCW.’ He partnered with Wes Brisco to form a tag-team and won the ‘Florida Tag Team Championship’ in November.

In 2013, Xavier made his official ‘WWE’ main-roster debut, on ‘Raw’. where he teamed up with R-Truth in a victorious match against ‘3MB,’ the team of Jinder Mahal and Drew McIntyre. 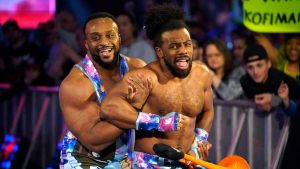 In 2014, Xavier formed an alliance with Kofi Kingston and Big E. The three officially came together and named their alliance ‘The New Day.’ In 2015, The New Day have since become five-time SmackDown Tag Team Champions (four-times with Woods) and two-time Raw Tag Team Champions, with their second reign being the longest tag team title reign in WWE history. 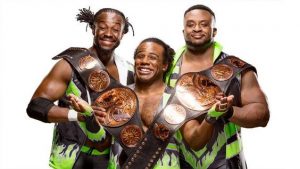 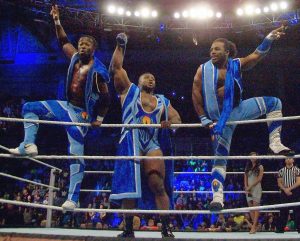 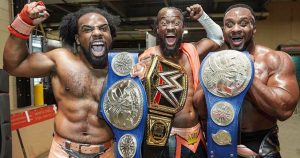 Woods was once circled in a controversy a video clip got viral showing WWE Paige performing sex acts with him, Brad Maddox and an unidentified man.