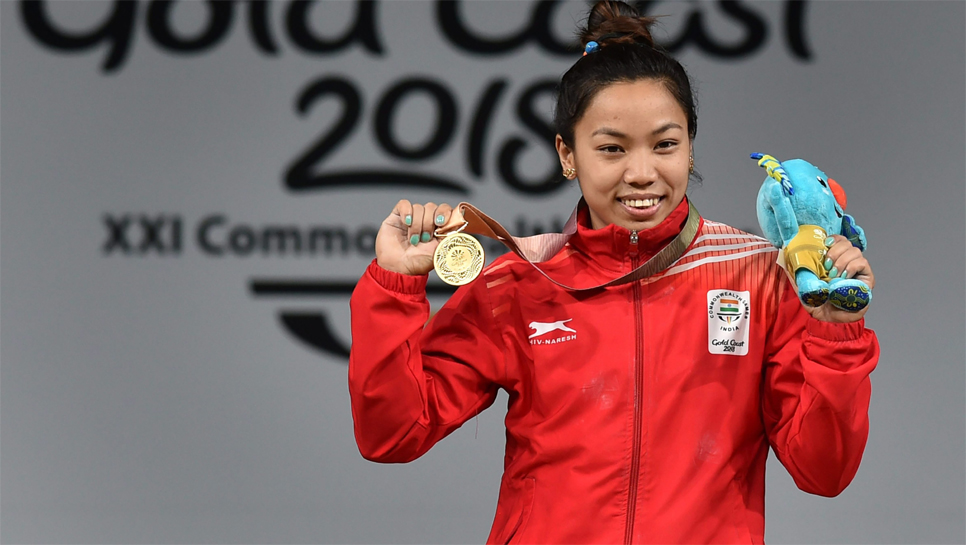 Chanu Saikhom Mirabai is an Indian athlete who represents India in the 48 kg weighlifting category. Chanu has won the World Championships and multiple medals at the Commonwealth Games. She was awarded the Padma Shri by the Government of India for her contributions to the sport.

Saikhom Mirabai Chanu was born on 8 August 1994 in Nongpok Kakching, Imphal, Manipur. She was raised in Imphal in Manipur which is a very less populated state in India. Her family consisted of five siblings including her and her parents. In her childhood, She used easily carry huge bundle of firewood to her home for cooking the food along with her father. The fact that she could easily lift those woods didn’t go unnoticed by her family members. It was when she was just 11 years old when Mirabai started practising what she was good at i.e., Lifting heavyweights. 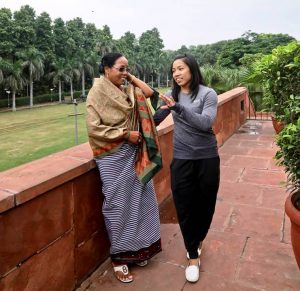 Mother- Saikohm Ongbi Tombi Leima (Shopkeeper)
Father- Saikhom Kriti Meitei (Employee- Public Works Department)
Brother- Saikhom Sanatomba Meitei
Sisters- Saikhom Rangita, Saikhom Shaya
Mirabai Chanu is the youngest one among all the Six siblings. Her father Saikhom Kriti Meitei is an employee at the Public Works Department and is a government employee. Her mother Saikohm Ongbi Tombi Leima is a shopkeeper as she runs the shop run by the family. She completed her studies from her hometown Imphal as she concentrated on her sport in weightlifting. 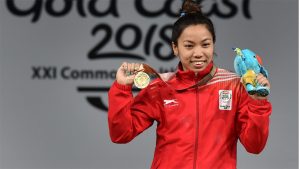 Mirabai started her professional career when she was 11 years old. She won her first-ever competitive gold medal at the age of 11 as she became the under 15 National Champion. She began weightlifting in the year 2007 at Khuman Lampak Sports Complex situated in Imphal. By the age of 17 years, Mirabai won a Gold medal at International Youth Championship and subsequently earned her national call up. Since then she was coached by her idol Kunjarani Devi. Mirabai got her major recognition when she won a Silver medal at the Commonwealth Games in Glasgow in 48 Kg category. She also qualified for the Rio Olympics that was supposed to be held in 2016. For the preparation of Olympics, she was coached by Vijay Sharma who helped her in reaching her limits and then surpassing them.

She qualified for the Rio Olympics and was one of the medal hopefuls for India but then she succumbed to the pressure and couldn’t perform well. She bounced back in 2018 by winning a gold medal in Commonwealth Games and recently she lifted a record 201 kg, the first by any Indian woman to do so. She failed to win a medal at the World Championships in Pattaya, Thailand but her record of lifting the four times her weight.

She achieved this rare feat when she was competing in 49 kg category. Besides, due to her contribution in sports, she was offered a job in the Eastern railways and she works as a Senior Ticket Collector. She has been conferred by Rajiv Gandhi Khel Ratna Award and Padma Shri Award. 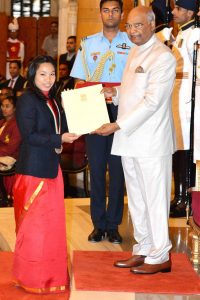 NET WORTH:
Mirabai Chanu is a Government employee as she works as a Senior Ticket collector in the Eastern Railways. She also received a cash prize of ₹2 million from the Chief Minister of Manipur, N. Biren Singh. However,  her net worth is not revealed. 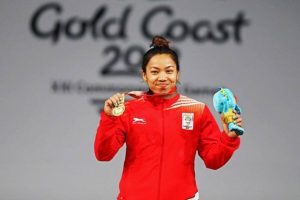 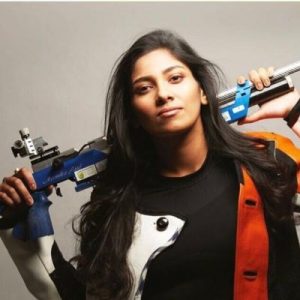 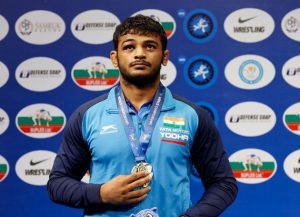