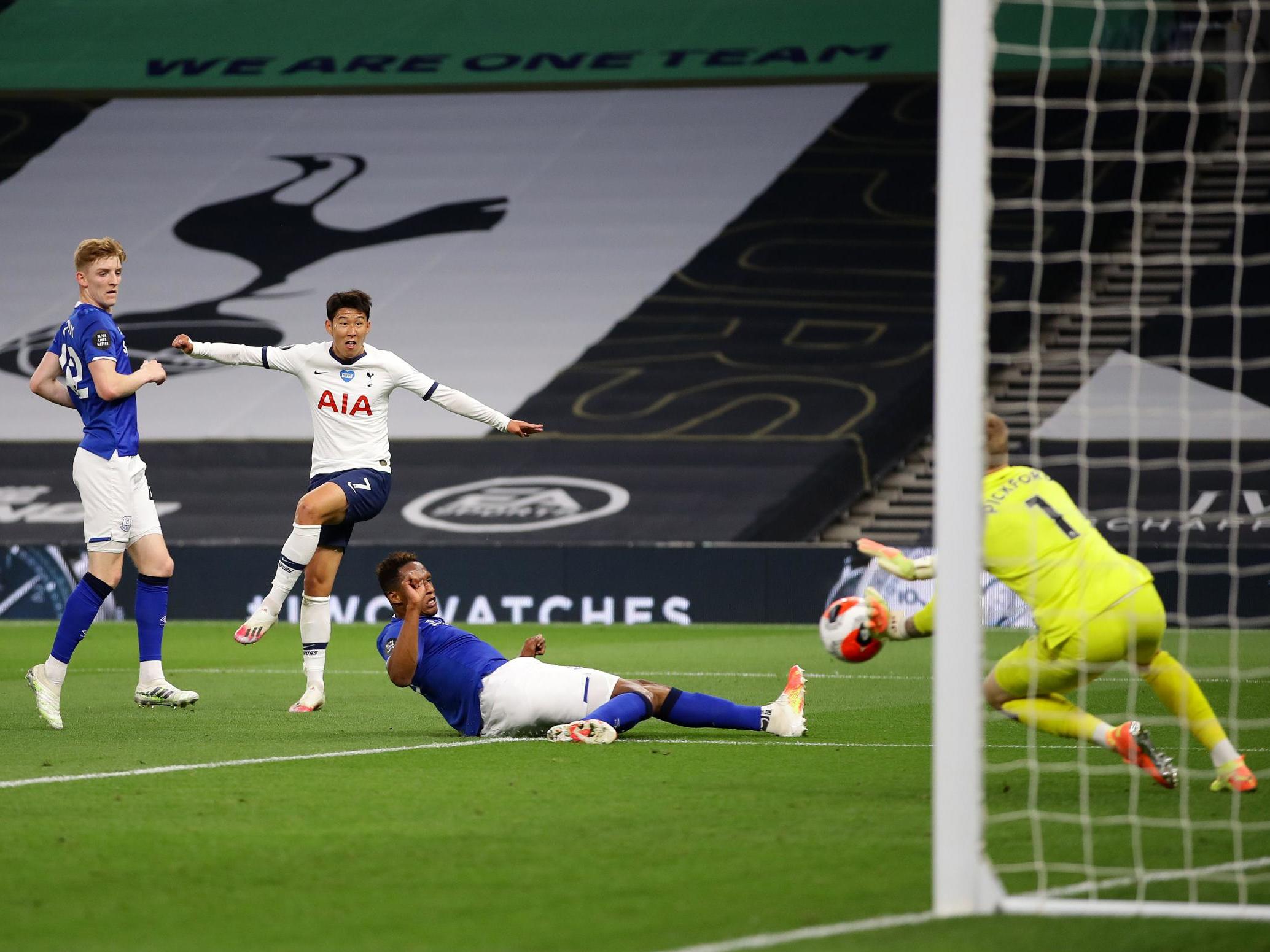 The home team had many advantages going into the match as they welcomed The Blues in a Premier League fixture. The match had a drolling finish as it ended in the favour of the Spurs, making them the winners on the night.

Spurs’ midfielder Giovani Lo Celso had the possession of the ball and for a moment he had thought he just netted the first-ever Premier League goal for Tottenham during the 23rd minute, but things turned out to be very different.

Celso’s shot took a reflective angle off the Everton defender Keane, leaving the goalkeeper Jordan Pickford clueless about the ball which went straight into the nets by surpassing him. That was the only match-turning point that for the Spurs as they benefitted from Michael Keane’s own goal.

The Toffees barely bothered Mourinho’s men owing to their poor attack, except their substitute Anthony Gordon who was constantly trying to take some good long shots, and one of them did reach Spurs’ keeper Hugo Lloris. That was the only best shot from any Everton player during the game.

For Mourinho, it was an absolutely delighting achievement as he achieved this rare feat after 326 games in the division, only behind Sir Alex Ferguson as he took fewer matches (322 matches) to reach that tally.

200 – Tottenham boss José Mourinho has become the fifth manager to reach 200 Premier League victories, with only Sir Alex Ferguson (322) doing so in fewer games than the Portuguese (326). Special. #TOTEVE pic.twitter.com/nEm1BWTrdc

Mourinho won 140 matches during his two stints with Chelsea, followed by 50 wins with Manchester United and the last 10 coming during his association with the Spurs.

With this win, Tottenham Hotspur remains at 8th place in the Premier League with 48 points, and their hopes of playing in the European League in the next season remains alive. Spurs will face Bournemouth in their next Premier League fixture on Thursday.