Bengal Warriors vs Bengaluru Bulls: Maninder Singh was the star for home Bengal Warriors as they beat defending champions Bengaluru Bulls 42-40 in a high-scoring VIVO Pro Kabaddi encounter in Kolkata on Thursday. Maninder scored 17 raid points for Bengal as they overcame a raiding fest by Bulls’ Pawan Sehrawat (who finished with 19 points) to win in front of a packed audience at the Netaji Subhash Chandra Bose Indoor Stadium. The win meant the Warriors completed their home leg unbeaten (3 wins in four matches) while jumping to second in the points table, 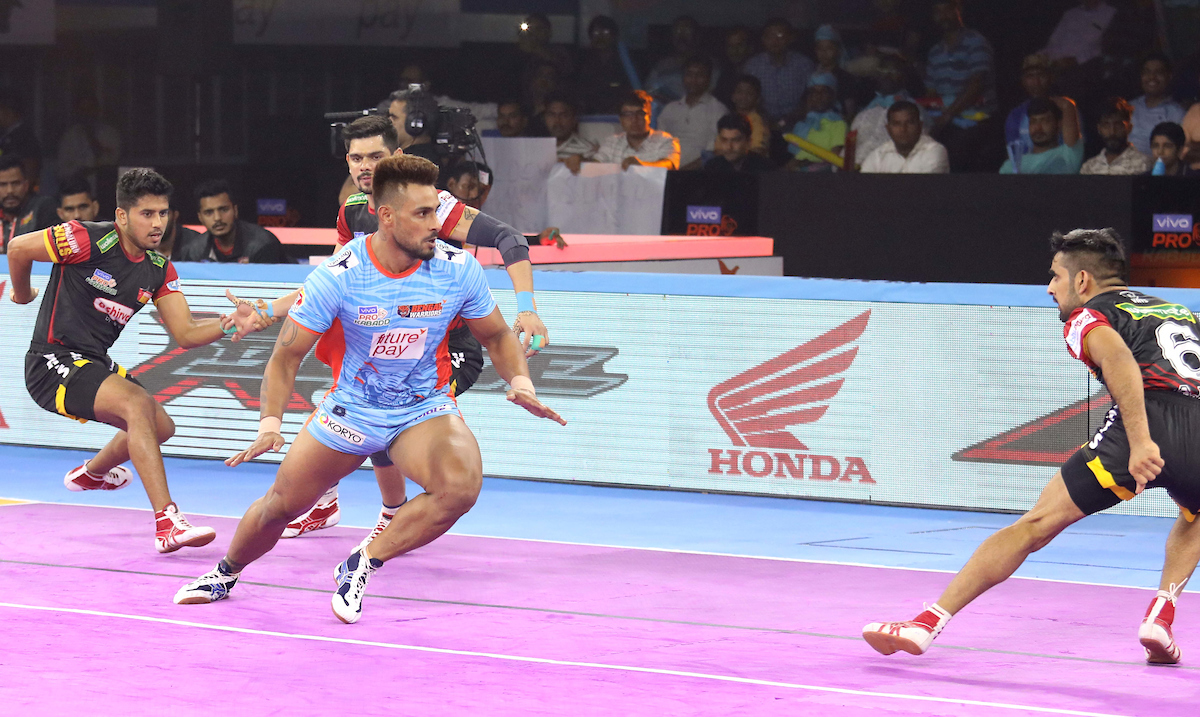 Bulls’ match against the Warriors was called the battle of the raiders due to wealth of raiding talent on display. But the league’s best raider, Pawan Sehrawat, could hardly make an impact in a closely fought first half that saw the defenders step their game up to thwart the raiders. Mohammad Nabibakhsh defined the early stages of the match, pulling off two impressive tackles to set the tone for what was to follow. Maninder Singh then got into the act for the home side with a two-point raid sending Bengaluru’s Amit Sheoran and Saurabh Nandal to the dugout in the fifth minute.

But the Bulls showed their champion mentality by crawling back into the match after being reduced to two men on the court. Ankit pulled off a Super Tackle in 8th minute to start the comeback as the champions fought the All-Out. They kept evading the attempts by Bengal to enforce an All-Out and at one point even had more player on the mat. But the absence of Pawan Sehrawat on the mat for a long period, coupled by an incredible two-point raid by Sukesh Hegde in the 16th minute, finally gave the home side an All-Out with slightly less than two minutes remaining. However, Bulls’ strategy to pick up Bonus Points meant they trailed by just a point (14-15) going into the break.

Bulls started the second half with an aggressive strategy and it paid quick dividends. Pawan Sehrawat quickly grabbed his Super 10 as the defending champions inflicted an All-Out of Bengal in the 4th minute of the second half to move to a six-point lead. Nabibakhsh and Maninder kept the Bengal team in the game with their all-round performances. The Iranian secured his High 5 with a tackle on Pawan Sehrawat with 8 minutes left in the clock to reduce the Bulls’ lead to four points. But Bengal clung on to the game and the pressure on Bulls told when Rohit Kumar went out of bounds to give the Warriors an All-Out with five minutes remaining. Sadly for Warriors, the All-Out meant Pawan Sehrawat was back on the mat. The final minutes became a raiding masterclass by Maninder and Pawan as they matched raids for raids. The Bengal man produced a stellar three-point raid but Pawan matched it with a two-point raid to level the scores.

The VIVO Pro Kabaddi caravan now shifts to Pune where Anup Kumar’s Paltan side will be looking to make most of the home advantage. 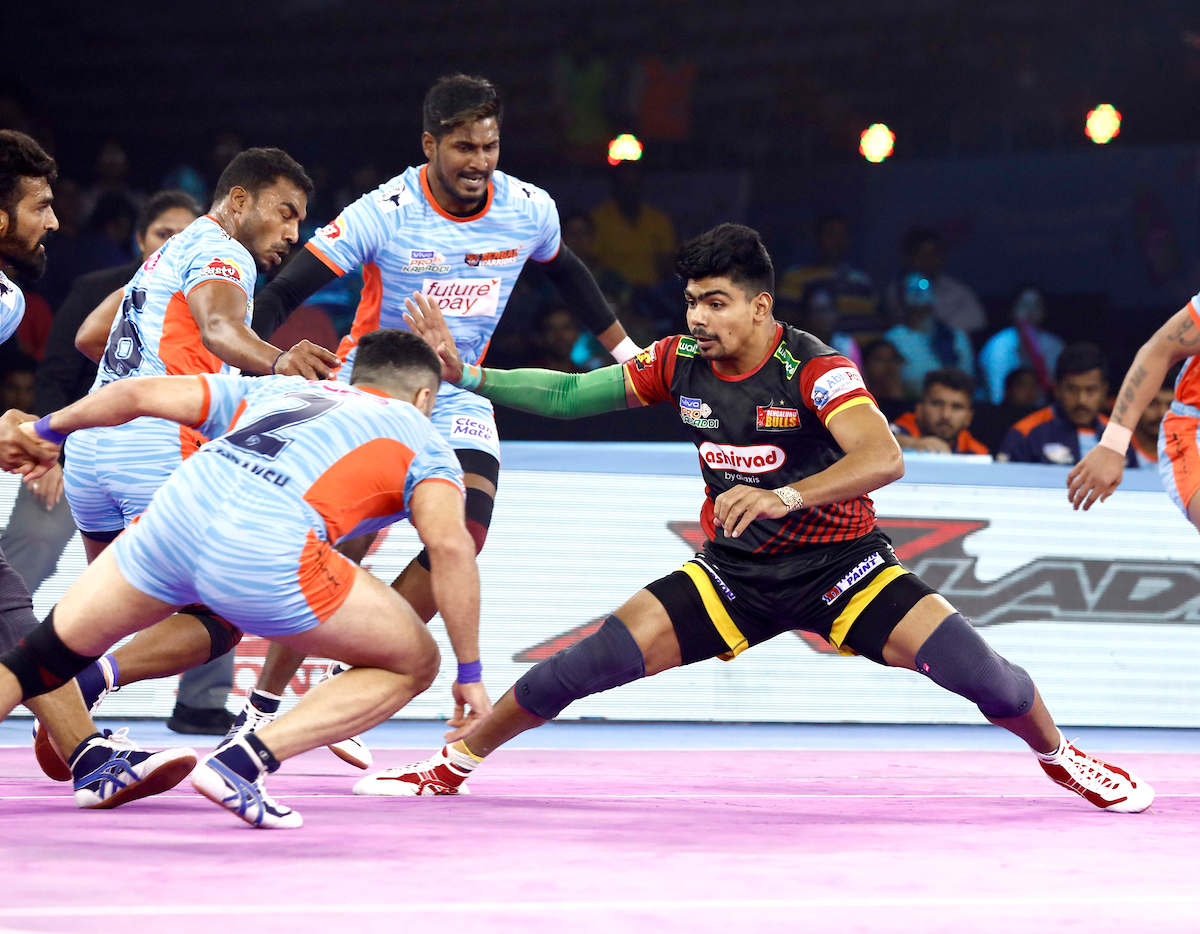