Basanta Bahadur Rana was born on 18 January 1984 in Nepal. He lived in a hamlet which is 12 hours away from Kathmandu, Nepal. He joined the Indian army in 2002 and is currently serving at the Gorkha Regiment. Basanta grew up focussing on athletics and was a very determined kid. People around him in Nepal didn’t appreciate or support him in his sport but he didn’t give up and moved to India to pursue what he wanted. 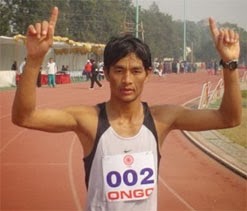 Basanta Bahadur Rana, the best of the ‘B’ qualifiers in the 50 km has received training from the former national record holder Gurdev Singh. Basanta joined the Gorkha Regiment in 2002 which helped him immensely to train in the army premises. He used to train mostly on his entire day. Coming from a very humble background in Nepal, Basanta has had to struggle to fulfil his Olympic dreams. He could not afford to buy proper shoes for the event on his meagre sepoy salary. He still managed to participate in athletic events by following his passion wholeheartedly.  Basanta qualified for the Olympics at the 2012 IAAF World Race Walking Cup in Saransk, Russia. Though he finished 36th in the 50km race walk event in the Olympics, he beat the previous national record by his mentor and coach, Gurdev Singh, setting a new national record of 3:56:48. He was always determined to silence those people who made a mockery of his sport and didn’t know his worth. 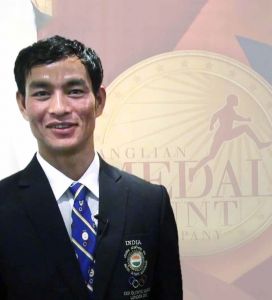 His net worth is not revealed.