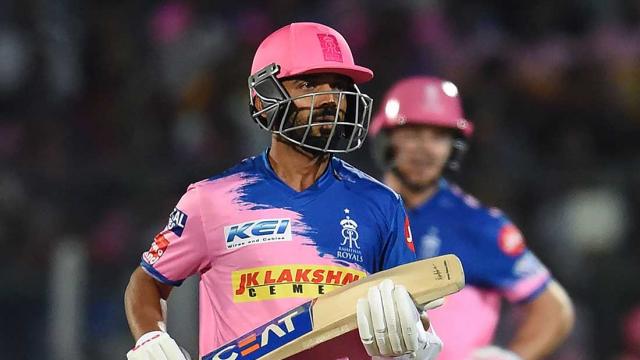 An IPL veteran and a regular in the Indian Test side, Ajinkya Rahane’s exemplary technique, combined with his superb stroke-making and aggressive outlook, has helped him perform well in domestic as well as international cricket. The Mumbai batsman has been churning out consistent performances in the domestic circuit for some years, which have led to IPL success as well as international glory.

An opener by trade, Rahane is equally adept in the middle order, which makes him an extremely versatile batsman to have in any lineup. He also offers a mix of aggression calmness, being able to tailor his innings as the situation demands. As such, he is well suited to the Test environment as well as the world of T20.

His journey in the IPL has predictably been studded with a number of superb (and often match-winning) innings, some of which we’re taking a look at as we journey back through the Best Batting Performance of Ajinkya Rahane in IPL. 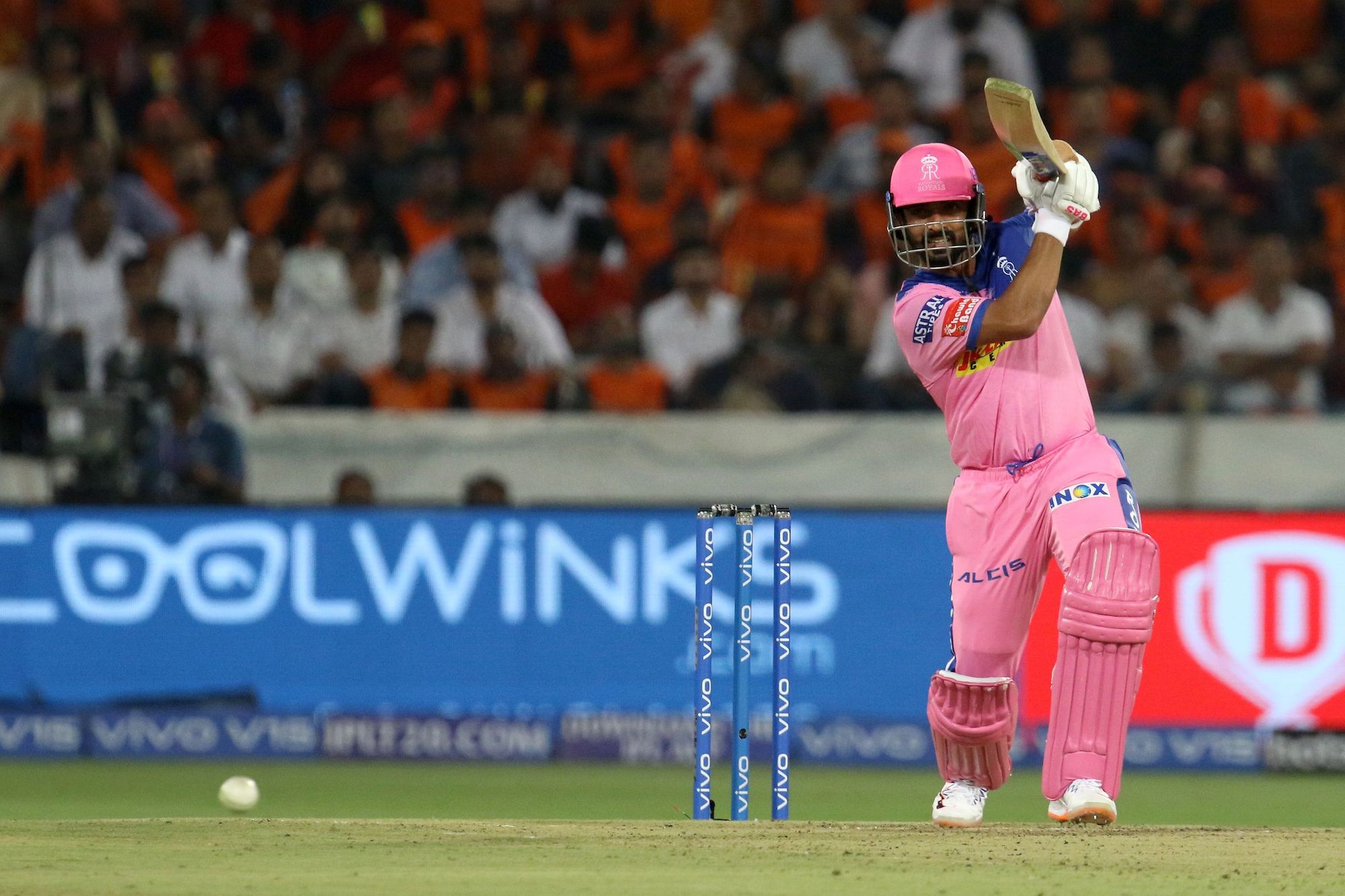 Fifth on this list of the top 5 innings of Ajinkya Rahane in his IPL career is a stylish half-century against Royal Challengers Bangalore that was unfortunately scored in a losing cause. Playing for the Rising Pune Supergiants at the time, Rahane opened the innings with Usman Khawaja and scored a sparkling 74 off 48 balls with 8 fours and 2 sixes as he helped RPS to a solid total of 191/6. However, his RPS side came up against Virat Kohli in an imperious mood – a 58-ball 108 from the RCB skipper helped his side comfortably overhaul the target and claim a 7-wicket win. 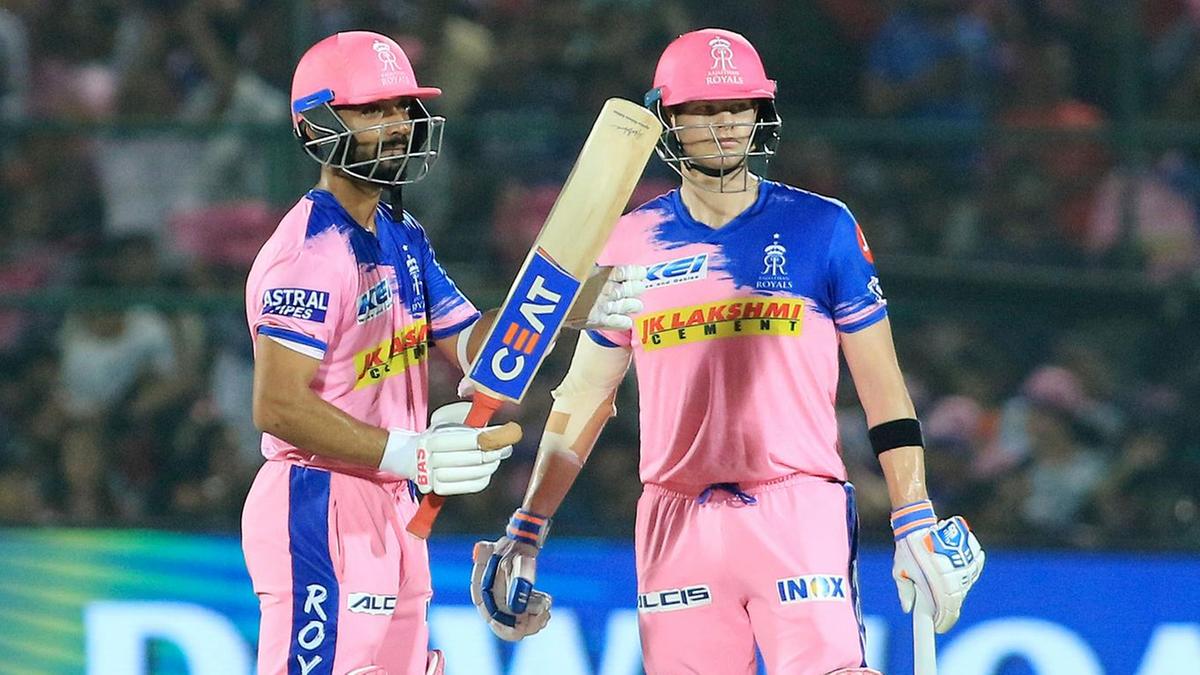 Next on this list of the Best innings of Ajinkya Rahane in IPL is one against his current side. Although he is yet to feature for Delhi Capitals, Rahane turned in a match-winning performance for the Rajasthan Royals when the Delhi outfit was known as the Daredevils. His unbeaten 91 off 54 balls contained 9 fours and 3 sixes as the Royals posted an imposing total of 189/2 in the first innings. Although Delhi made a good fist of the chase, they eventually fell 14 runs short in their chase and Rahane was awarded the man of the match for his efforts. 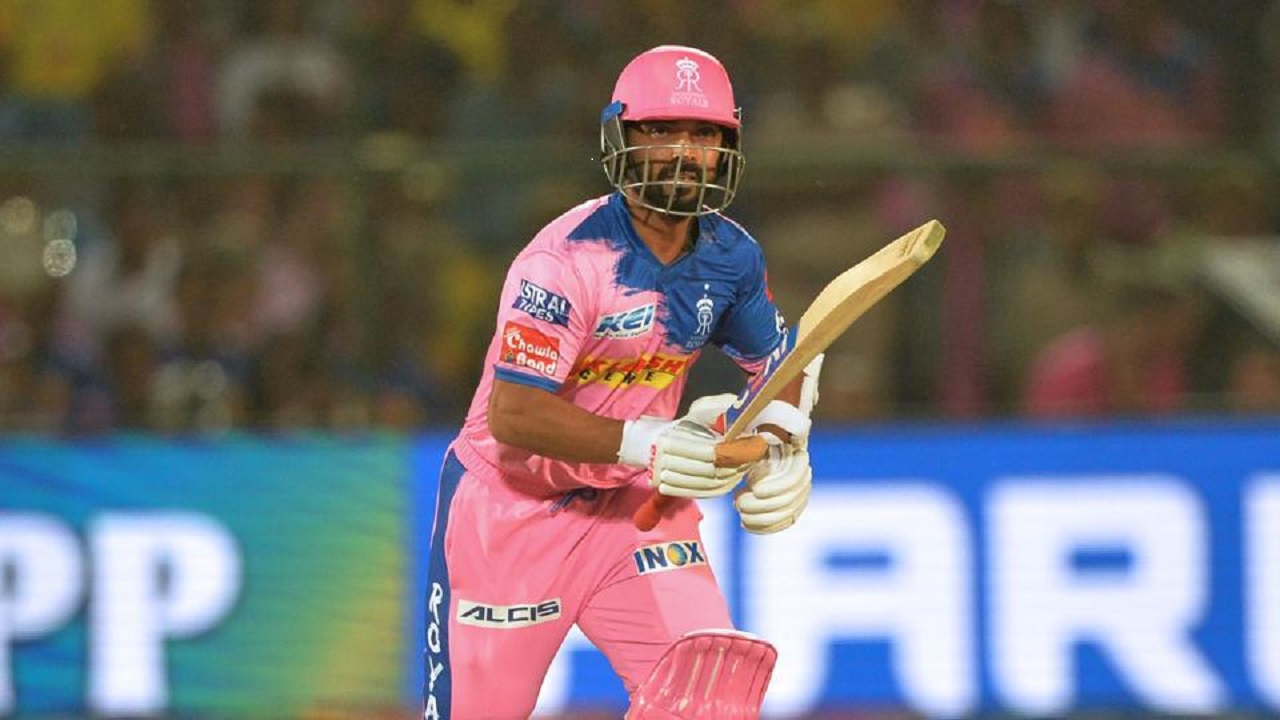 Another match-winning effort on this list of the top 5 innings of Ajinkya Rahane in IPL competition, this one coming against Kings XI Punjab in 2012. Batting first, Rahane’s 98 off 66 balls, decorated with 16 fours and 1 six, was the major contribution in the Royals’ total of 191/4. Kings XI Punjab lacked a Rahane-type innings in reply, with only one batsman crossing 30 while Kevon Cooper bagged a four-wicket haul as Kings XI ended up with just 160/9 in their 20 overs. Once again, Rahane was awarded the man of the match award for his efforts, continuing his excellent form as he also took home the title of the tournament’s leading run-scorer that year. 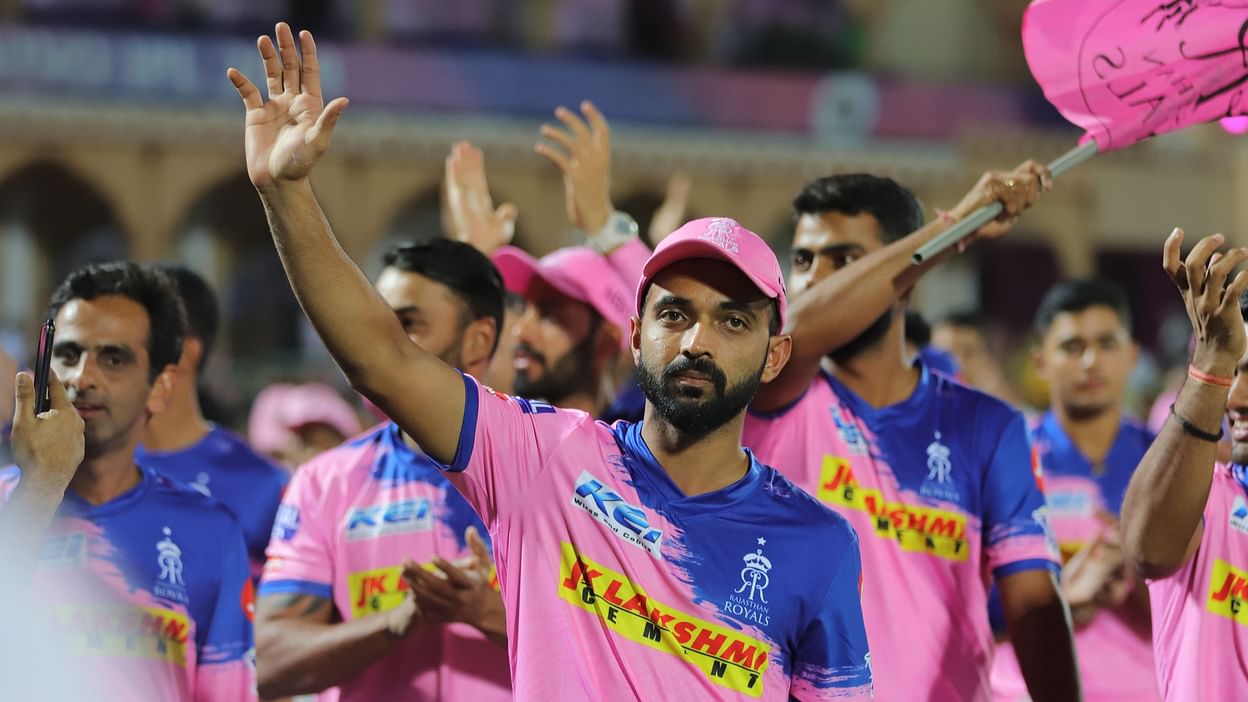 2012 would prove to be a landmark year for Rahane, as he ended up with the coveted Orange Cap as the highest scorer in the IPL. A maiden IPL century for Rahane guided his Rajasthan Royals to a comfortable 59-run win over Royal Challengers Bangalore in 2012. Batting first, Rahane smashed 12 fours and 5 sixes en route an unbeaten 103 off just 60 balls, helping Rajasthan post 195/2 with the help of Owais Shah’s quickfire 60. The Daniel Vettori-led RCB never got going in their reply, ending up being bundled out for 136 in 19.5 overs thanks to figures of 4/25 in 4 overs from Siddharth Trivedi. Rahane’s century was lauded by many and was even adjudged to be the beBest Batting Performance of Ajinkya Rahane in IPL that year. 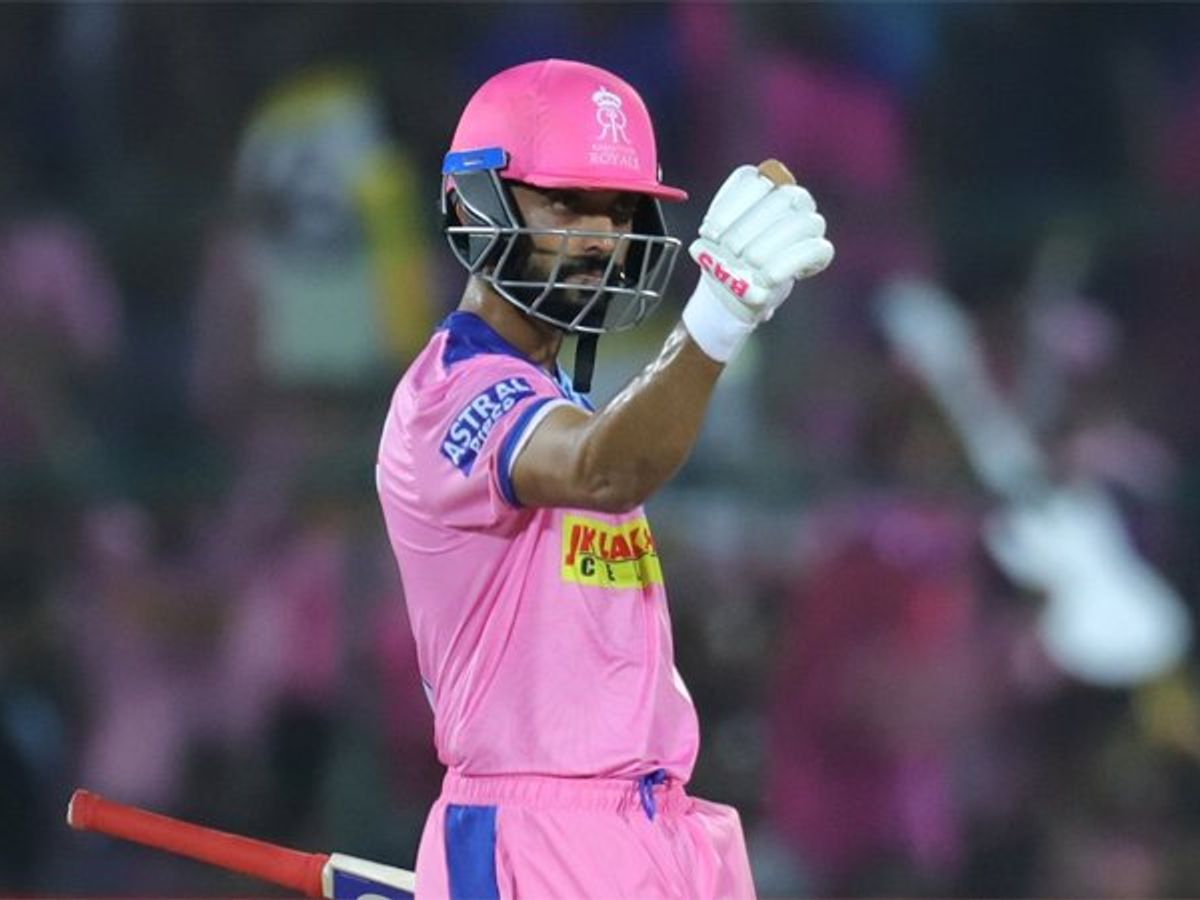 It’s not often that a batsman who has scored a century in a T20 game ends up on the losing side, but that’s what happened to Rahane when Rajasthan Royals took on the Delhi Capitals in 2019. Batting first, the Royals posted a challenging 191/6 in their 20 overs thanks to Rahane’s 105 off 63 balls and Steve Smith’s 32-ball 50. However, they came up against the explosive Rishabh Pant, who smashed the Royals bowling attack to all parts of the ground on his way to an excellent 78 off just 36 balls as the Capitals made light work of their big run chase and ended up winning by 6 wickets. 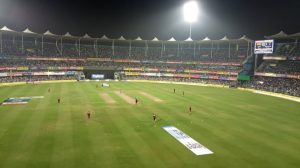 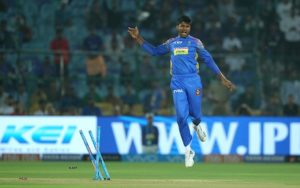 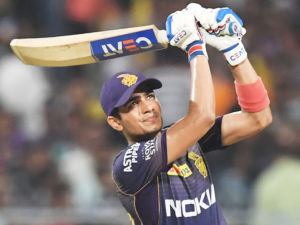 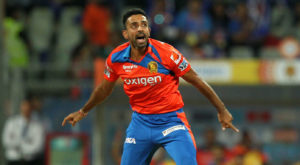 Top 5 bowling performances of Dhawal Kulkarni in IPL
Join us: