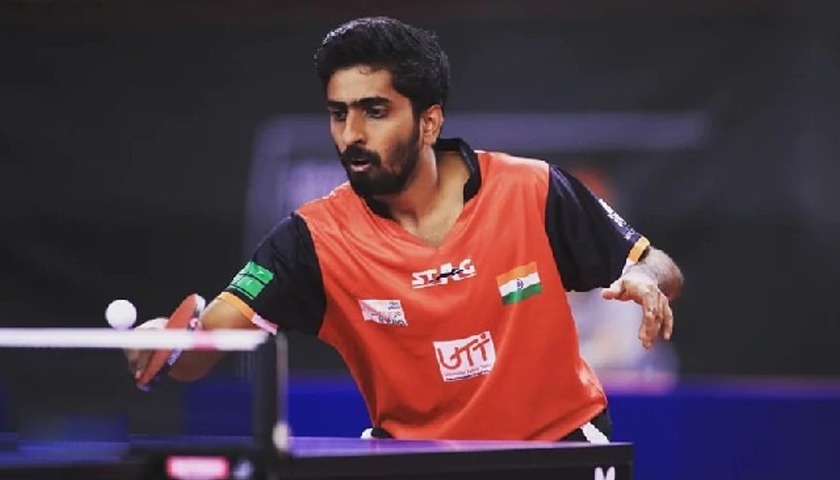 Sathiyan Gnasekaran is an Indian Table Tennis player born on January 8th, 1993, and will be representing the country in the upcoming Commonwealth Games 2022.

Sathiyan Gnasekaran was born on 8th January 1993 in Chennai, Tamil Nadu India.  He was born in the middle class family of elite academicians.

There was a time when his parents couldn’t afford to pay his school fees when he was in 3rd standard.  Later he enrolled in engineering college but the tough time came in his life when he lost his father to cancer in 2015.

Sathiyan began to pick up Table Tennis professionally and started learning the nuances of the game under Subramanian Raman.  He later received scholarship from Tamil Nadu Government which helped him to focus on the sport.

He is currently employed with ONGC and being supported by GoSports Foundation.

Sathiyan was successful at Junior Level but he found it difficult to transitioned from Junior to senior level tournaments.

Coach Raman took him to Germany to pursue training once he returned from Germany he started winning medal at the senior state and national competitions.

Sathiyan Gnasekaran will be representing India in the upcoming Commonwealth Games 2022 and there will be huge expectation resting on his broad shoulders to deliver in the marquee event for Men in Blue.

He is an experienced campaigner and knows how to perform in the crunch phases of the game.  He will be joining Sharath Kamal and Harmeet Desai in the singles category.

Sathiyan Gnasekaran lost his father to cancer in 2015. He lives with his mother MalarKodi Gnanasekaran in Chennai.

His siblings name is Divya and Rekha Gnasekaran. He came from humble background and rose to the occasion with his brilliant display of Table Tennis in International circuit.

Sathiyan Gnasekaran records and achievements can be summarized in the below format:

Sathiyan Gnasekaran is becomes the first Indian paddler to reach in World 25 ITTF rankings in 2019.  He held 24th position in the world  rankings which was also his career best ranking.

He faced difficulty in transitioning from junior to senior level competitions as he wasn’t able to find breakthrough in the senior arena. He is a part of group of 19 athletes who are supported by GoSports Foundation under Rahul Dravid Athlete Mentorship Programme.

His elder sisters Rekha and Divya are married and he currently lives with his mother in Chennai. 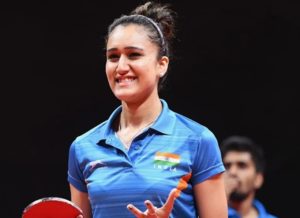 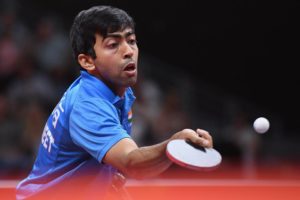 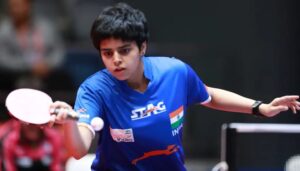 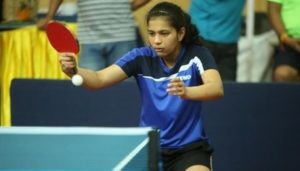