The ‘Dubki King’ secured yet another Super 10 (18 raid points) as the Patna Pirates overcame a stiff challenge from Anup Kumar-coached Puneri Paltan to secure their third win on the trot. It wasn’t just Pardeep who rose up to the challenge though, with Neeraj Kumar impressing in the heart of Patna’s defence with a record-equalling 11 tackle points (a record shared with Manjeet Chhillar). 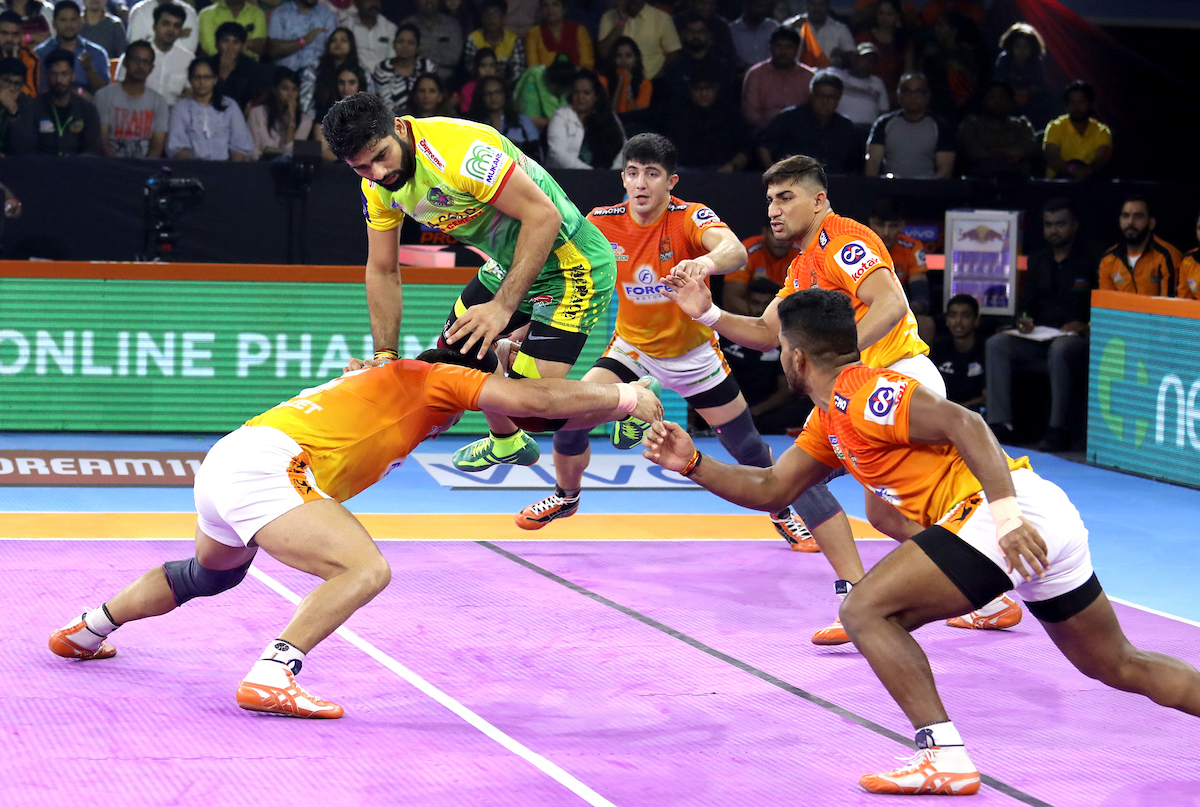 The first half of the match was highly entertaining with both teams throwing caution to the wind in a raid fest. Pune’s young raider Pankaj Mohite was the first to impress with a three-point Super Raid in the fourth minute. But ‘record-breaker’ Pardeep Narwal was in no mood to let Pune’s raiders steal the limelight. The Patna raider took control of the proceeding as he targeted the Paltan one by one, ably supported in his defence by rejuvenated Neeraj Kumar. The Pirates’ recent run of form (three consecutive wins) have also been largely to the presence of Korean raider Jang Kun Lee who has chipped in with valuable points as a secondary raider when Pardeep is sent to the dugout. They worked in tandem and clinched they first All-Out of the match in the 10th minute to open a five-point gap. Patna continued pressing as Pardeep raced to his Super 10 in the dying minutes of the half. His raids, combined with Neeraj Kumar’s tackling (who also secured his High 5 in the half) gave Patna another All-Out in the last minute of the first half to open a 10-point gap (27-17) going into the break.

The second half proved to be the same for the home team as Pune struggled to reduce the points gap. Pardeep Narwal and Neeraj Kumar continued their good work in both the ends as they secured another All-Out in the 10th minute of the match. The Pirates continued their domination till the final stages of the match with Neeraj Kumar reaching double figures for tackle points. Pardeep also overtook Naveen Kumar in raiding points for the season as Patna look all set for a good finishing phase to the season. The win helped Patna jump to 8th in the points table. 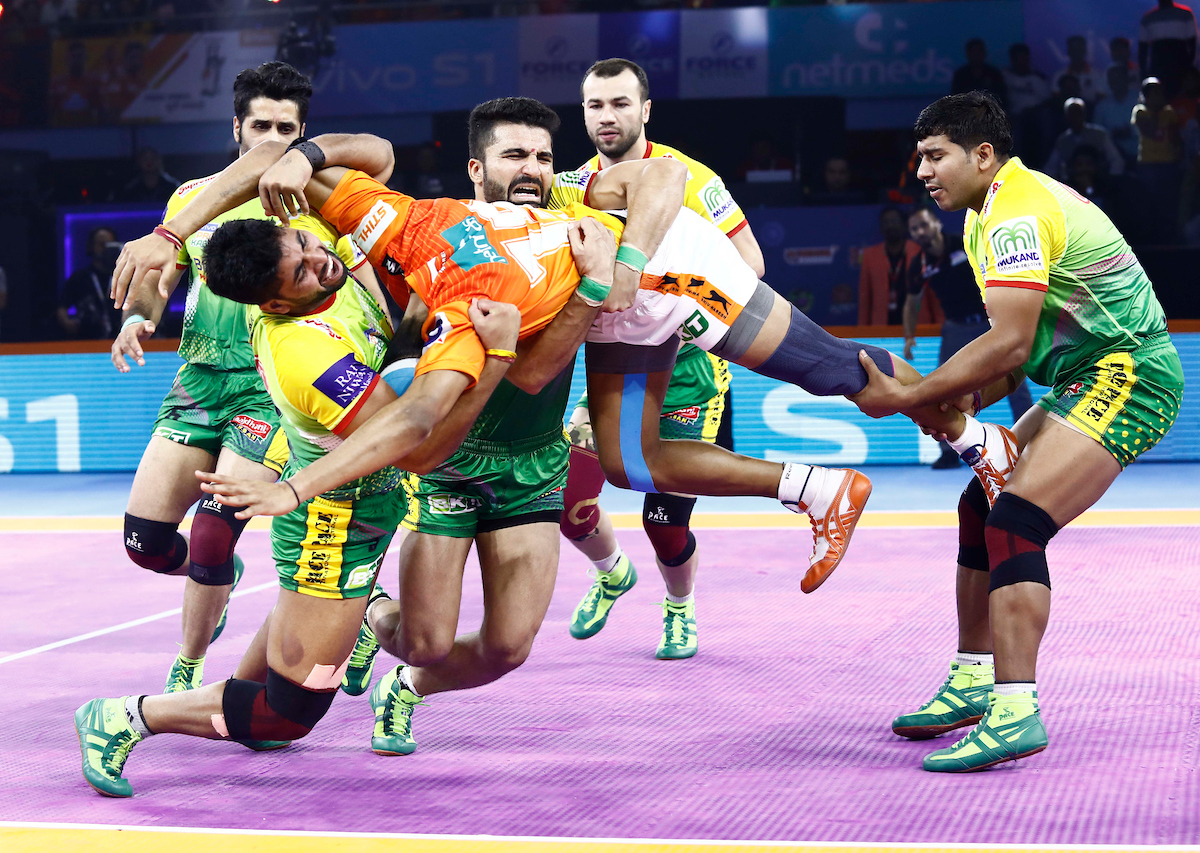