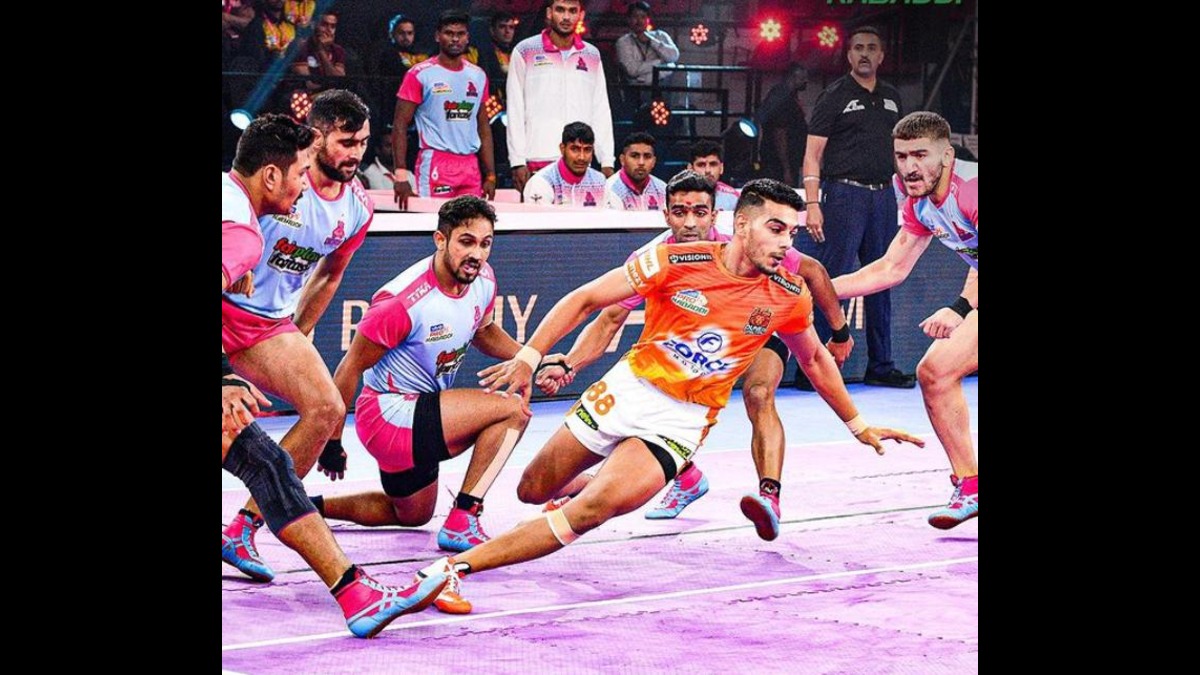 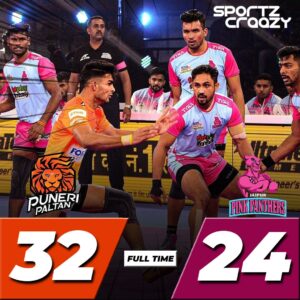 The first fixture of day 16 of the Pro Kabaddi League season 9 saw Puneri Paltan beat the in-form Jaipur Pink Panthers side. The Paltan side displayed great levels of skills to outclass the table toppers by a margin of 8 points.

The Paltan attacking department led by Aslam Inamdar, broke the spine of the Pink Panthers’ defense who rather looked dull than usual. Inamdar completed his Super 10 and finished the match with vital 13 raid points. He was accompanied by Mohit Goyat, who is also having a brilliant season and he brought back 6 raid points.

Puneri Captain Fazal Atrachali guided the team very well towards a comprehensive win and they have now taken the 4th spot in the points table. Meanwhile, Jaipur were being dominated from the first half itself and they lacked a sense of unity that they showed in the previous matches.

Arjun Deshwal, Rahul Chaudhari, V Ajith, Bhavani Rajput and Nitin Panwar could only win a combined 17 raid points and the defense never really looked solid in this match. However, Jaipur are still on top of the PKL season 9 points table as they are level with second placed Dabang Delhi with 26 points. 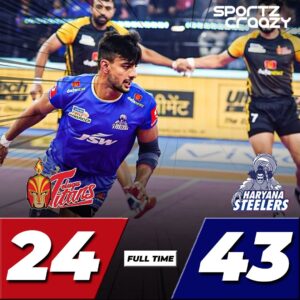 The second and last match of the evening took place between Telegu Titans and Haryana Steelers. It ended up becoming a one-sided match in favor of Haryana whereas the Titans are in deep trouble as they sit at the bottom of the points table.

The Titans’ team had very less chances in the game as the lack of experience as well as match winners are becoming an issue for them. They are now almost out of the Play-offs spot as only a miracle can turn around their underwhelming season.

Raider Sidharth Desai was Telegu’s highest scoring player as he won 5 raid points, but he needs the support of other team members to make a difference. He also won his 500th raid point tonight.

Meanwhile, Haryana Steelers came back to winning ways, and they also ended their 4-match losing streak. It was a clinical team performance by the Steelers as raider Meetu Sharma completed his Super 10 and added 13 raid points to his tally. The Tall and Solid Manjeet Dahiya looked sharp as he contributed 7 raid points for his side’s win. 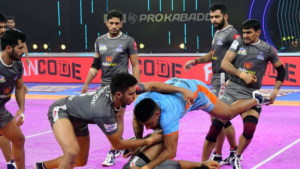 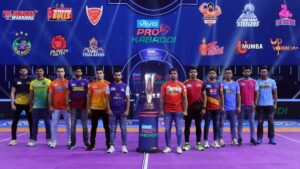 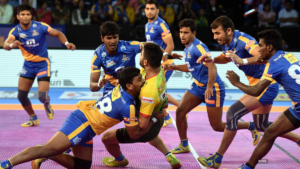 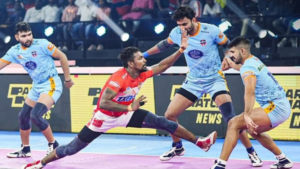