Kiren Rijiju, The  Union Minister for Youth Affairs and Sports on Wednesday took a review meeting regarding India’s preparation for the upcoming Tokyo Olympics 2021. The meeting was attended by IOA  President Narinder Batra along with other IOA officials. This news was shared by Kiren Rijiju as he tweeted from his official account where he wrote “Took a review meeting on India’s preparation for Tokyo Olympics with the Indian Olympic Association and senior officials. Our preparation despite pandemic is well on course to give best possible performance,”.

Took a review meeting on India's preparation for Tokyo Olympics with the Indian Olympic Association and senior officials. Our preparation despite pandemic is well on course to give best possible performance. pic.twitter.com/E0EQdXzqrl

As Tokyo  Olympics was all set to start from this year but it has been rescheduled to 2021 due to COVID-19 and the now the mega event will take place from July 23-August 8, 2021.

However, Sports Minister Rijiju is very optimistic that with the way Indian players are preparing they will certainly give their best in the upcoming Olympics also he added that India will be finishing under top 10 in the 2028 Olympics.  The Sports Minister had revealed the long-term plans in an Instagram live session with table tennis player Manika Batra.

“The 2024 Games is a mid-term goal but the long term is 2028. When I became sports minister I had very limited talents, potential Olympic medalists,” Rijiju said.

He further stressed that 2024 Paris Olympics India will have a strong chance to bag maximum tally of medals in the Quadrennial Games.

“In 2024, we will have a potential team, which can get us maximum medals. But in 2028 I’ve made my mind very clear we have to be in top-10. And I’m not saying just like that. Our preparation has started,” he said

There is a lot of areas where Indian players has to improve irrespective of different sports in which they compete in Olympics also IOA and SAI will have to develop great infrastructures for all the players so that all their needs, diets, training facilities, coaching are being taken care of as per the International standard so that they can bring maximum medals for the country in biggest sports events in future. 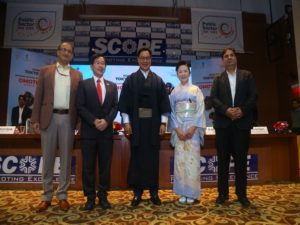 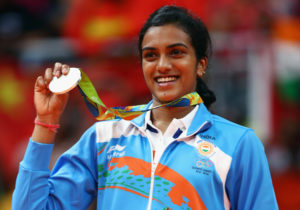 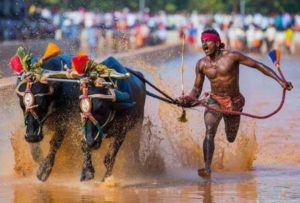 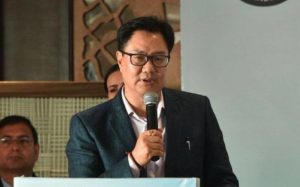 “There can’t be any discrimination”: Rijiju on India’s Olympics COVID-19 restrictions
Join us: