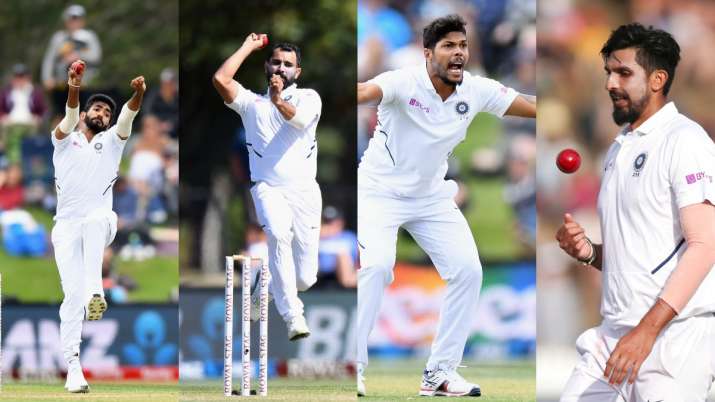 Former West Indies fast bowler and commentator Ian Bishop praised Indian cricket team for producing great fast bowlers as according to him the current lot of Indian bowlers who represents India is one of the best bowling units that India has ever produced.

As Bishop said that with the likes of Jasprit Bumrah, Bhuvneshwar Kumar, Mohammad Shami, Ishant Sharma and Umesh Yadav have been lethal, quick and accurate. As they are consistently taking wickets and had an extra cumulative edge over the opposition batsman.

In the 70s and 80s, West Indies was the force to reckon with especially their fast bowlers like Michael Holding, Courtney Walsh and Malcolm Marshall who brought opposition batsman to the standstill as it was not easy to face them and If I put, in other words, they were no less than a nightmare for any batting line up.

However, Bishop said that the culture of fast bowling was injected into the Indian side in the 2000’s itself. They produced great fast bowlers like Zaheer Khan, Munaf Patel and RP Singh that raised a bar for a current lot of bowlers like Bumrah, Shami and others.

Where he said “It is perhaps the best generation of talents of fast bowling India have produced. And it started a while ago. We can go back to Zaheer (Khan), RP Singh, Munaf Patel and that little cluster that came through after (Javagal) Srinath, who followed Kapil Dev. It’s great to see,”.

Ian is also surprised and happy to see Indian Board working hard on the grassroots level to develop fast bowlers as India in the recent past is always known for their batting so producing fast bowlers at this calibre is a huge feat for India.

Where he admired BCCI in detail about their approach to develop fast bowlers at the ground level to which he added that “It seemed to me from the outside that there was a deliberate attempt by India to recognise that ‘batsmen were good, but if we have to win overseas, we have to get players from the MRF Pace Foundation and the NCA coming through, try to prepare pitches to encourage these faster bowlers rather than dusty turners’.

However, Bishop praised Bumrah and called him special bowler as Bumrah in less time has earned a name for himself being credited as one of the best current fast bowlers in the world where talked about Bumrah and thing he is amazed about Bumrah where he concluded “Until today, I’m amazed as to where the pace comes from. And he has got a serious skill set. The way he swung the ball in the Caribbean, for example, and the way he can up his pace and still apply control to it. And then when I hear him speak about the game and break the game down, there I see a generational talent. Once he can stay fit, he is an entire package,”