Anirban Lahiri is a professional golfer of India who plays currently bat the PGA Tour and Asian Tour. He is a dedicated and hard-working professional who has won several recognitions for his country and himself making all of us proud. He committed to the Asian Tour in 2008 and till then he has reached new heights of success.

Anirban Lahiri Early Life
Anirban Lahiri is the son of Dr. Tushar Lahiri and he learned to play golf at a very early age of 8 years old. His father is a general physician of the armed forces and he is the one who encouraged, introduced and supported him in order to become a successful golfer in his life. His father exclaims that he used to pick up the golf balls for him and he used to play with them for 15 minutes before the night crept in. this is when he realized his son’s passion for the sports and it all began from there. 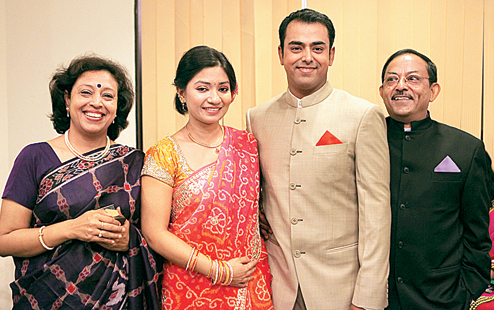 He was born on 29th June 1987 in Pune, Maharashtra. However, he currently resides in Bangalore. He comes from high-class background and although his descent is Bengali he can fluently speak Punjabi and English. He is quite adaptable and adjustable to several cultures and food which he considers as a bonus aspect of an army kid. He is proud of his nationality and culture and he feels that every army kid has a feeling for the nation which is entirely personal yet common to all of them. He married his love Ipsa Jamwal in 2014. The year 2014 was quite a consistent season for him which comprised of 2 Asian Tour wins and he also participated for the 1st time in the top 100 of Official World Golf Ranking. In the year 2015, he claimed his very 1st victory in the European Tour of the Maybank Malaysian Open. In the same year, he won a second event in the same European Tour. He was labeled as the new aspiring golfer to watch after his successive wins and amazing performances. In the PGA Championship of 2015, he came to a tie for the 5th place thereby setting a record as the most number of completion by an Indian professional golfer at all times. In 2016 he qualified for the Summer Olympics thereby claiming a spot among the 60 players to complete the Golf Course in Rio. Controversy
Anirban Lahiri pulled himself out from the Korn Ferry Tour in order to be with his family who stayed in Florida as they were threatened by Hurricane Dorian. This brought him at the centre of some controversy, questioning his commitment.