Best Players of St Kitts and Nevis Patriots in CPL

St Kitts and Nevis Patriots franchise made CPL debut in 2015 when they replaced Antigua Hawkbills in the third edition of the Caribbean Premier League. The franchise made a big move by getting Chris Gayle in 2017 and also entered into the first-ever final of the Caribbean Premier League but they lost against Trinidad by 3-wickets to miss out the title. From the last three editions, Patriots have made into the playoffs every time.

For the latest edition of CPL, they called up Sohail Tanvir, Chris Lynn, Ish Sodhi, Sunny Sohal, and Ben Dunk as overseas players. Patriots have introduced some quality players through the CPL and their top players made into the national sides.

Here’s the list of top 5 best players from St Kitts and Nevis Patriots in CPL history: 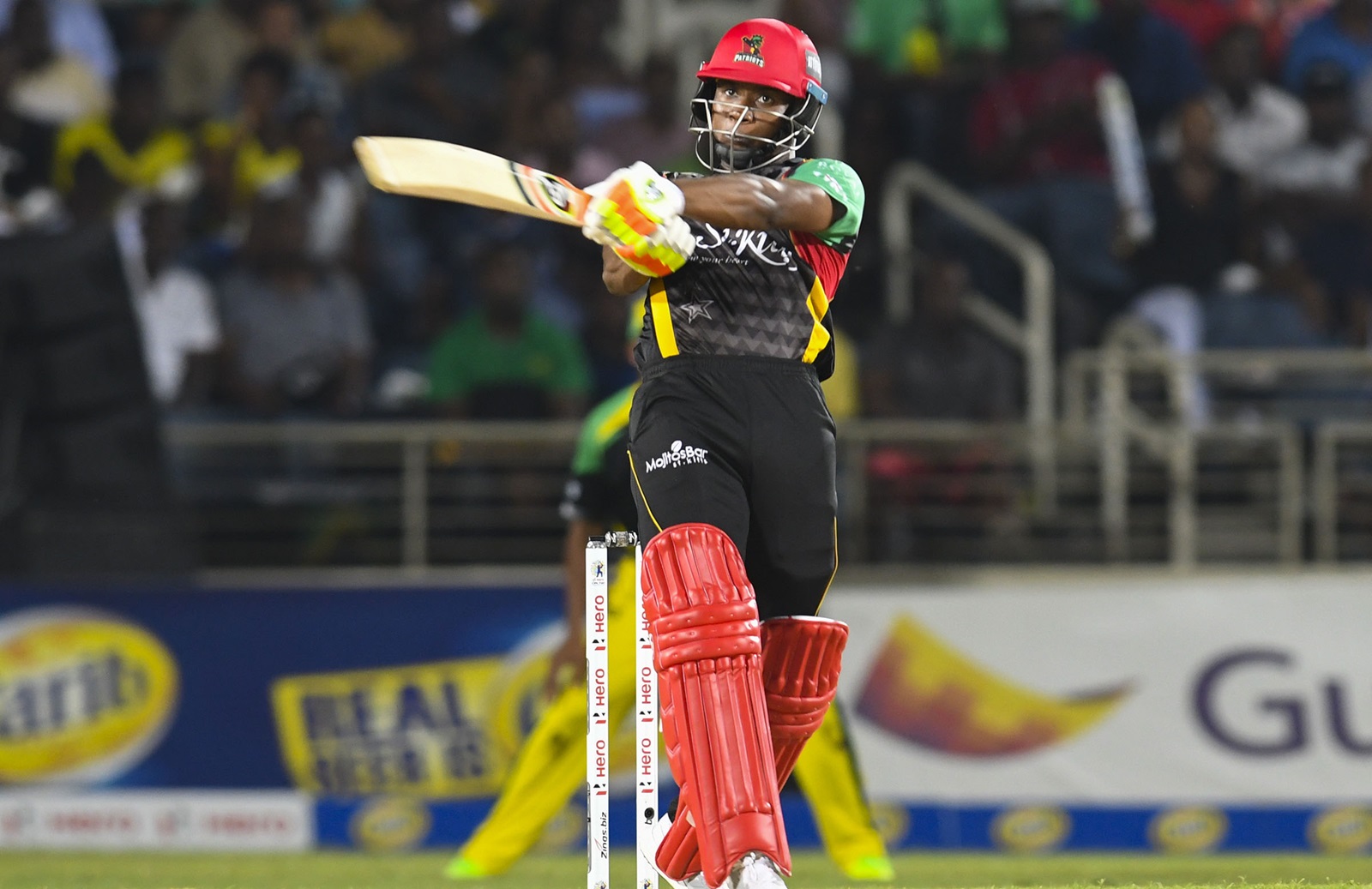 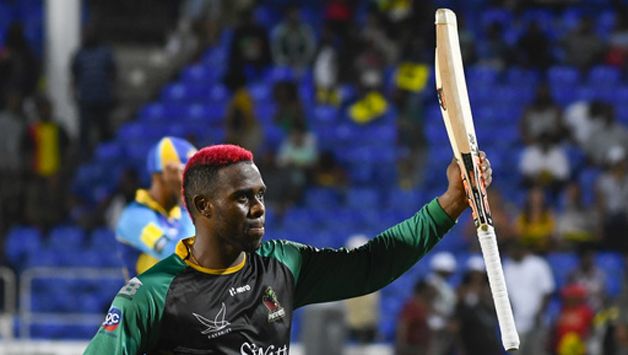 The all-rounder has been pivotal for Patriots in the last three seasons. He made his debut for the franchise in 2017 and led his side to the CPL final. He has aggregated 337 runs from 14 innings at an average of 37.44 striking at 181.18. Allen bats at down-order but he has also batted in top-order to boost the run-rate.

Fabian Allen is also impactful with the ball and provides strength in middle-overs. His best inning came in 2018 against Trident, scoring unbeaten 64 off 34 balls to win the game for Patriots. In the previous edition, he played a blistering knock of 62 off 27 balls against Jamaica Tallawahs. Allen has picked up 5 wickets so far with the ball. 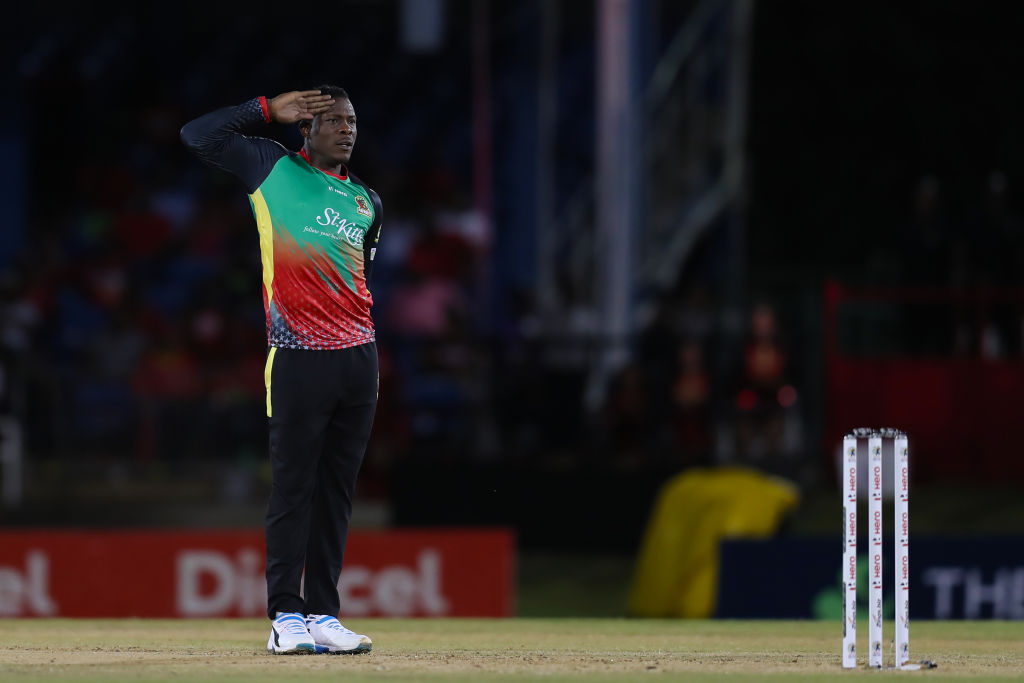 Cottrell introduced his salute signature for the first time in CPL for St Kitts and Nevis Patriots. Sheldon Cottrell has become a prime figure in St Kitts’ bowling unit. He is impressive with the new ball and delivered in each season after making a debut. Since his debut for the franchise in 2016, he made 34 appearances and accounted for 51 wickets at an average of 19.05.

In last season, he picked up 12 wickets from 8 matches and 11 wickets in 2017 from 6 matches. In his debut season, he grabbed 9 wickets. Cottrell’s best performance came in the previous edition against Tridents, picking 3 wickets conceding 13 runs in 4-overs. In Qualifier 1 in 2017, he picked 3-wickets for just 17 runs to guide Patriots into the CPL final. 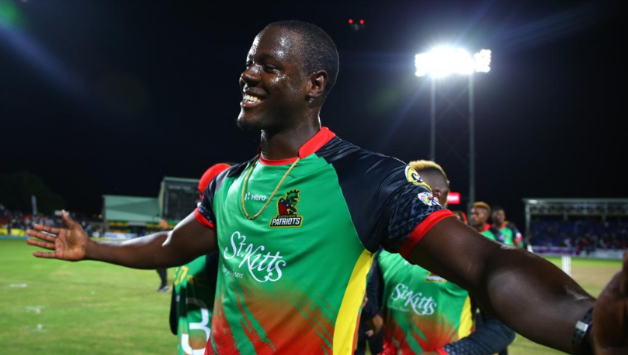 The 2016 World Cup winner Brathwaite made his debut for Patriots in 2015 with the entry of St Kitts and Nevis Patriots in CPL. Carlos Brathwaite is known for huge sixes and from 40 innings for Patriots, he smashed 32 sixes. The big man has contributed 502 runs at down-order striking at 142.20. He has been pivotal for the franchise with the ball picking 36 wickets for the side.

He was the top performer for the side in 2017 to guide his side to maiden CPL final, scoring 151 runs striking at 146.60 and 11 wickets from 10 matches. His best performance came in the same year against Trident, picking 4 wickets for just 15 runs in 4-overs. In CPL final, he scored vital 30 runs and conceded just 17 runs. His best batting knock came in the same year where he smashed 64 off 30 balls. 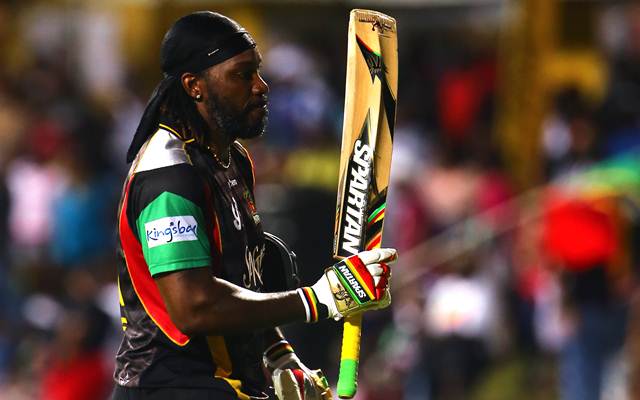 His knock of 54 helped Patriots to beat Tridents in the qualifier game to seal the first-ever CPL final. In the same year, he scored his best innings for the franchise, scoring 93 off 47 balls with 8 sixes. In his last season for St Kitts, Chris Gayle scored 283 from 10 innings.