Top 5 Pro-Kabaddi Defenders: The Pro Kabaddi League Season 6 will always be remembered for Bengaluru Bulls winning the title, Pradeep Narwal heroic 6 points raid and Nitish Kumar becoming the first player to score 100 tackle points in a single season, single handedly taking UP Yoddha to the playoffs.
But it was robust defense that played a critical role in the teams winning the matches. They are key to title winning season, but mostly remain under the shadow of raiders.

Let’s have a Look at the Top 5 Defenders that Laid the Foundation of their Teams’ Success in the Pro Kabaddi League Season 6: 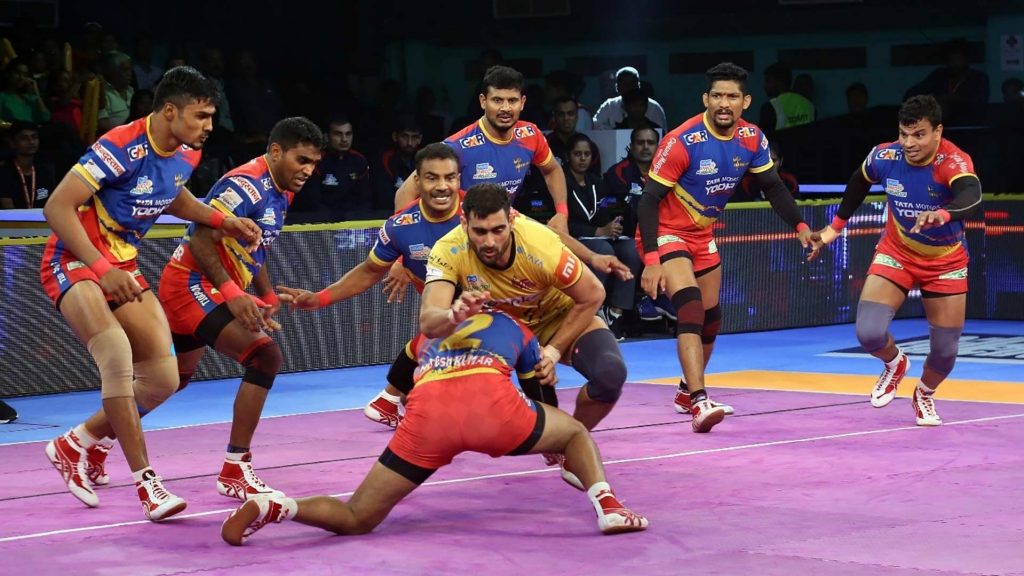 Top 5 Pro-Kabaddi Defenders: UP Yoddha right corner Nitesh Kumar tops the list with becoming the first player in the Pro Kabaddi league history to score 100 points in a single season. He touched the magical figure of 100 tackle points during the second qualifier after making 6 successful tackles.
He was the main reason behind UP Yoddha 8 wins in a row, he had a brilliant average of 4.5 tackle points per match at an impressive tackle SR of 78 including 4 High 5s.

(2) Parvesh Bhainswal
Team: Gujarat Fortune Giants
Matches Played: 25
Points Scored: 86
Gujarat Fortune Giants left cover Parvesh Bhainswal had a tremendous individual season campaign as he scored 84 tackle points in 24 matches at an average f 3.5 and a strike rate of 63 percent making him the second most successful defender of the season 6.
His best performance of the season came against Patna pirates at Thyagraj Sports complex, when he successfully inflicted 8 successful tackles on the opposition raiders. He achieved the feat at an amazing strike rate of 100 . 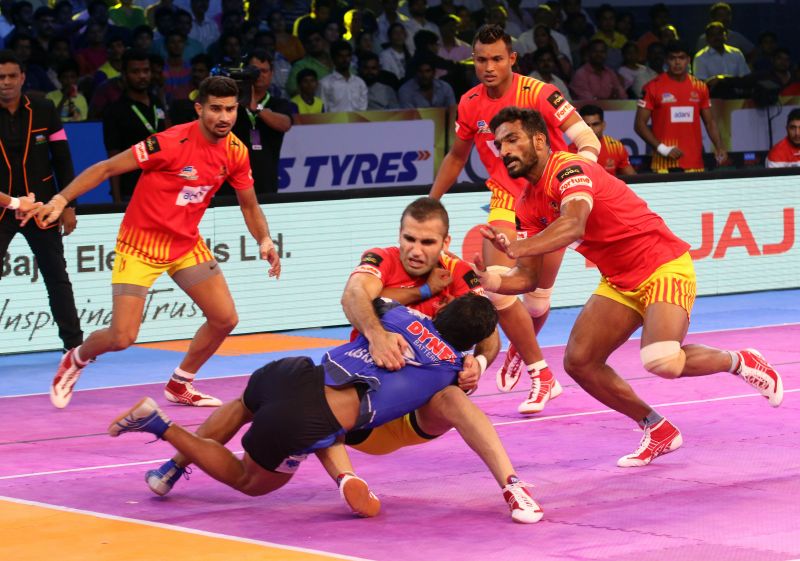 U Mumba captain and defender left corner Fazel Atrachali scored 83 tackle points in 23 matches, therefore making it at the third position on our list. He had the golden opportunity to make it at the top, but in the last 2 games he scored only 3 tackle points of the 10 tackles attempted. His strike rate also dropped to 30 percent.

Although, season 6 will always be memorable for Fazel Atrachali as he became the first foreign player and overall seventh player to score 200 tackle points.

(4) Sunil Kumar
Team: Gujarat Fortune Giants
Matches Played: 25
Points Scored: 76
Gujarat Fortune Giants captain and right cover Sunil kumar scored 72 tackle points in 24 matches at an astounding average of 3 points per match and at a strike rate of 56 percent. His success was complemented by his partner Parvesh Bhainsval as the combo of Parvesh and Sunil Kumar gathered 75 tackle points together making it the second best defensive side in Pro Kabaddi League Season 6.