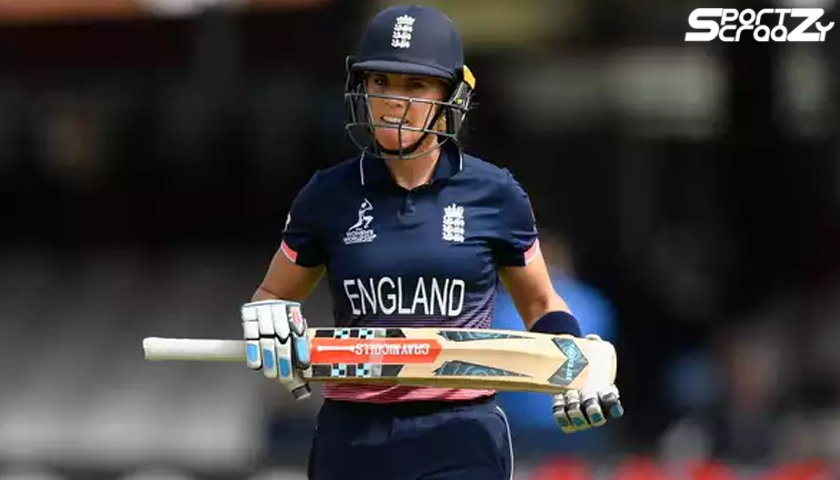 Lauren Winfield is an international cricketer who hails from York City, United Kingdom. She plays for Women’s England cricket team. In County, she plays for Yorkshire cricket club.

She was also a part of England Women’s team for 2017 Women’s world cup which was held in England. She will be eyeing success for England team in 2020 Women’s T20 world cup which is going to held in Australia.

She will open the innings and England would want that she performs well and give some good start to the innings.

She was born on August 16,1990 in York, England. She has studied Sports science from Loughborough University. Her jersey no. is 58 and nickname is Loz. Her local club is Stamford bridge cricket club.

In 2014, she joined a charitable ‘ Chance to shine’ programme and has been involved since.

Lauren Winfield is a proven performer for England Women having a wealth  of 77 international cricket matches and many more domestic matches.

She keeps the wickets for English cricket team and is a attacking batter who can win the game on her own.

She was called to the English academy squad in 2013 when she drew the attention of English Management after her impressive performances for Yorkshire in Women’s County Championship.
She made her debut against Pakistan in same year batting at number 7 in One day internationals. Then after she made her Test debut against India in 2014 where she made important 35 runs in second innings.

She was made captain of Yorkshire cricket club in 2014 and she led her team to its first championship title since 2002. She averaged 95 in the season and was most important factor in team’s success.
She lost her form in International arena and was later omitted from 2016 T20 World Cup team. Though she gained her lost ground through impressive performances in domestic cricket and was later named in 2017 Women’s World Cup team of England.

She opened batting in 2017 World Cup final against India in Lords where she scored 24 runs including four fours and gave her side good start. Eventually England went on winning the title following a miraculous bowling effort from Anya Shrubsole.

She has also shared a record opening partnership of 147 with Tammy Beaumont in Bristol, the highest in Women’s T20I for England against Pakistan.
She has captained Yorkshire Diamonds in Kia Super League, a global Women’s T20 tournament, and is a part of team since the start.

She made her Big Bash debut in 2015 and was a part of Hobart Hurricanes.

In 2019, she was awarded a full time contract by ECB following her stupendous performances.Her hobbies include listening to music and playing Golf. She is a big fan of famous British Rock band ‘Coldplay’.