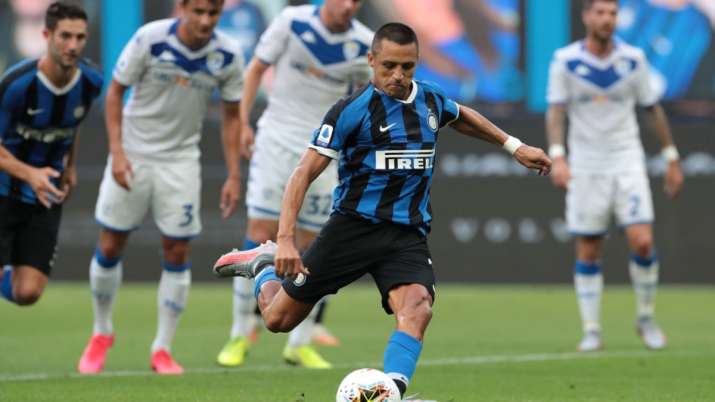 Inter Milan knocked down Brescia by a score of 6-0 in a Serie A clash on Wednesday. The win means that Antonio Conte’s men have now climbed at the 3rd place in the latest Serie A standings.

Inter Milan displayed a brilliant performance throughout the match, netting six goals and that came from six different players. Antonio Conte and his men were at their best on that night as they started with their fireworks in just the fifth minute of the game start as Ashley Young showed the glimpses of his old form during the game.


On which the club manager Antonio Conte said, “Sanchez is starting to do well,”

The second goal came during the 20th minute of the game when Inter Milan was awarded a penalty as Alexis Sanchez took advantage of the opportunity and took the team’s lead over Brescia to 2-0.

Danilo D’Ambrosio was the one as he took the side’s lead to 3-0 just a minute before the completion of the first half. The defender took his side to 3-0 over the Brescia.

The second half saw Inter Milan replicating the same form as they looked equally aggressive and kept on piling goals adding to their score. Roberto Gagliardini, midfielder Christian Eriksen and midfielder Antonio Candreva were the ones to score a goal each, thwarting all the hopes of Brescia in the match.

After the win, Inter boss Antonio heaped praise on his side in an interview to broadcaster DAZN “We kept our foot on the gas and the fact that we didn’t concede is a big positive,”

Inter Milan now faces Bologna in their next match while Brescia faces Verona at its home ground for their respective Serie A fixtures.