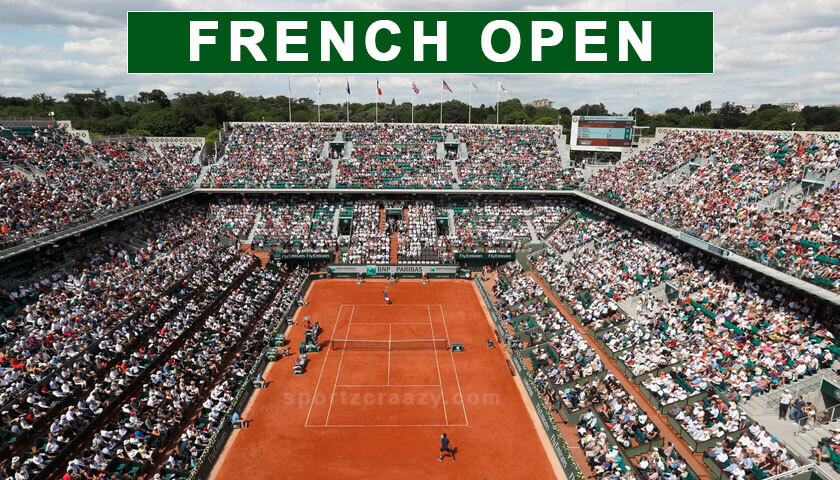 Tennis and its magic have taken over the world and the recently concluded US Open championship confirms the same fact in a bigger context. While the US Open is one of the most popular tennis events amongst its Global fan base, there’s another Grand slam event which is much loved by the Tennis lovers around the world and been very famously called “the French open Tennis championship” held on a clay court in the City of Paris in France every year. 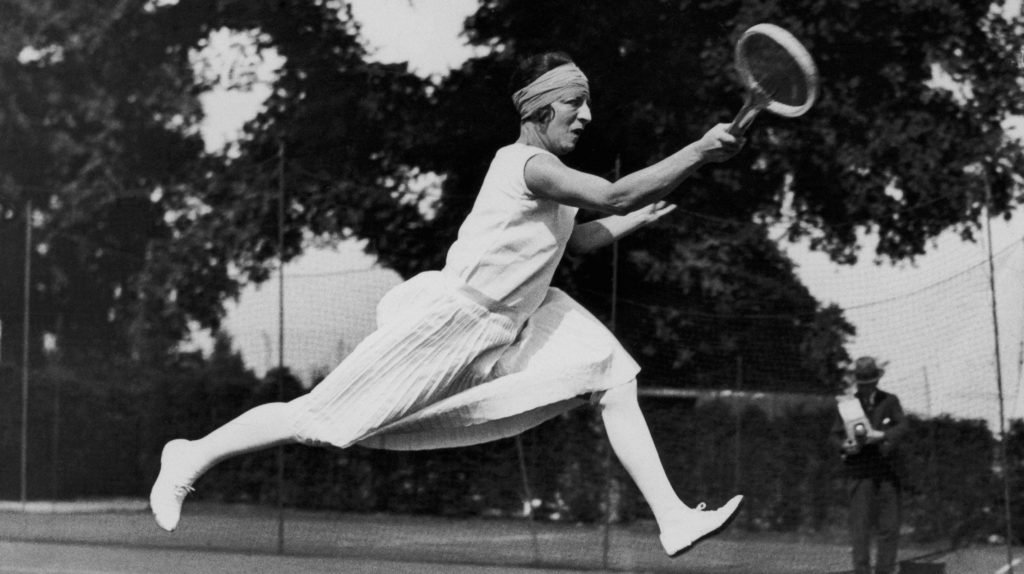 The Tournament was first played in 1891 and during that time, it was only open to the players of the French clubs and was mainly held as a Men’s singles and doubles event championship. Eventually, the Women’s event also got included in 1902 along with the Mixed doubles event in 1902. The Tournament was played with the same format and rules till 1924 within selected venues.

Significantly, the tournament went open to all Amateurs tennis players across the globe in 1925 and got its recognition as a Major Tennis event by the International Lawn tennis federation and was famously known as “Roland Garros” ( named after a Famous French Aviator) around the world.

Interesting Facts you must know about the French Open

The Mystery behind “Roland Garros”- 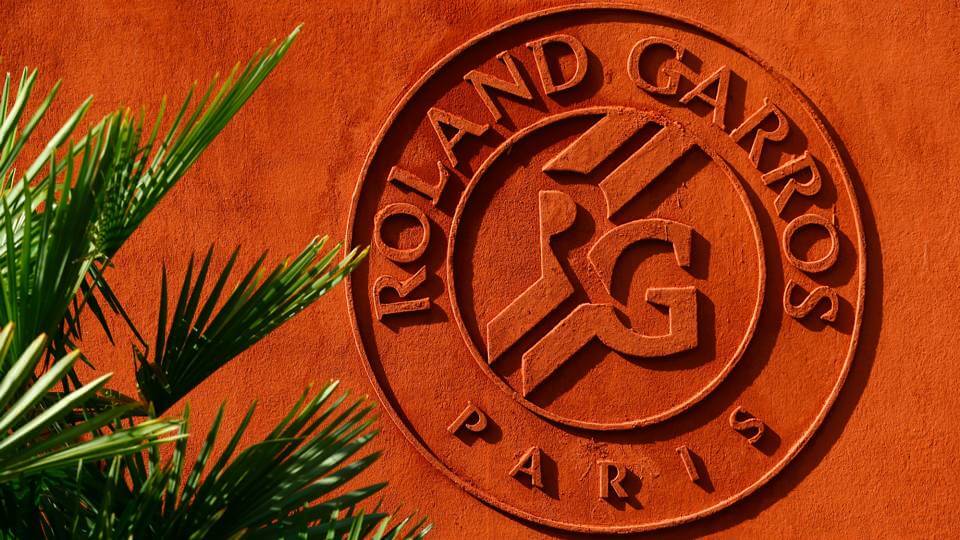 Not many people are aware of the fact that the name “ Roland Garros” came after a French Aviator and a world war one pilot Roland Garros. Though he wasn’t been quoted as a “War Hero”, but was highly credited for his efforts while shooting down four enemy Aircraft.

The not so “Champion’s Friendly” championship

While French open has always been termed as the most physically demanding tennis tournaments in the World, it was always been termed as a tournament dominated by “Legend Killers”. There are a number of Legend players like Pete Sampras, John McEnroe, Jimmy Connors, In the Men’s category and Names like Venus Williams and Martin Hingis in the Women’s category, who have never won the Coveted championship during their Successful careers.

An open Tournament which wasn’t open to Global players initially 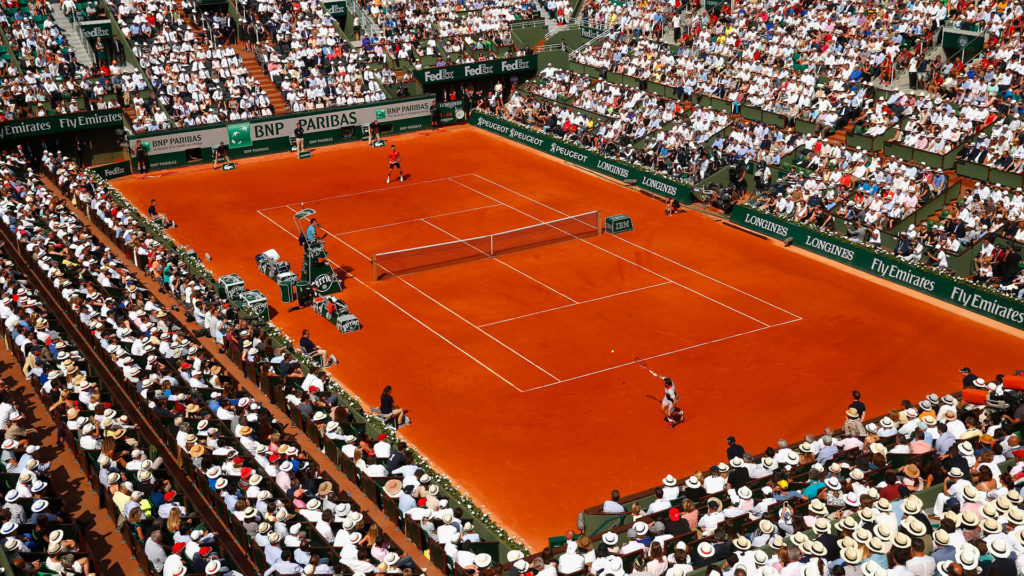 Established in the year 1891, French open was initially open for all the players from the French clubs only and no other players from around the world were allowed to take part in the event. It was only by the year 1925 when it became open to all the Amateurs players across the globe. 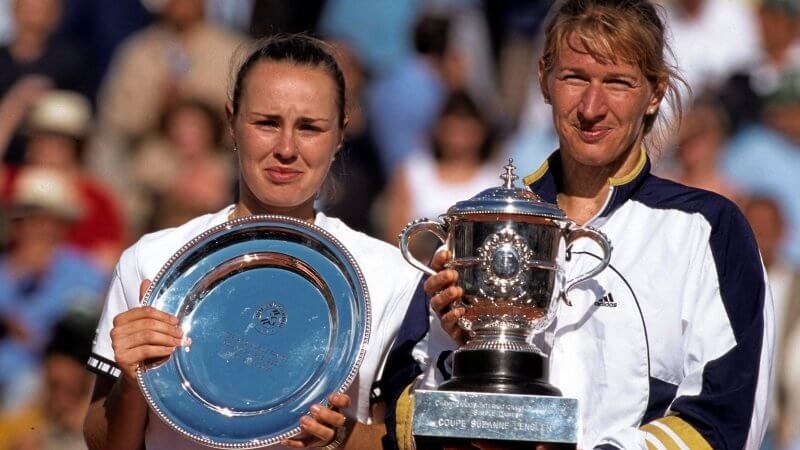 If there’s any match that carried all the flavours of a competitive match on a clay court, it was the 1999 finals of the Women’s category which saw Martina Hingis competing against the Legendary Steffi Graff who was on the verge of Retirement from Tennis.

The Match had it all, Emotions, Drama, Crowd booing Hingis for her heated arguments with the Referee and much more. Eventually, Graff defeated Hingis 4-6,7-5,6-2 after being one set down. 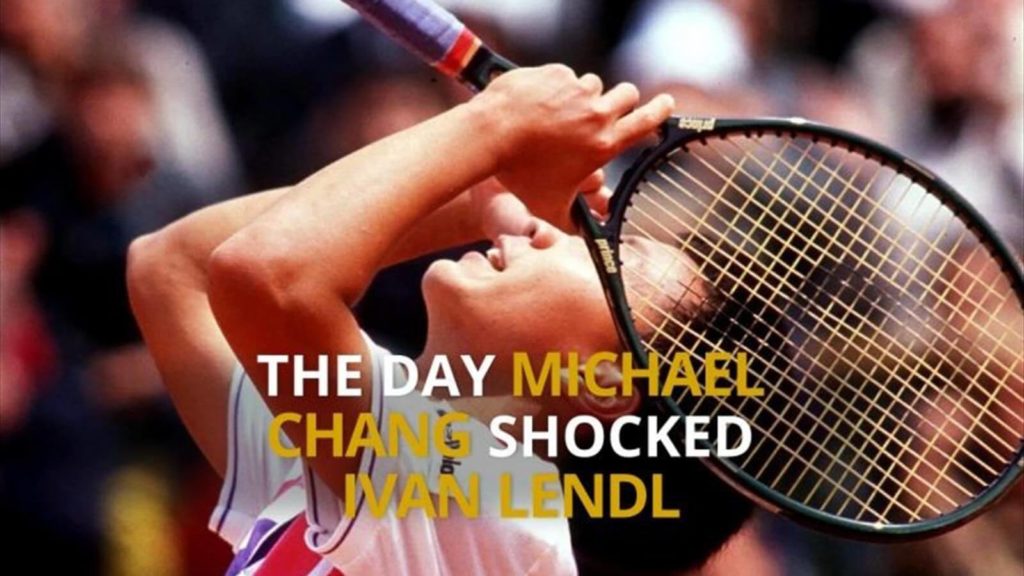 The match is remembered as one of the finest comebacks by American players Michael chang who came back to secure a victory against the World number one Ivan Lendl 4-6,4-6,6-3,6-3,6-3,  after being on the verge of defeat along with severe cramps.

As per the statement given by Chang after the match, he was just about to quit due to the severe pain about the cramps in his legs but still gave his all to the match at the last moments. 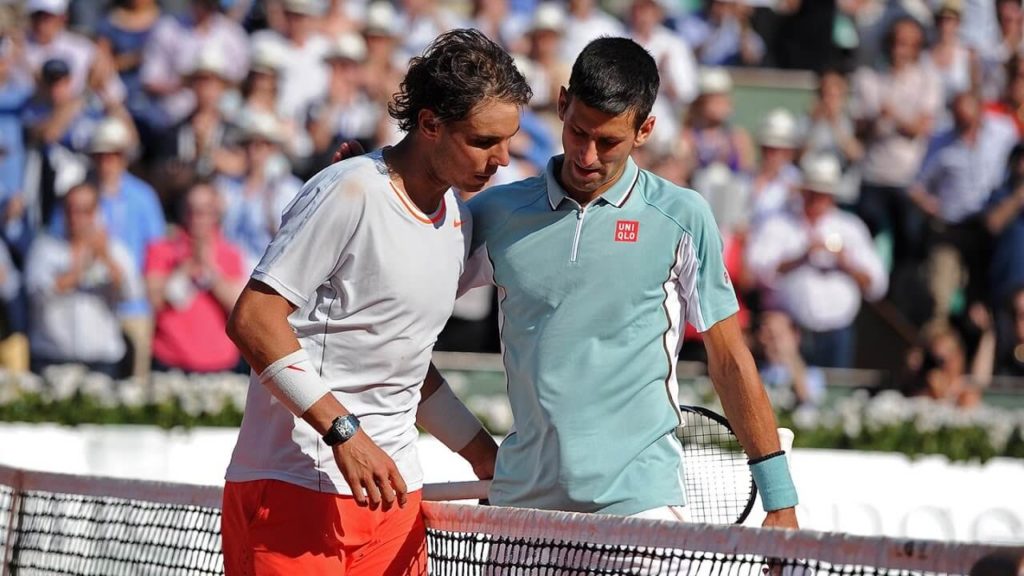 Rafael Nadal has always been termed as a “king of the Clay” and while he was in this final match with the same stature against the World number one Player Novak Djokovic, what happened next was nothing less than a “ Mortal Combat”.

Most Successful Players in the French Open History If we have to name one player who has proved his dominance on the clay courts of French Open history, it is the Spaniard Rafael Nadal who has won the title record 11 times during his career. That wasn’t it as he won the title for the consecutive years from 2005-2008 and 2010-2014. Nadal won the French Open an all-time record of 12 times and is the first, and only, a player in history, male or female, to win 12 grand slams at a single major (no other male player has won more than 8 titles at a single major in the Open Era). 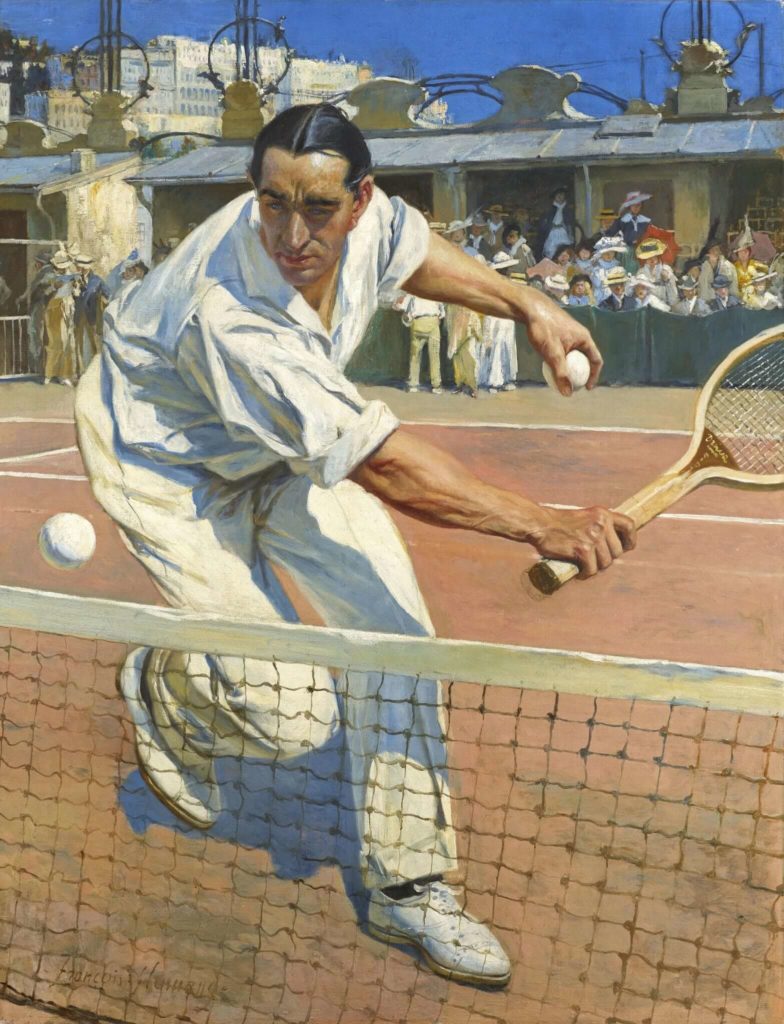 Max Decugis was certainly the only other players after Nadal who has won this championship quite convincingly during his times. He was probably the only French players who won the title 8 times and ruled the championship during the pre-world war era. 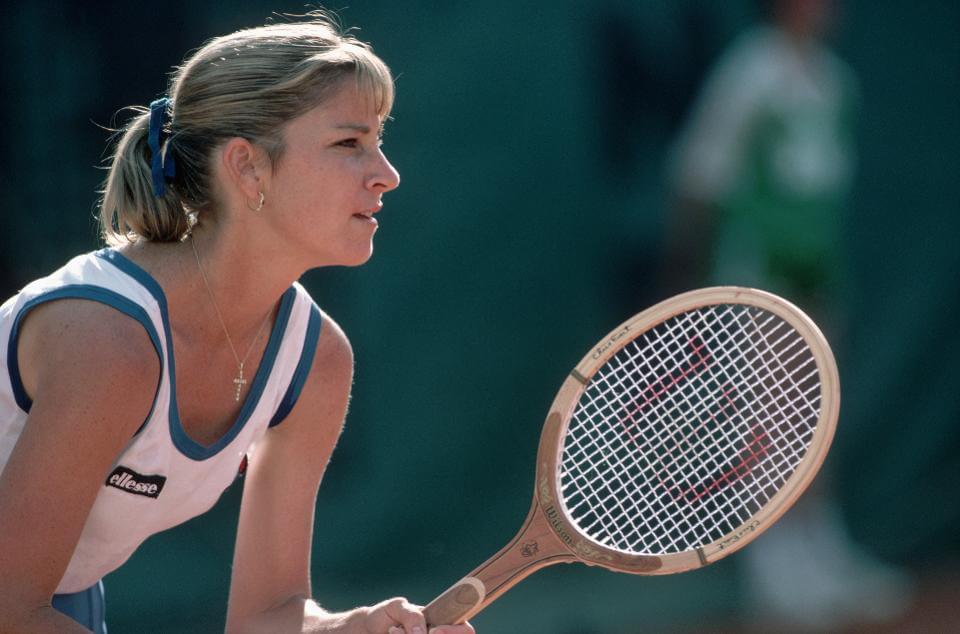 Talking about the Women’s category, the American legend Chris Evert is the most successful French open women player in the championship history with 7 singles titles under her name. Even she has been a part of some of the most exciting and highly competitive matches during the tournament’s history.

Suzanne was also amongst the only few women players from France who have made it big in the French Open History. She has won 6 singles titles during the Pre- world war era and still holds the record for securing the most consecutive titles in Women’s category in the French Open history (1920-1923).

Winner Prediction for the French Open 2020 While Rafale Nadal and Simona Halep have proved their supremacy in Men and women French open event held this year by winning the titles in their respective categories, there will be a number of other players who will be there in the contention on their way to defend the title again in 2020.

If we talk about the Men’s group, the most probable names that would be giving Nadal a tough fight on his defense to the French Open title is going to be Novak Djokovic from Serbia. Though Roger Federer would also be a tough challenge, it’s the 2019 US open champion Djokovic who is currently in red hot form.

Talking about the Women’s group, names like Serena Williams and Naomi Osaka would again be giving their all to relive that US open finals 2018 night for the Women’s title.

French Open has always been called as the “Tournament of biggest upsets” in the tennis history and this year as well, all eyes will certainly be on some famous youngsters from the list like Dominic Thiem, John Isner, Alexander Zverev and Denis Shapalov. Talking about the Women’s category, players like Jelena Ostapenko, Daria Kasatkina can pose a great threat to other big names in the tournament.