DC vs RCB Match Summary: Delhi Capitals beat Royal Challengers Bangalore on Sunday to become the second team to reach playoffs along with Chennai Super Kings. Last time when Delhi made it to the league stage of the Playoffs was back in 2012.

Half-centuries of Shikhar Dhawan, Shreyas Iyer and a cameo of Sherfane Rutherford help Delhi Capitals won their eight-match of the tournament only to reach the top of the table. 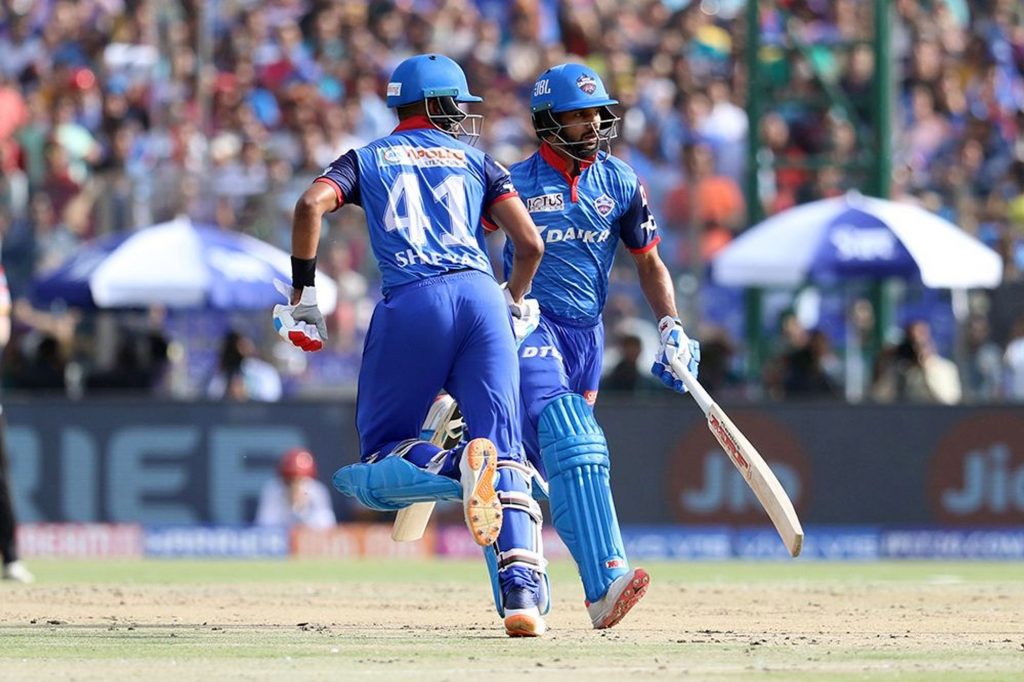 Kagiso Rabada and Ishant Sharma bowled superbly in the last four overs, not allowing Marcus Stoinis and Gurkeerat Singh Mann to keep their hopes alive for the playoffs.

Chasing a par 187, Parthiv Patel gave RCB a flying start. RCB notched 60 runs in the first six overs. However, in the space of 10 balls, RCB lost both the openers in the form of Virat Kohli and Parthiv Patel.

In a must-win game, RCB wanted someone from AB De Villiers and Virat Kohli to score a big inning only to get disappointed in the end. Virat Kohli lost his wicket on 23, while AB De Villiers fell for 17. Marcus Stoinis and Gurkeerat Singh Mann stayed around for some time but failed to take RCB home on Sunday.

Earlier, Delhi Capitals notched 187 runs in the first innings, thanks to half-centuries from Shikhar Dhawan and Shreyas Iyer. The duo stitched 68-run partnership to the total past 100 in 12 overs before Dhawan fell off Chahal on 50 in the thirteenth over. Skipper Iyer also played good innings of 52 runs off 37 deliveries.

Shikhar Dhawan is adjudged the Man of the Match for his outstanding fielding and a knock of 50 ?? pic.twitter.com/BANwIpMeiq

At one point Delhi looked like posting a total between 160-170, however, a late flourish from Sherfane Rutherford help Delhi reach a mammoth 187 in 20 overs.