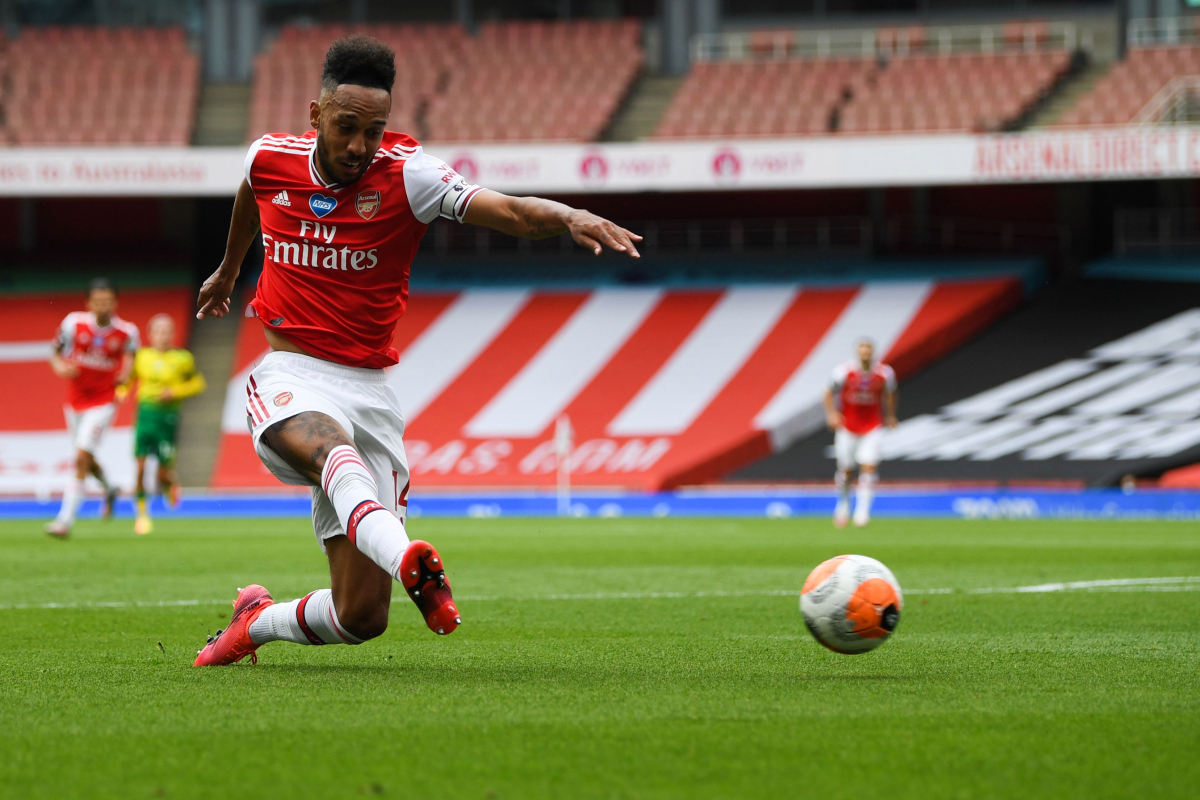 Arsenal forward Pierre Aubameyang became Arsenal’s fastest player to score 50 goals in the Premier League as he led his side towards an emphatic victory over Norwich City by 4-0 on Wednesday.

Aubameyang achieved this feat during his 79th appearance for the club as he netted two goals and took his tally to 51 goals on his name for the side.


By doing this, the 31-year-old striker surpassed former club’s legend Thierry Henry’s record of reaching this milestone by taking four games than him. Aubameyang now joins the list of the fastest 50 goals in the Premier League with an overall sixth place in the rankings. The overall list includes Alan Shearer, Ruud Van Nistelrooy, Fernando Torres, and Mo Salah the other players to notch the fastest 50 goals in the Premier League.

50 – Pierre-Emerick Aubameyang has scored his 50th Premier League goal in fewer appearances (79) than any other @Arsenal player, and is the 6th fastest to this total among all Premier League players. Clinical. pic.twitter.com/YWjDZJzFsP

“I’m really proud, really proud. First of all, I think of the team. What we did today… I think we deserved the win because we did a great job, everyone was working really well today, I’m really happy and very proud,” Aubameyang was quoted as saying on the club’s official website.

In the match, Aubameyang netted the first goal for the side in the 33rd minute of the match as he opened the account for the Gunners, which was followed by a fantastic goal by Granit Xhaka just four minutes after the first goal. The second goal doubled Arsenal’s lead over the Norwich City in the first half putting Mikel Arteta’s men in a commanding position.

The second half saw the Gunners scoring another two goals, and not allowing Daniel Farke’s men to even take the shots thereby completely dominating the entire second half of the game.

The last goal was netted by the debutant Cedric Soares as he took the field during the 77th minute of the match and within four minutes, he helped the side in taking an unassessable lead by 4-0.