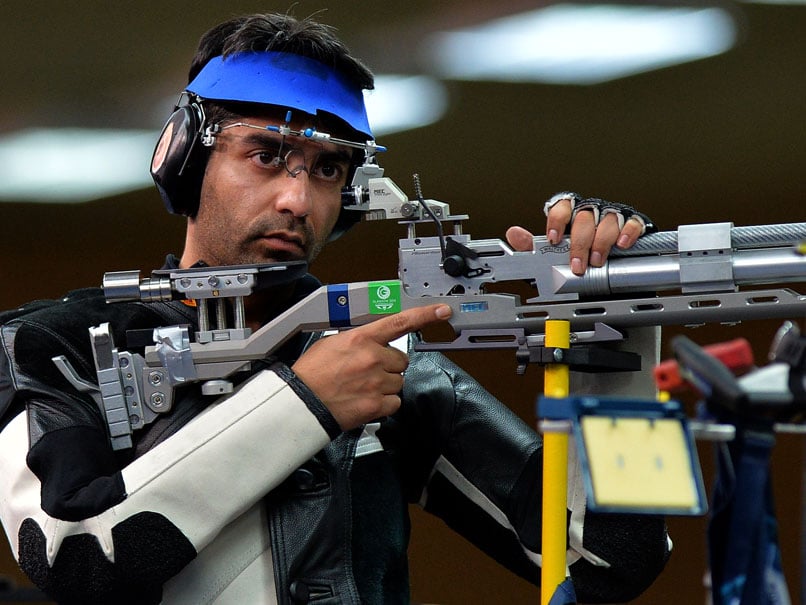 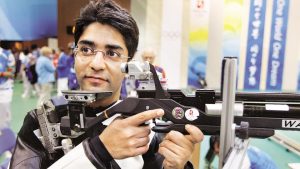 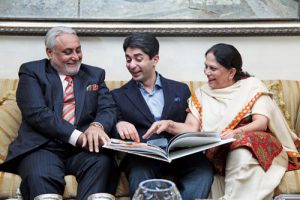 The Indian shooter was born on 28 September into a rich Punjabi family.  His father, Apjit Bindra, and mother, Babli Bindra, have played a vital role in his successful athletic career. Abhinav has completed his initial schooling from The Doon School and then was transferred to St. Stephen’ School in Chandigarh.

Bindra chose shooting when he was in The Doon School and with time Abhinav fell in love with the sport. Abhinav had shooting range installed indoor by his parents.

Since the starting of his shooting career, Dr. Amit Bhattacharjee and Lt. Col. Dhillon were his mentor. They both spotted capability inside Abhinav.

The shooter himself admits that he has no talent and he is only good at practicing regularly, fairly & diligently. From the very beginning, he had a dream of earning a gold medal at the district level. And that is the reason why the shooter admires his district-level achievement more than the Olympics. His determination and hard work purely paid off to him throughout his athletic career.

Abhinav Bindra also owns a B.B.A degree (Bachelors of Business Administration) from the University of Colorado in the U.S. He is the CEO of Abhinav Futuristics. In India, he is the only distributor of Walther arms. Bindra also has strong sponsorship tie-ups with BSNL, the Sahara Group & Samsung. One of the members of the Federation of Indian Chambers of Commerce and Industry (FICCI) Sports Committee, Abhinav Bindra, is also the brand ambassador of State-run Steel Authority of India Ltd. 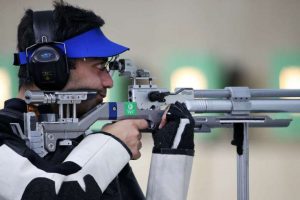 At the age of 15, Bindra participated at the Commonwealth Games 1998 & became the youngest contestant. But his career started in 2001 when he earned a bronze medal at the Munich World Cup by setting a new record score of 597/600. Surprisingly, he was also the youngest participant from India at the Olympic Games 2000.

In 2001, Abhinav earned six gold medals from various International Meets and in the same year he awarded the prestigious Rajiv Gandhi Khel Ratna award. In 2002, he also earned a gold medal in the Air Rifle and a silver medal in the individual event at the Commonwealth Games.

Besides his record-breaking performance in the Olympics, Bindra failed to earn a medal in Athens Olympics 2004. In 2006, he became the first Indian shooter to clinch a gold medal at World Championship. In the same year, he also earned one more gold at the Melbourne Commonwealth Games. But following his back injury, he was unable to participate at the Asian Games 2006. After back to back achievements, Abhinav was unable to continue shooting for one year due to the severe back injury. This break majorly affected his Beijing Games.

But the world saw a power-packed come back of Abhinav Bindra at the ISSF World Shooting Championships 2006 where he not only won the gold medal but also qualified for the Olympics 2008.

In 2008, Abhinav earned a gold medal at the Beijing Olympics in the Men’s 10 m Air Rifle. In the qualifying round, Bindra scored 596. Abhinav also received numerous rewards from the Indian state government as well as private organizations for his achievement at the Olympics. 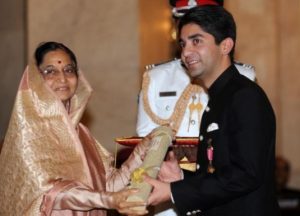 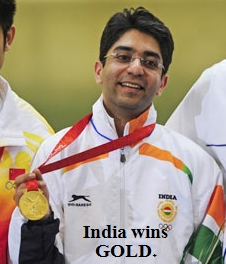 Apart from his exceptional performances & achievements, Abhinav Bindra has made many headlines, especially for his statements for other players. Following are some instances where Shooter Abhinav Bindra was dragged into controversy:

Abhinav’s net worth comes from being a sportsperson and a sports shooter as well. The estimated net worth of Abhinav Bindra is $ 500,000 to $ 1M approximately. 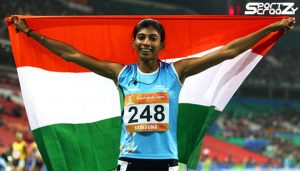 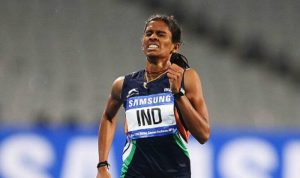 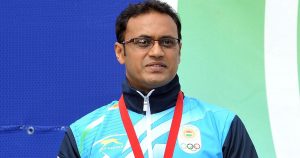 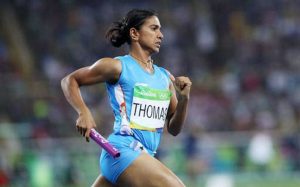