The game of cricket has seen numerous changes over the last 3 decades. One major shift in paradigm was the use of heavy willow to make the game more engaging and fearless. The experiment was successful and the balance of the game tilted towards the batsman. This is the reason that in the last 2 decades batsmen have broken all the old records and set a new benchmark. Every year new records are made and by the end of the year-old records are matched.

Out of all the records, one of them is hitting maximum of fours. And when it comes to India West Indies rivalry the batting ruthlessness reaches an all-time high.

Let’s take a look at the top 5 players with most fours in India West Indies ODI rivalry:- His balanced front and back foot wrist play allow him to play a wide array of shots. When it comes to facing West Indies batting becomes slightly easy for Virat Kohli. He has played 29 matches against West Indies so far and has scored 1768 runs at an average of 60.98 including 180 fours. 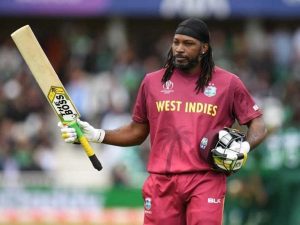 When it comes to sweeping the bowlers out of the park Chris Gayle is the best man for the job, but that doesn’t mean he can’t hit confidence denting fours. The tall man smashes the ball so hard that even the thick edges ran away towards the boundary at bullet speed.

His high backlift allows him to smash the bowl over the fielder head running towards the boundary. 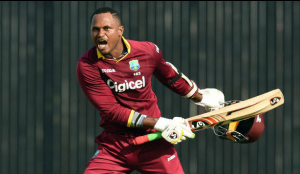 Marlon Samuels may not be as mammoth as other West Indies players like Chris Gayle or Kieron Pollard, but his ability to find the gaps on a consistent basis has helped West Indies to release pressure on numerous occasions. He may have retired from international cricket, but has helped West Indies win many nerve-jangling matches in the past. He has played 36 matches against West Indies so far and has scored 1139 runs at an average of 31.63 including 116 fours. Virender Sehwag along with Chris Gayle are the two batsmen that terrorized the World cricket for one and a half-decade. Who can forget Virender Sehwag double hundred against West Indies where he smashed the bowl across the boundary on 25 occasions.

Consistency may not be his forte, but his ruthless approach against the calypso beats was a treat to the eyes. He has played 19 matches against West Indies so far and has scored 784 runs at an average of 41.26 including 101 firing fours. When it comes to India West Indies rivalry Shivnarine Chandrapaul will always be a special mention in the list. The batsman never got his due from world cricket and always played under the shadow of legends like Brian Lara and Ramnaresh Sarwan.

But the amazing fact is that the southpaw has destroyed the careers of many bowlers across the globe with his unorthodox yet effective batting. He has played 31 matches against India and has scored 952 runs at an average of 30.70 including 96 fours.