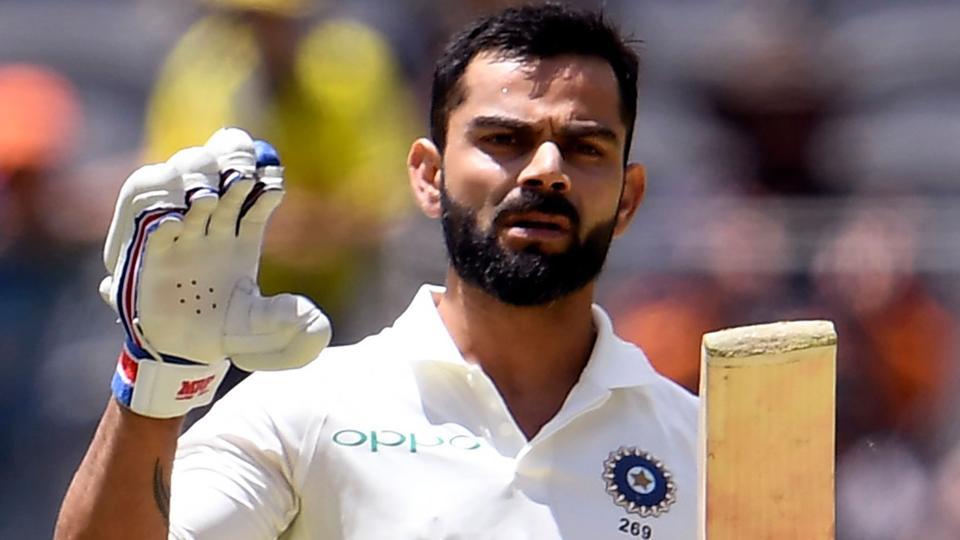 Indian skipper Virat Kohli has retained his No. 1 spot in the latest released ICC Test-Batsmen’s rankings. Kohli is currently ranked No.1 with 922 points, followed by New Zealand skipper Kane Williamson, who is a close second with 913 points, while Indian batsmen is at No. 3, exactly where he bats in test cricket, with 881 points.

Under Kohli’s captaincy, India registered their first ever series win against Australia in their own backyard. Indian team has also retained No.1 spot in the latest rankings followed by New Zealand and South Africa, who are placed 2nd and 3rd respectively.

In the bowler’s rankings, Australian seamer Pat Cummins climbed to the No. 1 spot, followed by the Englishman James Anderson, while South African fast bowler Kagiso Rabada is just behind the duo, in at No. 3.  Ravindra Jadeja and Ravichandran Ashwin are the only Indian players to feature in the top 10 list; Jadeja is at sixth position with 794 points, while Ashwin placed at 10th position with 763 points.

In the All Rounder’s list, only Ravindra Jadeja and Ashwin feature in the top 10 list with 3rd and 6th positions respectively. The list is headed by West Indian all-rounder Jason Holder (1), and Shakib Al-Hasan (2) of Bangladesh.

Under Virat Kohli’s captaincy, team India has performed well in the past few years. India has been a dominating side in Test Cricket, playing some aggressive cricket. Last year in November, the side beat Australia on their home soil creating history, after which Kohli expressed the pride and happiness in the post-match presentation ceremony, “Firstly, I want to say I’ve never been more proud of being part of a team, than this one right here. The culture we’ve built… our transition began right here, where I took over as captain, and I can’t believe that after four years we’ve won here. Just one word to say, ‘proud’, to lead this team and it’s an honour and privilege. The boys make the captain look good.”