Team India must have bounced back in the second match of the ongoing four match series against Australia but when it comes to dealing with injuries the visitors hopes have been dented again as their ace all rounder Ravindra Jadeja has been ruled out of Border-Gavaskar Trophy. As he suffered a blow on his hand on Day 3 of third Test match while batting. He was immediately taken for scans once Indian team was bowled out on 244 runs in their first innings. As per latest reports India will have to play remaining matches without the services of swashbuckling all rounder. 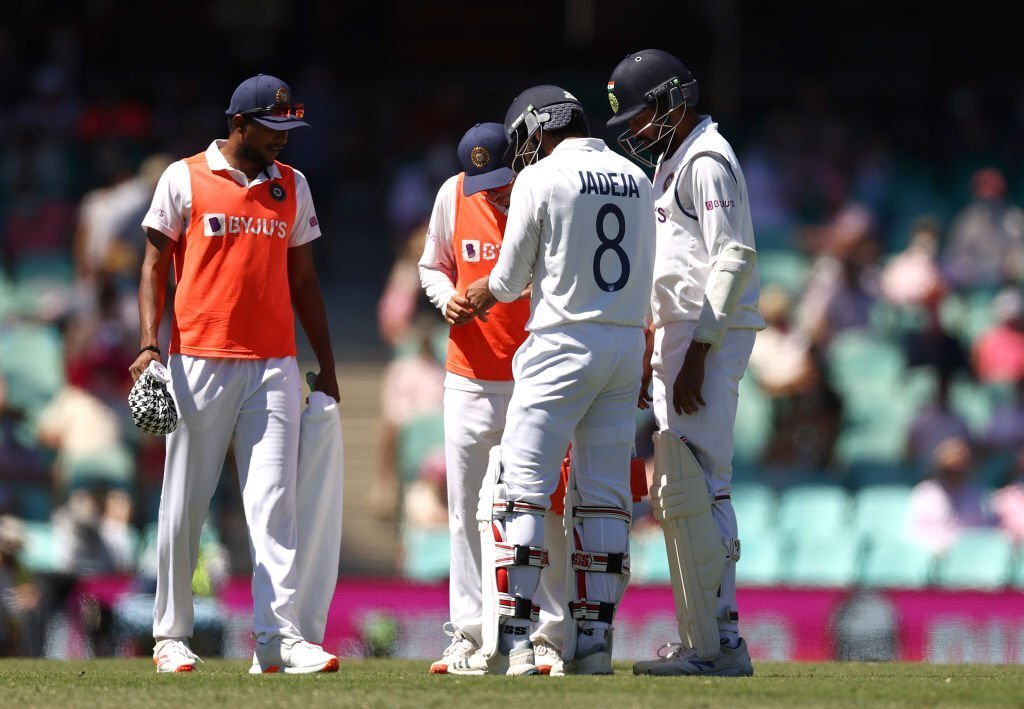 However Umesh Yadav, Mohammed Shami, and KL Rahul were ruled out of the Test series due to injury blows sustained during the series.


As per the reports quoted from some media, Jadeja who played an instrumental role in first innings by clinching four wickets have dislocated his thumb in that case it is ideally not possible for him to either bat or ball.

The news was shared regarding Jadeja’s injury by Senior Sports Journalist Boria Mazumder who took to Twitter to announce this mishappening where he wrote “In what is a huge blow for India there is a dislocation in @imjadeja s left thumb and it can also be a fracture. Final reports awaited. Very very damaging this for India with Jadeja not available to the team.”

Taking about the match Australia is looking in strong position at the moment and if the visitors have to make a comeback in the game which is looking slightly difficult at the moment they need to bat extremely well for minimum one and half days to save this test match.