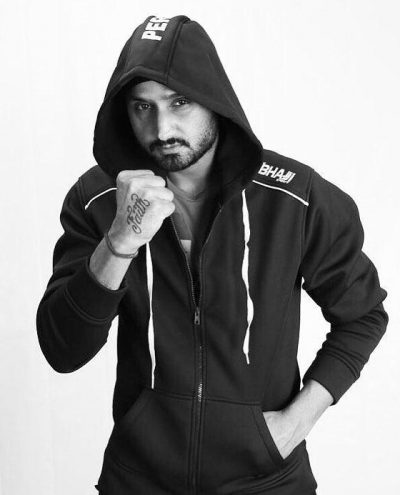 One of the best off-spin bowlers India has ever produced Harbhajan Singh is counted among the most celebrated cricketers in Indian cricket. He made his ODI debut on 17th April 1998. Turning up for Punjab cricket team, Harbhajan wreaked havoc in domestic cricket and then made a name for himself in international cricket.

Hailing from Punjab, Harbhajan Singh was born on 3rd July 1980 in a Sikh family in Jalandhar. He did his schooling from several schools such as Jai Hind Model School, Government Model Senior Secondary School, Doaba School, and Parvati Jain High School.

His father, Sardar Sardev Singh Plaha was a businessman, who ran a ball-bearing factory while his mother, Avtar Kaur is a housewife. Harbhajan is the only son and has five sisters in his family. His father was keen to make his son a cricketer and did all that was in his capacity to make him a cricketer.

Harbhajan Singh is very close to his mother and has been taking care of the whole family ever since his father left them in 2000.

Harbhajan Singh has four elder sisters and one younger sister. Harbhajan Singh’s father died in 2000 followed which he took all the family responsibilities on his shoulders. By the year 2001, Harbhajan Singh organised marriages for three of his sisters. Harbhajan Singh is married to Bollywood actress, Geeta Basra. After dating for several years, the duo tied the knot on 29th October 2015.

Harbhajan Singh’s wife, Geeta Basra was born to a Punjabi Indian parents in Portsmouth on the south coast of England. Geeta made her Bollywood debut with Imran Hashmi in Dil Diya Hai, released in 2006.

His Love Story: Harbhajan Singh and Geeta Basra dated each other for several years before tying the knot on 29th October 2015.

Harbhajan Singh first saw Geeta in the music video named ” Woh Ajnabee”. At that time he was playing county cricket in London. He then expressed his desire to meet her by telling to his friend.

“I didn’t have too many friends in the filmy circuit. I told a couple of friends ki, ‘Mujhe isse milao yaar, kaun hai yeh’.” Harbhajan Singh said.

During the inaugural T20 World Cup 2007 in South Africa, Harbhajan Singh got Geeta’s number. The Indian spinner texted her, ‘I am so and so and I would like to meet you over tea or coffee’ to which, He didn’t receive a reply for a few days.

Geeta finally replied to Harbhajan after the finals of T20 World Cup, congratulating him for the victory. ‘Well done on winning the 20-20 World Cup. We are very proud of you and all the best. Keep making all Indians proud’. she wrote.

And this is how they met for the first time and rest is history.

Affair With A Sri Lankan Girl

Harbhajan Singh also recalled his under-19 days and talked about difficulties he faced for not knowing how to speak English. During India’s under-19 South Africa tour, he used to listen attentively to Ajit Agarkar whenever he was ordering the food. He also said that he tried to speak in the same manner but the room service guy did not understand.

1. Harbhajan Singh doesn’t smoke and drink and is one of the fittest cricketers in the Indian cricket fraternity.
2. Harbhajan Singh wreaked havoc in the 2001 Australia series where he picked 32 wickets in three matches and thereby bagging the Man of The Series award.
3. In the same series, he became the first Indian cricketer to claim a hat-trick in Test cricket.
4. With a desire to produce Punjabi films, Harbhajan Singh started a film production company named “BM Media Productions” in 2013.
5. In the year 2009, Harbhajan Singh received Padma Shri Award and Arjuna Awards for the excellent contribution in sports.
6. Harbhajan Singh has captained Mumbai Indians and Punjab Ranji Team in his cricket career.
7. In 2005, he went to England to play county cricket for Surrey.
8. After his stupendous performance in the 2001 Australia series, Harbhajan Singh was designated with the Deputy Superintendent in Punjab Police. 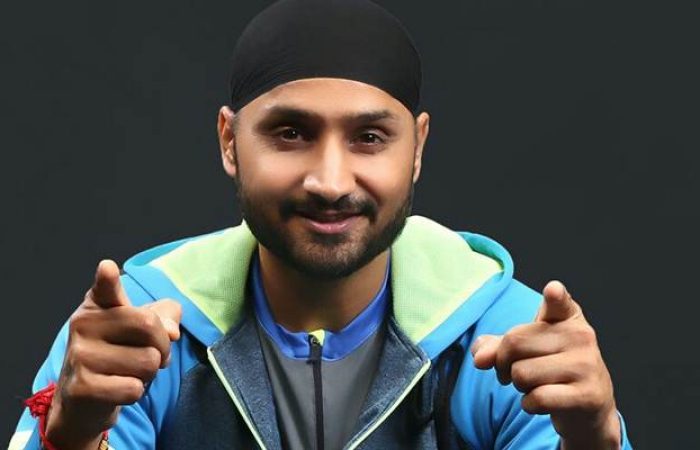 Indian cricketer, Harbhajan Singh is regarded as one of the best off-spinners the world has ever seen in the history of the game. The 39-year old cricketer has made a lot of records during his international career. He made his debut in international cricket in a test match against Australia on 25th March 1998 against Australia. Harbhajan couldn’t make a significant impression during the early years of his career. Come 2001 Australia series, Harbhajan exhibited his capabilities with the ball, bagging the most number of wickets in the series. With 32 wickets in just 3 tests, Harbhajan Singh took home the man of the series award and also became the first Indian to take a hat-trick in Tests.

To know more about Harbhajan Singh’s career stats and his journey from domestic cricket to international cricket: Click Here

Harbhajan Singh is very active on social media and has a huge fan following on all social media platforms. He has more than 4m followers on Instagram and more than 10million on Twitter.