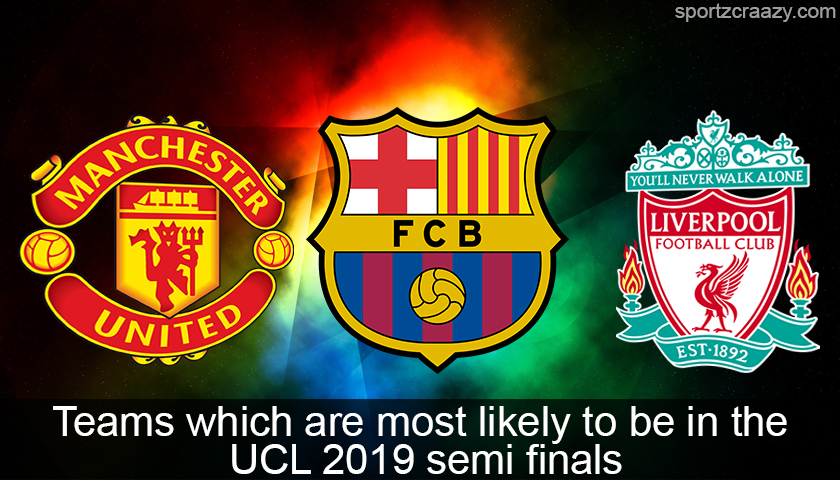 Champion’s League football has almost reached to its final stages and it has seen some of the biggest upsets and surprising victories in the process. Whilst the football fans have witnessed the exit of big names like Real Madrid and PSG much before they were expected to, they have seen some of the underdogs like Ajax and Manchester United making into the next rounds.

On the other side, we are yet to see whether Liverpool would be able to repeat their heroics of last years in the second leg of the last 16 matches at the Allianz Arena and even Juventus would be having a big task in hand once they face the Atletico Madrid team in order to get over the deficit they have faced at the Spanish club’s own backyard. With that said, we can certainly quote that the coming weeks are going to be quite a treat for the football fans worldwide and with most of the teams eyeing their first UCL title after a while, let’s take a look at the teams which are most likely to go through in the UCL 2019 semifinals. 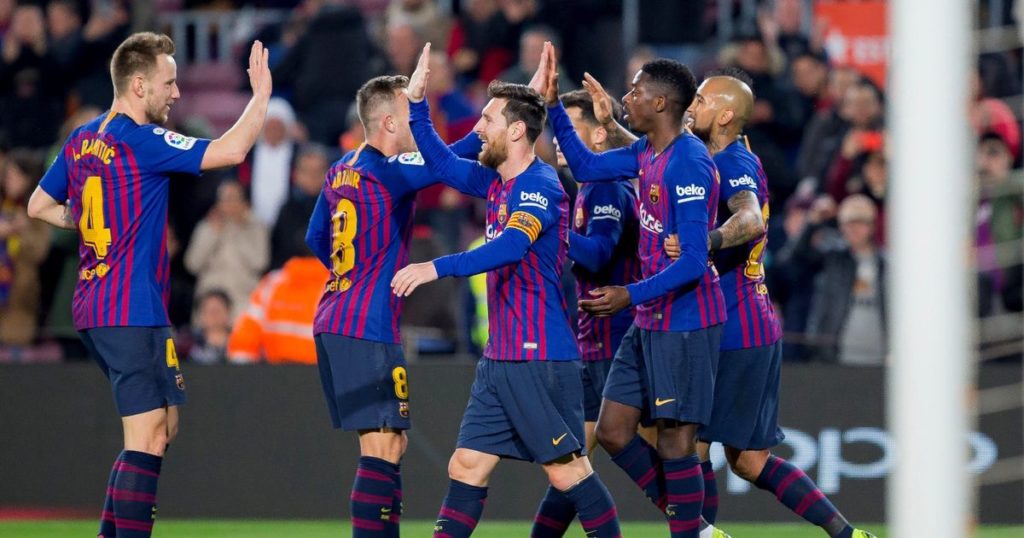 Barca would be having a big task in hand whilst they will be facing Lyon at camp nou after both the teams went through a goalless draw in the first leg at Lyon. Moreover, after seeing their arch rivals bowling out of the coveted league at the hands of Ajax, Barcelona got all the reason to stay cautious of not letting another upset getting repeated. On the other side, odds are highly favoring the Catalans to make a place in the next round and they are even amongst the favorite teams to win the UCL 2019 title after a long gap.

Barcelona seems to be cashing big time on the bad form of Real Madrid and not only they have ousted the Los Blancos from the Copa del Ray, they have ensured making a big gap of 12 points in the La Liga alongside. Additionally, Messi is going through the form of his life and he has recently become the third player with the most appearances for the Catalans in all the games. Also, the rest of the team mates are also fired up and they seem like getting over the void left by the exit of their former star Neymar to PSG few years back. Thus, we can surely say that Barcelona is the top favorites of making into the last 4 of the UCL 2019 and they further stand a big chance for winning the trophy this time around. 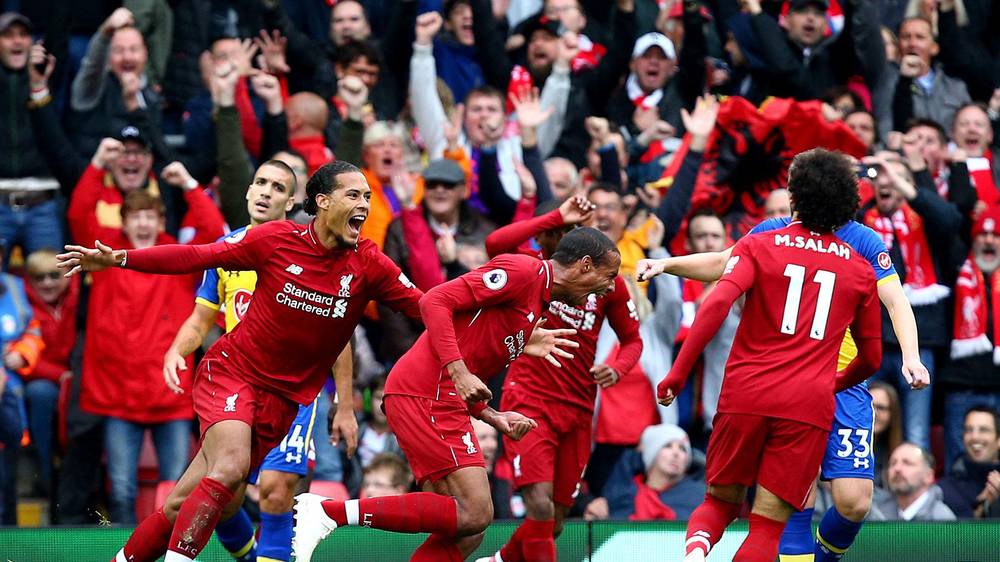 If there is one team which has surprised everyone during the last season of UCL, it has to be Liverpool. Not only they have ousted some big names form the tournament on their way to the finals of the tournament, they have also impressed even the football critics with their impeccable game on the pitch. Driven by the standout managerial skills form their star coach Jurgen Klopp, the team is seeing the best of their time after a long period and with names like Salah, Mane and Firminho at their side, there’s every chance that they will get along with the challenge even this time around.

On the other side, Liverpool would be facing a stern challenge when they will be up against the “Giants of the Germany” Bayern Munich at their own backyard after a goalless draw at the anfield. Although many are quoting Munich as the favorites to win the match eventually, we must not forget the impeccable record Liverpool holds in all the away games in the past few years. While we said that, we can also consider the Reds to bring on a big threat to all the big teams this time around as well and they are another team after Barcelona to hold the favorite tags to reach the semi finals of the UCL 2019. 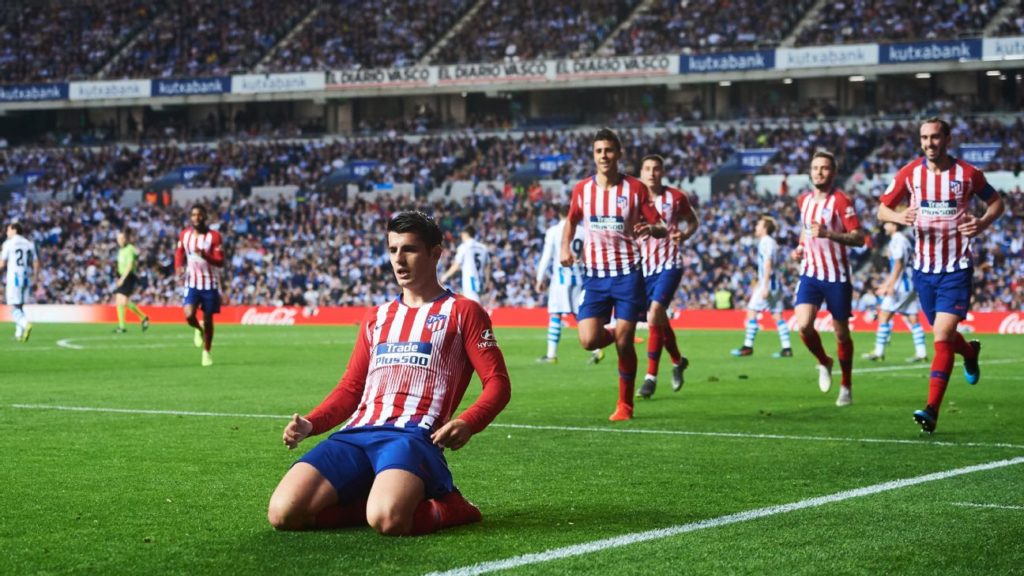 Atletico Madrid has come over as the “ dark horses “ of the UCL and looking at their past record in the Champions League, we can certainly say that they hold a big chance to overcome the challenge by the Italian giants “ Juventus” in the second leg as well. On the other side, Juventus would be giving it their all to get over the 2-0 deficit they hold by the hands of the Spanish team and with the likes of Ronaldo, Dybala and Mandzukic at their back, there is something special up there for all the football fans this time around. Still it would be really interesting to see how Juventus would be taking their best game against the Spanish team and they certainly have to play their skins out of their bones in order to secure a victory out of the same clash.

Atletico Madrid would be riding high on the back of their star players Griezzmann, Morata and Godin and with them going through the best of their form currently, we can certainly say that they holds a big chance of ousting the turns at their own backyard. Also, they are certainly one of the many teams to make it in to the semi finals of the UEFA champion’s league once they get through the “Juventus” challenge this week around. 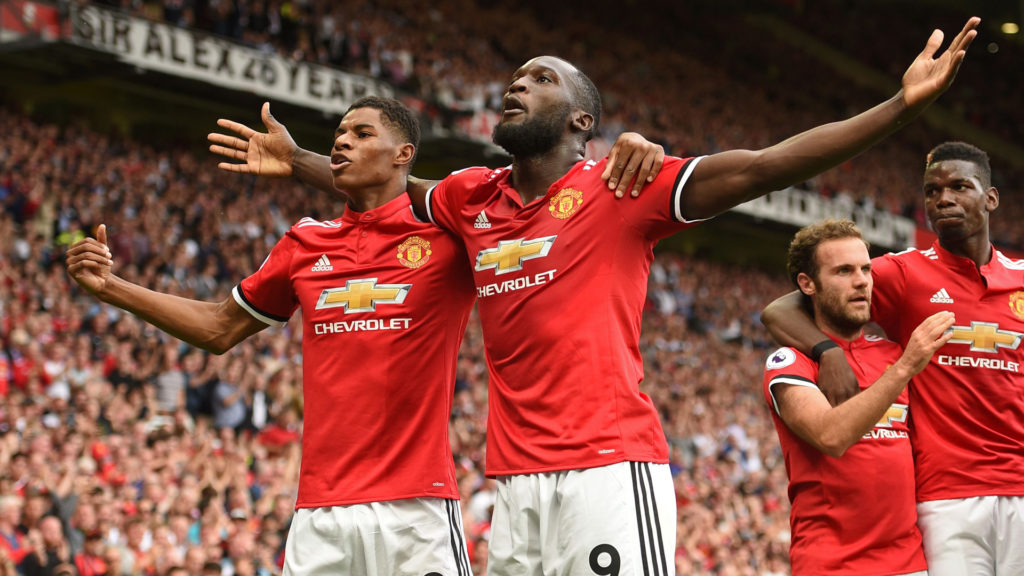 It might not sound that feasible to most of the football experts, but United has come over as one of the biggest surprise packages of this UCL 2019. Not only they have defeated Juventus at their own backyard in the group stages, but also ousted a team like PSG which was once been termed as the favorites to win the UCL 2019 this time around in their recent knockout match.

United was reeling downs in terms of their game and performance few months back but they have made a tremendous come back under their new manager Ole Gunner Solskjaer in both the English premier league and the champion’s league alongside. Moreover, they have brought on some of the biggest comebacks of all time recently when they secured a victory against PSG after being down 2-0 to them in the first leg and this certainly shows that this team is not giving up anytime soon on their UCL dreams. Moreover, most of their players are at the peak of their game and with the likes of Pogba, Lukaku, Rashford and Sanchez at their back, we can certainly quote them as one of the favorites to make it into the UCL semi finals this time around.